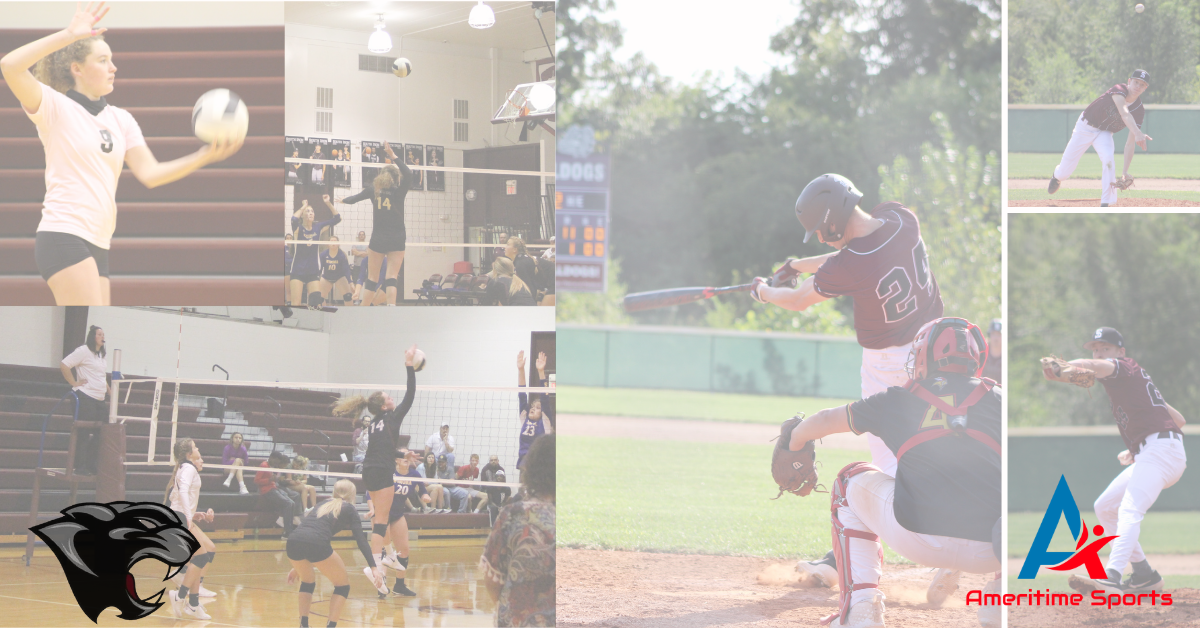 Brock Wakefield and Drew Gayle are the inaugural Ameritime Sports award-winning athletes for the Fall Season. Congratulations to these fine young athletes on an incredible year and a job well done.

Sure, it’s not the ESPY’s, but we at Ameritime Sports figured it was high time to start shelling out accolades of our own.  We cover such a broad stretch of profound and talented athletes that we felt those that truly go above and beyond deserved a little extra recognition.  So without further ado, here are your inaugural Ameritime award-winning athletes for the Fall Season at South Iron High School. 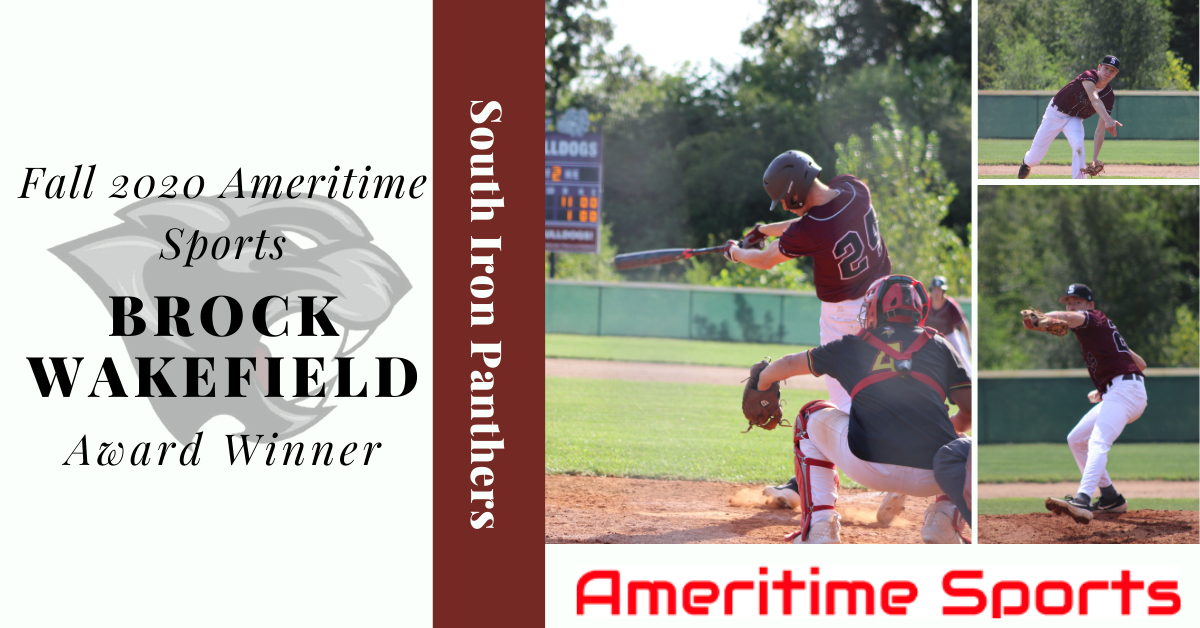 Ok so a slick-fielding, power-hitting shortstop and a dominant swing-and-miss starting pitcher walk in to a restaurant…  Let’s just skip to the punch line shall we?  They’re both Brock Wakefield.

The South Iron Panther dual-threat was as fearsome in the batter’s box as he was on the mound this past season.  The sweet-swinging shortstop made opposing hurlers quake in their cleats as he absolutely raked to the tune of a .596/.703/1.021 batting line.  That disgustingly incredible 1.724 OPS came served with a side of 22 RBI, eight doubles, three triples and two homers.  All of which led his 13-3 club on the diamond.

As for Wakefield’s talented right arm, when he wasn’t throwing out opposing runners on the basepaths, he was throwing bee-bees to opposing hitters.  In his 32.2 innings pitched on the season (which led the team) he managed a barely legible 1.50 ERA and 0.86 WHIP.  Oh, and he fanned 59 batters in those 32.2 IP.  Good for a ridiculous 16.25 strikeouts per nine innings (k/9).

These incredible numbers and achievements led to him being named the three-time Black River League All-Conference player, two-time All-District player and All-State and BRL Player of the Year in 2019.  Not to mention his efforts earned these choice words and respect from his Head Coach and Athletic Director Dusty Dinkins.

“Over the past few seasons our baseball program has seen vast improvements. Brock has been very instrumental in our baseball program’s growth and success. Through his leadership, work ethic and game performances he has helped lead our team in many exciting moments and victories! “

Congrats Brock on an incredible and unforgettable season. 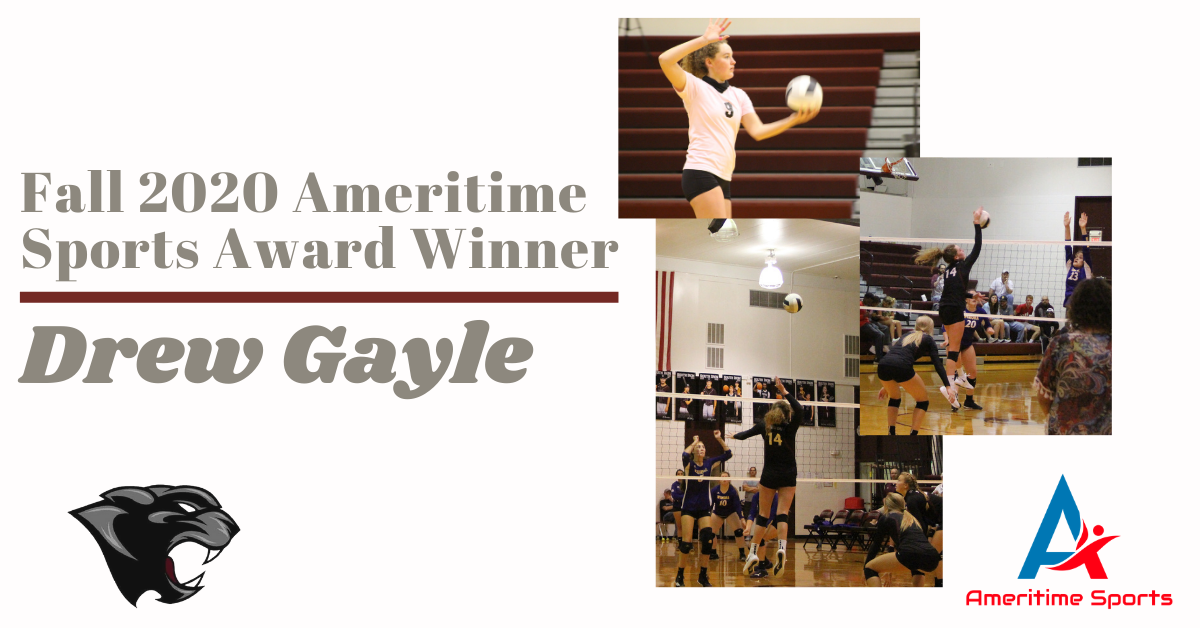 Pick an adjective.  Chances are if it’s complimentary or flattering it can likely be used to describe South Iron’s Volleyball maven.  Drew Gayle’s performance on the court this season as a blocker and a hitter could generate enough expressive adjectives to make a Harvard English professor blush.

Such an exceptional athlete is almost certain to have coaches, fans and media alike scrambling for new words to describe her excellence for years to come.  And we can’t blame them either, after looking at Drew’s season stat sheet.  Fifty aces, 247 kills, 42 blocks, 240 digs and 350 assists in a season would make any wordsmith dig up their thesaurus.  Well, we think so anyway.  And we didn’t even have to mention the fact that she was named 1st Class All-State, BRL All-Conference and a finalist for Volleyball Player of the Year.

Gayle’s Head Coach Adriann D’Amico certainly thinks so as well. She had some prized words for her impressive young superstar, saying, “Drew is a tough competitor and a player that our team can count on to work hard in every practice and game. She stepped into a big role for our team this year and was able to handle it very effectively. Drew understands the game and is always working to be a step ahead of the competition to help her team win the point. She was strong on our front line this year as a blocker and a hitter. As a setter, she worked hard to set the best ball for her hitters and looked for feedback on ways to improve. Drew is a great teammate and carries the same work ethic in the classroom.”

We couldn’t have said it better.

Congrats Drew on an incredible and unforgettable season.