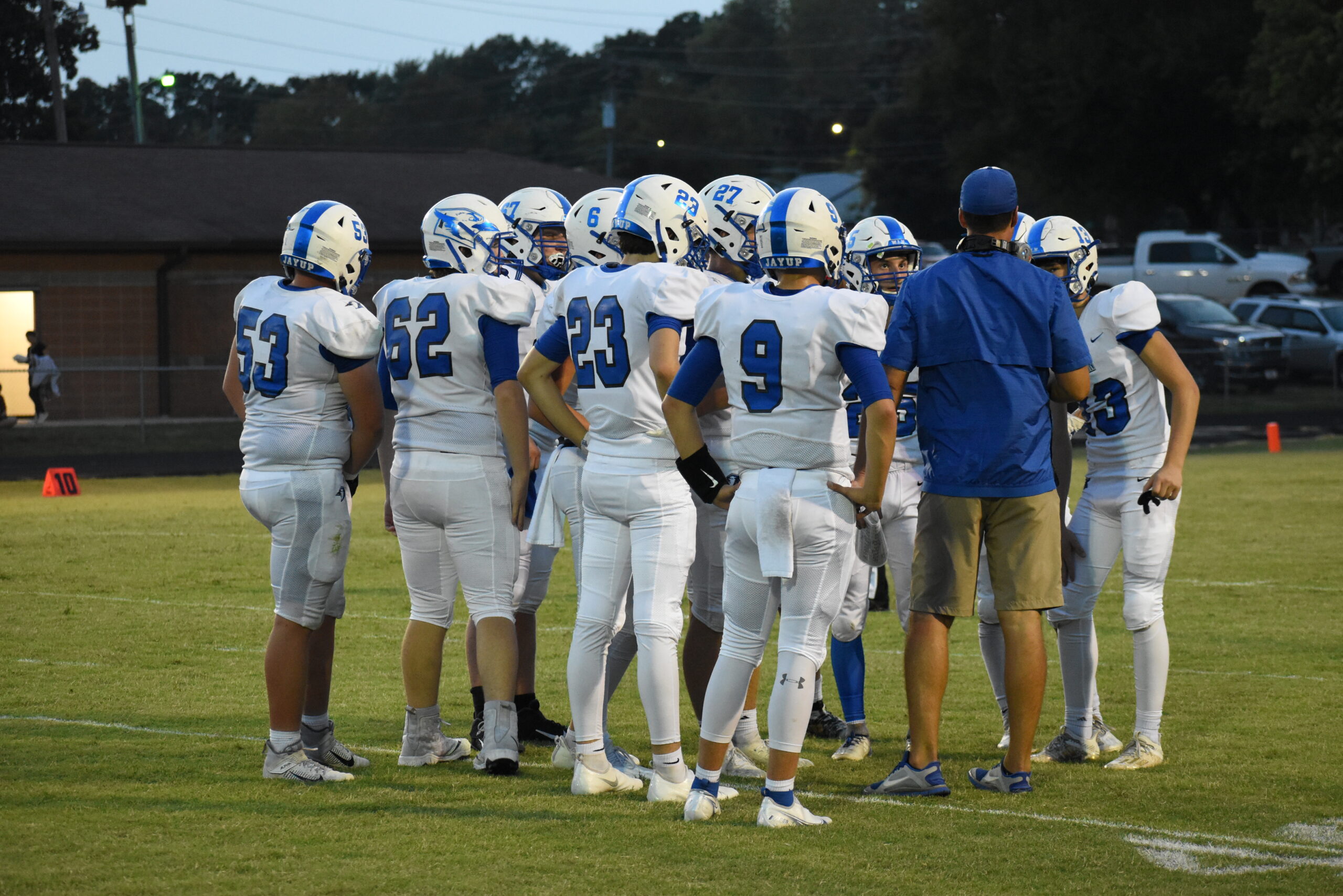 Ameritime Sports breaks down the upcoming season for the Jefferson R7 Blue Jays in the 2022 Season Preview Series.

Like a quiet assassin in the dark, the 2022 Football Season has suddenly crept up on us and is getting dangerously close to getting underway. That means it’s time to take our annual deep dive into the newest version of this year’s Missouri Varsity High School Football standouts. Next up are the Jefferson R7 Blue Jays, so naturally Ameritime Sports caught up with first-year Head Coach Matt Atley and picked his brain about this year’s squad.

For a school that’s only been in existence since 2009, Jefferson High School has certainly made its mark on the football gridiron.

The Blue Jays haven’t posted a losing season since 2014 and made it to the Class 2 State Semifinals in 2020. But a new era of Jefferson football kicks off in 2022 as Atley takes over as Head Coach after the departure of Alex Rouggly, who will concentrate on being the school’s Athletic Director and Director of Student Services.

“We had one of the best QB’s to ever come through our program graduate this past spring so we will have some work to do in finding a new QB. We also lost several key pieces from our receiving core last year and our defensive secondary.”

That’s why Atley plans to lean heavily in 2022 on RB/OLB Sean Usery.

“Sean has been a two-year starter for us and is a versatile offensive player. Defensively, he has a high motor and flies around. Sean is a leader of our skill group on both sides of the football.”

Atley has a pair of other two-way players he will count heavily on this season.

Sam Stokes is a RB/OLB who was 1st team All-Conference and All-Region in 2021.

“Sam started for us last season and became one of the best defenders on the team pretty quickly. He has a knack for finding the football and is rarely caught out of position.”

On the line, Konner Armstrong was 1st Team all-conference on both sides of the football last season.

“Konner is the leader of our offensive & defensive lines. He has been a two-year starter for us.”

Nate Bernatow is a Senior who Coach Atley said has worked hard in the weight room and will play inside linebacker.

A newcomer to the Varsity level who figures to make an impact is Max Schnitzler, who had a lot of success on the JV squad the past couple of seasons.

As far as replacing Breeze at quarterback, Atley says Karson Haefner and Kole Williams will compete for the job.

“We have some new pieces in place this upcoming season, but we also have a pretty good group of returners,” Atley said. “We expect to play Jefferson football, which is great effort, hard-nosed and physical on every snap.“

As far as key games this season, Atley mentioned two conference rivals in St. Pius and St. Vincent as well as a newcomer to the non-conference slate in Ste. Genevieve.

The Blue Jays kickoff the 2022 season on August 26th at 7pm on the road against Fredericktown.