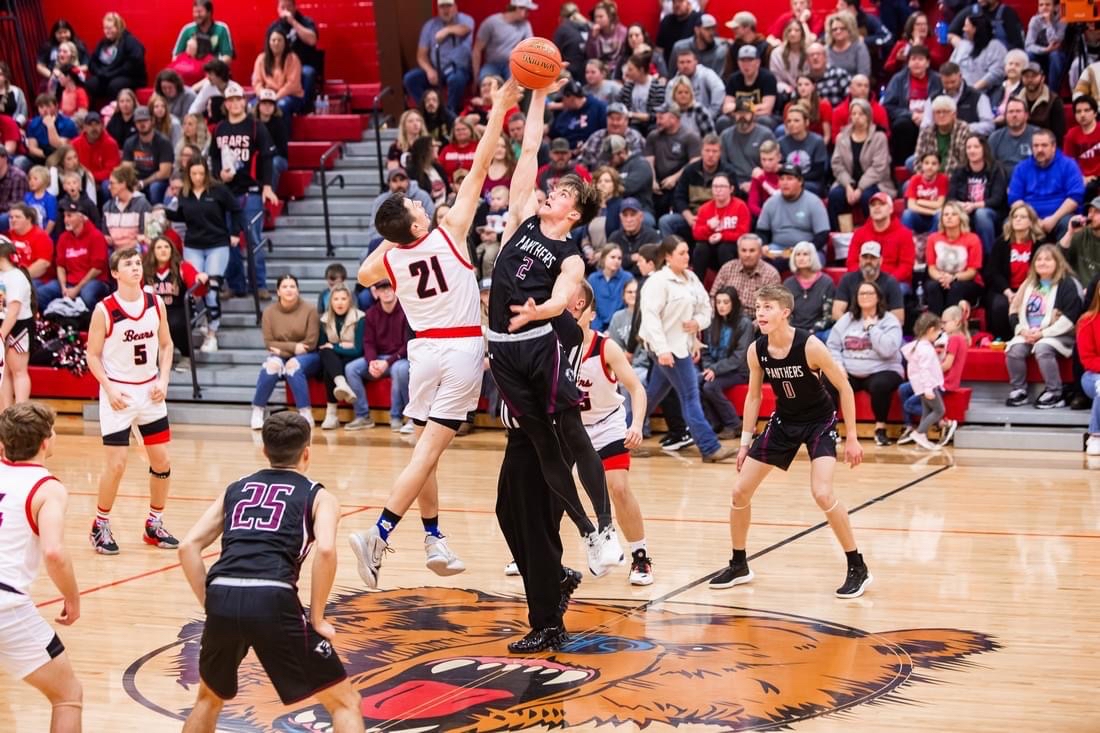 The South Iron Panthers take care of business against Van Buren, but fall to Greenville on a tough road trip.

It was a rollercoaster of a week for the South Iron Boys Varsity Basketball team. The Panthers took down Van Buren on Tuesday 51-33 to extend their winning streak to five games, but they ran into a buzzsaw on Friday. The 14-1 Greenville Bears gave the Panthers fits and handed them their second loss of the season with a 62-50 victory.

Let’s start with the good news. The Panthers travelled to Van Buren on Tuesday and stuck it to the Bulldogs early, and the defense was particularly smothering in this one. South Iron dropped a dozen on the Dogs in the first and held them to a meager four points. The second quarter would be an even more convincing effort, with the Panthers unloading for 17 and allowing just five, for a dominant 29-9 first half lead.

After the break the Panthers kept piling on with a 14-8 third quarter, and that gave them a 26-point lead heading into the final eight minutes. The subs got some experience minutes in the fourth, and South Iron hung on to win handily, despite being outscored 16-8 in the fourth quarter.

Per the usual, Jermartez Burse was the leading scorer in this one with 17 points. He had five rebounds, three assists, two steals and a block, as he filled up the box score. Sawyer Huff had 11 points and three steals, while Kolton Dinkins had 10 points and a team-high four assists. William Malone and Hunter Huff each had eight boards to pace the play on the glass.

That win made it five in a row for South Iron, but they had to travel to Greenville three days later to take on an extremely tough Bears team, and those Bears came out hot. They went up 20-13 after the first quarter and the Panthers had trouble finding an answer for this penetrating Greenville offense. South Iron battled back in the second quarter though with a 15-11 effort, but they still found themselves trailing 31-28 at the half. Something they have not been accustomed to the past few years.

The Bears were pumped up after the break though, and extended their lead with an 18-15 third quarter. The Panthers just didn’t have an answer to stop the Greenville attack in this one, and a 13-7 fourth quarter in favor of the Bears squashed any hope of a comeback. When the final whistle blew it was 62-50 and South Iron was dealt just their second loss of the season.

Burse led the way again with 19 points, but missed the mark more often than not from downtown, going just 1-for-8 from beyond the arc. He still had a great all-around game though, with team highs in rebounds (eight) and steals (four) as well. Sawyer Huff was the only other player in double figures with his 13 points. He had seven boards, but also led the team with six turnovers.

This was just a minor hiccup amidst a season of brilliance, and a betting man would wager the Panthers will rebound in a hurry. Their next challenge is the annual Black River League Tournament, and South Iron has already secured a first round bye as the top seed. They will face the winner of Ellington vs Clearwater on Thursday evening.