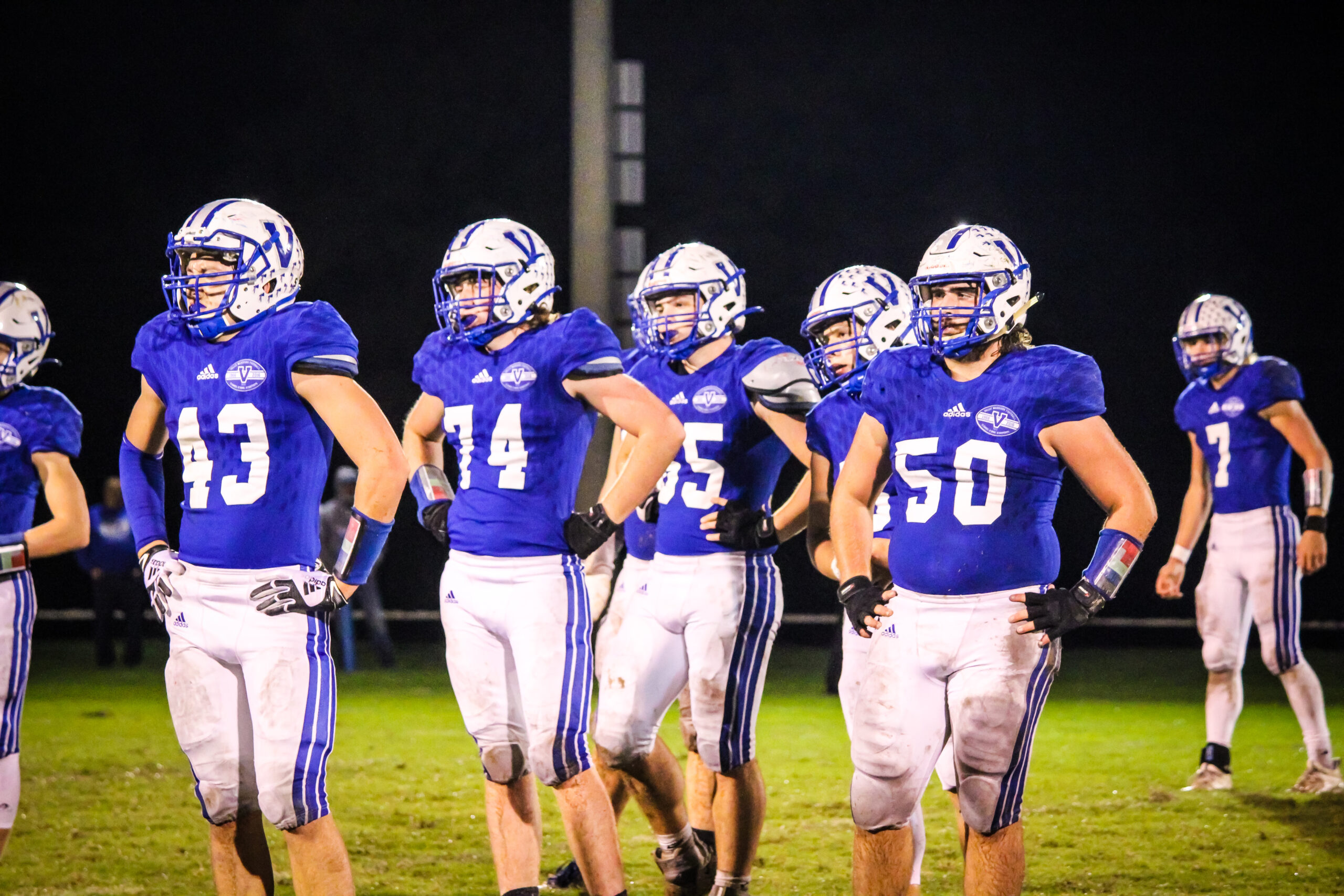 Ameritime Sports breaks down the upcoming season for the Valle Catholic Warriors in the 2022 Season Preview Series.

Like a quiet assassin in the dark, the 2022 Football Season has suddenly crept up on us and is getting dangerously close to getting underway. That means it’s time to take our annual deep dive into the newest version of this year’s Missouri Varsity High School Football standouts. Next up are the Valle Catholic Warriors, so naturally Ameritime Sports caught up with revered Head Coach Judd Naeger and picked his brain about this year’s squad.

Last year the Warriors had a remarkable season, going 10-1 with their only loss coming in the District Finals to the eventual State Champions (St. Mary’s). They played incredibly well on both sides of the ball with an unstoppable offense and a stifling defense en route to a perfect regular season and the program’s 600th win, but ran into a buzzsaw in a St. Mary’s squad that should have been ranked a couple Classes higher. Still, it was a banner year for the Warriors, and the football machine that is Valle Catholic will look to repeat and potentially build on last season’s success.

Valle lost seven Seniors to graduation (Aiden Heberlie, Isaac Roth, Luke McClure, Charlie Friedman, Collin Vaeth, Michael Okenfuss and Josh Bieser) that were all key contributors, so they will have their work cut out for them in 2022. But as is every year in the Warriors’ system, they will return an arsenal of last season’s impact players and a fresh crop of new ones to step it up at the next level.

Notable impact returners include Noah Elbert, Jacob Elbert, Jacob Calbreath, Jackson Fowler, Isaac Viox, Tim Okenfuss, Sam Drury, Chase Fallert, Bryce Giesler, Eli Fallert, Grant Fallert, Carson Tucker and Brandon Giesler.
Losing a batch of talent of that caliber is a tough pill to swallow, but Valle’s returning players are quite formidable to say the least and history suggests the transition should be pretty seamless. “We have quite a few guys we will rely on (including relying on several of the names listed above). Balance and taking what the defense gives us is always key,” noted Coach Naeger.
Expectations are always high for Valle, and because of their perennial success they seem to have a target on their back year after year, but their Head Coach sees the bigger picture when it comes to what he expects from the season. In his words, “to improve each week and help young men grow in a relationship with each other and their God, and gain confidence while becoming more selfless.”
Knowing full well Coach would take the high road here, we still asked if there are any key games this season? Naeger bluntly stated, “they are all important, and our schedule is loaded.” This of course is true, with Valle taking on some big names in 2022 including Festus, Park Hills Central, Ste. Genevieve, Vianney and Kennett. All much larger schools with a very deep talent pool to fish from, creating an all too familiar David and Goliath situation for the tiny yet potent Valle Catholic High School.
Thankfully, the Warriors are stacked at offense and defensive line with plenty of depth to boot. They also return some experienced signal callers and have plenty of seasoned options at the the wide receiver and running back positions, so the offense should be clicking as usual. But there will be fresh faces in the mix as well. “We are always looking to add more younger guys to the Varsity,” said Coach Naeger.
He also gave us some insight as to what the batch of upperclassmen looks like this season, saying, “Gielser, Chase Fallert, Drury, Noah Elbert, Tim Okenfuss and Calbreath all started some as Sophomores and played for three years. Noah and Chase started a lot as Freshmen as well. They and the rest of the Seniors need to continue to lead with hard work for us to achieve a lot on the field. We have strong group of Juniors and three or four Sophomores that will help to provide depth.”
Valle always does an excellent job of rotating younger talent into the lineup in meaningful regular season games, which is why a large batch of graduating Seniors doesn’t sting as much as it would with other programs. It appears this year will be no different as the Warriors have a lot of experience to lean on and help welcome in some important new faces.
Greatness never seems to elude this Valle program, at least if you believe in history and statistics, so expect more well played, gutsy, passionate football in 2022.Don’t forget to download the Streamline Sports app our sister companies to watch Valle Football Live Streams this year:
Good luck Warriors!
2022 Football Season Preview Series: Valle Catholic Warriors