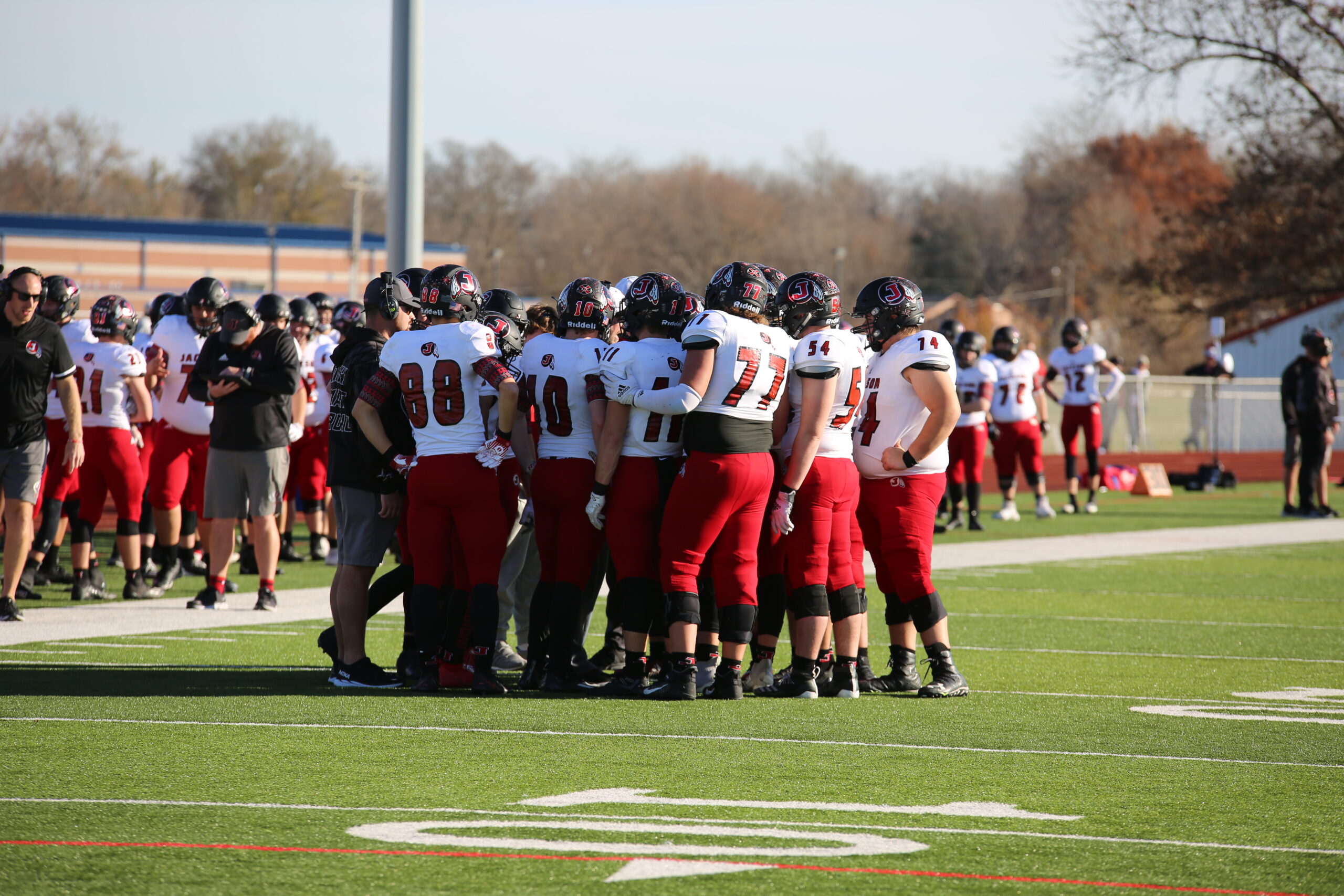 Ameritime Sports breaks down the upcoming season for the Jackson Indians in the 2022 Season Preview Series.

Like a quiet assassin in the dark, the 2022 Football Season has suddenly crept up on us and is getting dangerously close to getting underway. That means it’s time to take our annual deep dive into our football season previews. First up are the Jackson Indians, so naturally Ameritime Sports caught up with Head Coach Brent Eckley and picked his brain about this year’s squad.

The Indians were a force to be reckoned with yet again in 2021, notching their fourth consecutive perfect regular season. They went 12-1 overall and racked up a ridiculous 607-141 points for/against ratio in a season where they looked untouchable. Sadly, their only blemish came in the State Semifinals as a 35-21 loss to eventual State Champions Webb City ended the dream of winning back to back State Titles.

The Indians will look to make a Championship run in 2022 like they did two years ago, but it won’t be easy after they graduated 18 Seniors, including standouts like Quarterback Cameron Marchi, Wide Receiver Kannen Turley, Lineman Ashton Flinn (Murray State) and OLB Ryley Styer (Missouri Baptist). Thankfully the Jackson program is a revolving door of talent, so despite the heavy losses there are plenty of capable young men ready to step up and fill the shoes of the departed.

We asked Coach Eckley what his expectations are for the team this season and he responded with, “We expect to be a high quality team. Injuries and leadership will both be key for us reaching our potential.  We hope we can improve throughout the season.”

When asked what the strengths, as well as potential challenges, are for this year’s squad Eckley feels “we have a chance to be pretty good in the box and line of scrimmage on both sides of the ball. I think we could be really good at receiver. Developing depth will be really important.”

As history shows, you are somewhat of a quarterback guru from a coaching standpoint, represented by the laundry list of All-State caliber QBs coming out of Jackson the last several years. After losing Marchi to graduation, how do you plan to handle the QB situation this season?

“We’ve been very lucky to have good kids that were good athletes and love football to play QB. This year two guys are in the running for the spot. We might play both, depending on the situation. Whatever is best for the team. Zach Calder is a Senior and Adrian Fox is a Junior. They’ve both been working hard and improving.”

Turley will be a huge loss at the WR position, but it looks like you have a pretty deep pool to fish from for this season. Davis will likely be your WR1, but how do you feel about the news faces at the position?

“Kannen was a really good receiver for us for three years. Isaiah has had a really good off season for us and we look for him to be elite this season. We have several returning guys at outside receiver that have had really good summers. Chase Fischer, Zach Uhrhan and Ryan Calder have done really well for us and Chase has also taken reps at inside receiver. Kai Crowe is a Sophomore this year, we dressed him last year at the varsity level, and he’s had a really good off season. He is very athletic and has been learning our system pretty well. Gavin Alspaugh has been a QB, but we’ve asked him to give us some depth at inside receiver and he’s done really well.”

Kicker is not an often talked about position in High School football, but you happened to have had the luxury of the best in the history of the State in Logan Bruns. He’s left the biggest shoes to fill possible, but is there optimism in his replacement?

“Kicker is another spot we’ve been trying to plan ahead. Crowe was our second kicker last year, so he got some PAT attempts and some kickoffs. We have a couple other kickers that could contribute. We could split the PAT and kickoff duties, but it’s good to have several kids competing for the spot. Another thing about PAT/FG, we lose a three-year long snapper in Nick McClard, who is now long snapping at Missouri S & T, so that’s tough to replace. We have a few kids working at it and hopefully we can continue to have success in kicking PATs.”

You have added a lot of impressive new names to the schedule this season. What upcoming challenges do you see in taking on this caliber of first-time opponents?

“We are excited and nervous about our new schedule. We will have to play well every week of the season to have a chance at winning. I think this will be the best schedule we’ve had since I’ve been here. Our guys are excited by the opportunity to play new teams in Edwardsville, Francis Howell, Holt, Confluence Prep and Festus.”

The Indians will have their work cut out for them this season, but if anyone can dip into the talent pool reservoir of the Jackson program and have his boys ready to wreak havoc once again… it’s Brent Eckley. Expect another exciting and successful season.