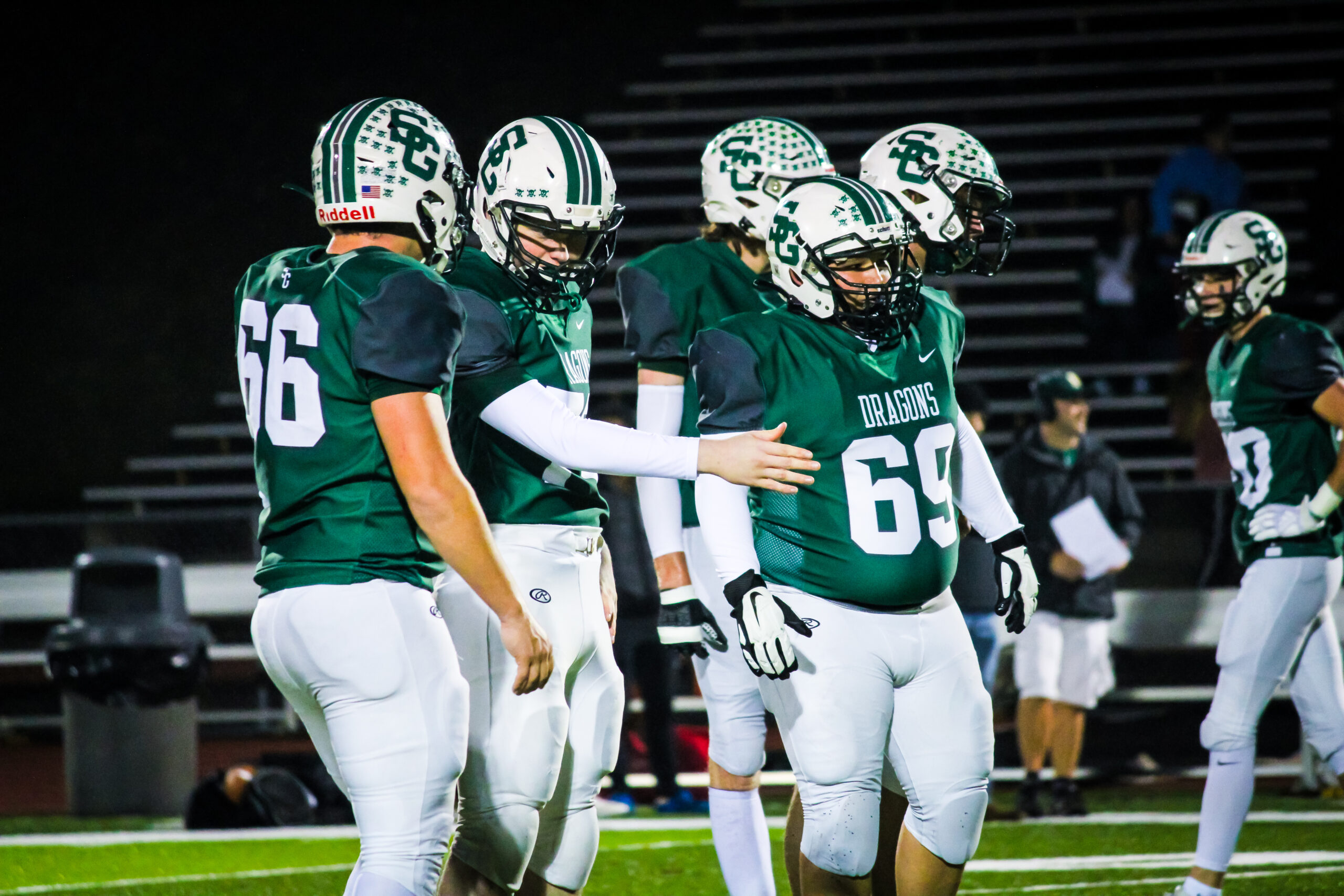 Ameritime Sports breaks down the upcoming season for the Ste. Genevieve Dragons in the 2022 Season Preview Series.

Like a quiet assassin in the dark, the 2022 Football Season has suddenly crept up on us and is getting dangerously close to getting underway. That means it’s time to take our annual deep dive into the newest version of this year’s Missouri Varsity High School Football standouts. Next up are the Ste. Genevieve Dragons, so naturally Ameritime Sports caught up with second-year Head Coach Jay Pope and picked his brain about this year’s squad.

Ste. Genevieve improved its 2021 season win total by three victories with Coach Pope at the helm in his inaugural campaign, finishing the season with a record of 7-4. Compare that to the 4-5 record the Dragons had the year prior, and it shows a pretty stark uptick in success. The Dragons defeated Bayless in the opening round of post-season play, but lost to Class 3 powerhouse and cross-town rival Valle Catholic in the second round of Districts. Ste Gen will look to improve on that mark in 2022.

The 2022 season hopes to be one that Pope can build upon even more, but he will have to do so without the services of 12 graduates, including All-State honorees Zach Boyer, Dale Propst and Klayton Squires. Pope will have to rely on Senior quarterback Aiden Boyer, who threw for 1,933 yards and 35 touchdowns last season, as well as Sophomores Kaden Flye (WR/DB) and Wyatt Springkamper (WR/DB) to be outside weapons for Boyer, with both players logging minutes in the secondary on defense. Senior linebacker Jacob Johns will headline the defense that is expected to be tough on the run, but must be able to cover well in the secondary if the Dragons hope to have another successful season with some of the heavy-hitting opponents on the schedule.

“We will have to rely on our 10 returning starters this season,” Coach Pope said. “How they play in the regular season will determine how far we go in the postseason, especially figuring out how to beat teams in the top five.”

Ste. Genevieve will start off the season with consecutive home games against Festus on Aug. 26th and Affton on Sept. 2nd. The Dragons will then go on the road with a matchup against Orchard Farm on Sept. 9th before returning home on Sept. 16th against rival Fredericktown. A road game with Park Hills Central, followed by a home contest against Potosi, will round out the month of September.

The month of October will feature the Dragons taking on Valle Catholic on the Warriors’ home field, followed by another road contest at Jefferson R-7 in Festus. Finally, Ste. Genevieve will host Kelly on Oct. 21st as the final home game of the season will consist of Senior Night festivities.

With a slew of returning starters and an upstart coach at the reigns, Ste. Genevieve is in prime position to make a statement in Class 3 football.