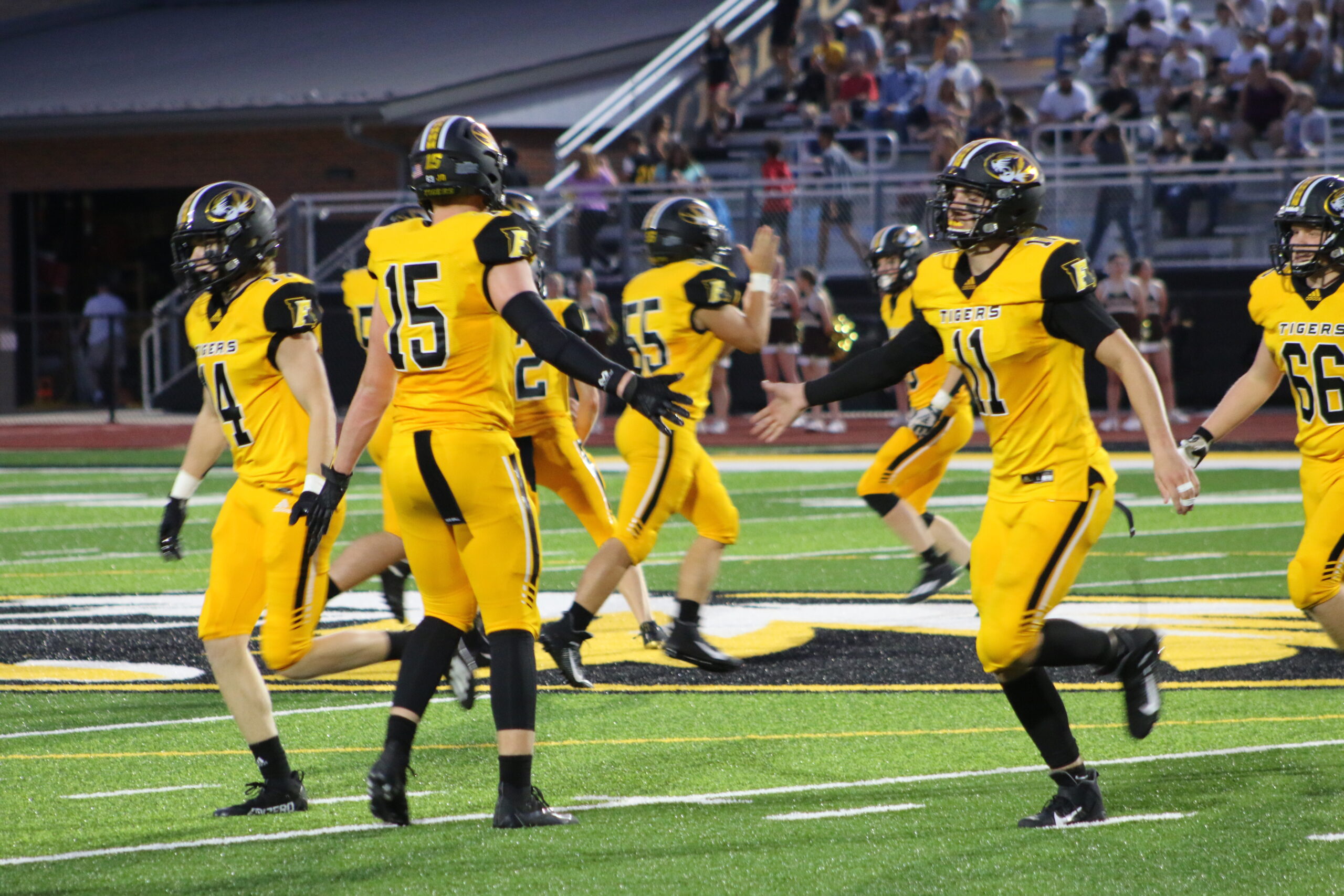 Ameritime Sports breaks down the upcoming season for the Festus Tigers in the 2022 Season Preview Series.

Like a quiet assassin in the dark, the 2022 Football Season has suddenly crept up on us and is getting dangerously close to getting underway. That means it’s time to take our annual deep dive into the newest version of this year’s Missouri Varsity High School Football standouts. Next up are the Festus Tigers, so naturally Ameritime Sports caught up with Head Coach AJ Ofodile and picked his brain about this year’s squad.

Last season the Tigers went 6-5 overall in what was likely a frustrating campaign. Armed with a dominant offense and the ability to beat just about anyone on any given day, they suffered five heart-breaking defeats, each of them of the one-score variety. They did manage to dismantle Sikeston in their first playoff game, but their season ended with an absolute knife in the heart the following week in the form of a 13-7 loss to crosstown rival Hillsboro.

The Tigers also graduated several key players that help mold their offense and defense. None of the ten graduates played a bigger role than Cole Rickermann, who’s arguably the best QB Festus has had in the last several decades. When you couple that with several multi-time all conference/all district weapons like Dalton Yates, Eric Ruess, Isaac Stucke, Connor Holt and Kaian Roberts-Day, it’s fair to say Coach O will have some retooling to do this season.

Thankfully, a large crop of the team is intact, so the coaching staff will have a lot of experienced players to help build a revamped starting lineup.

After starting nine Sophomores and Freshman on defense in 2021, The Tigers return a great deal of depth and experience on the defensive side of the ball. Returning big hitting linebackers like Eli Ortmann, Tyler Shepherd, Carter Cupp and Mason Schirmer, coupled with Xavier Gould and Dante Bridgett bringing pressure from the defensive end spots.

Festus will be relatively inexperienced on the offensive side, but will have good depth and several very explosive players. Speed is something the Tigers won’t be without this coming season. With explosive players like Arhmad Branch who tallied over 1000 yards, Landen Yates (who can be an offensive threat at multiple positions) and the elusive Landen Bradshaw coming out of the backfield.

Coach O noted, “Branch as a first-year player who averaged over 30 yards per catch. Yates is a versatile offensive weapon who can play RB and WR. He is expected to be a breakout player this season. Bradshaw had a solid Junior season coming off of an ACL year that ended his Sophomore campaign. He has had an outstanding off season and is back to pre-injury form.”

Rounding out things on the offensive side of the ball, Peyton Besore OT, Essien Smith QB, Jeremiah Cunningham QB (transfer from Farmington), Quinn Tilley OG, Eli Williams OT, Will Reese WR look to make an impact on gridiron this season.

There’s no doubt the Tigers have will have their work cut out for them this season with addition of powerhouse programs like Valle Catholic and Jackson. Paired with a tough non-conference schedule against very good and improving Ste Gen. and Pacific teams, as well as Farmington who continues to be one of the top programs in the area. Top that off with a challenging conference slate that will prove difficult with key games against Hillsboro and North County, who are coming off great 2021 campaigns. Coach O mentioned, “We want to continue to take positive steps as a program and be competitive every week in a very tough schedule.”

Having a challenging schedule isn’t something Ofodile is unfamiliar with. During his time at Rock Bridge they lined up against some of the top competition in the country. The likes of Bishop Gorman (Las Vegas), Springdale (Ark) Har-Ber and Cincinnati Winton Woods.

The big question of who will replace all-world talent Rickermann at the QB position will likely come down to a camp competition or a committee approach. Coach O Mentioned, “Essien Smith and Jeremiah Cunningham have both been very impressive at the QB position all summer and could both prove to be very effective players both running and throwing the football.”

However it shakes out, you can bet that Coach Ofodile and his staff will do their best to pull all the right strings and push all the right buttons, but this could be a challenging season with an incredibly tough schedule on deck.

There may be some trial and error at first, but this is a talented roster with a fantastic coaching staff and we don’t see why lofty aspirations would be a pipe dream for Festus this season.