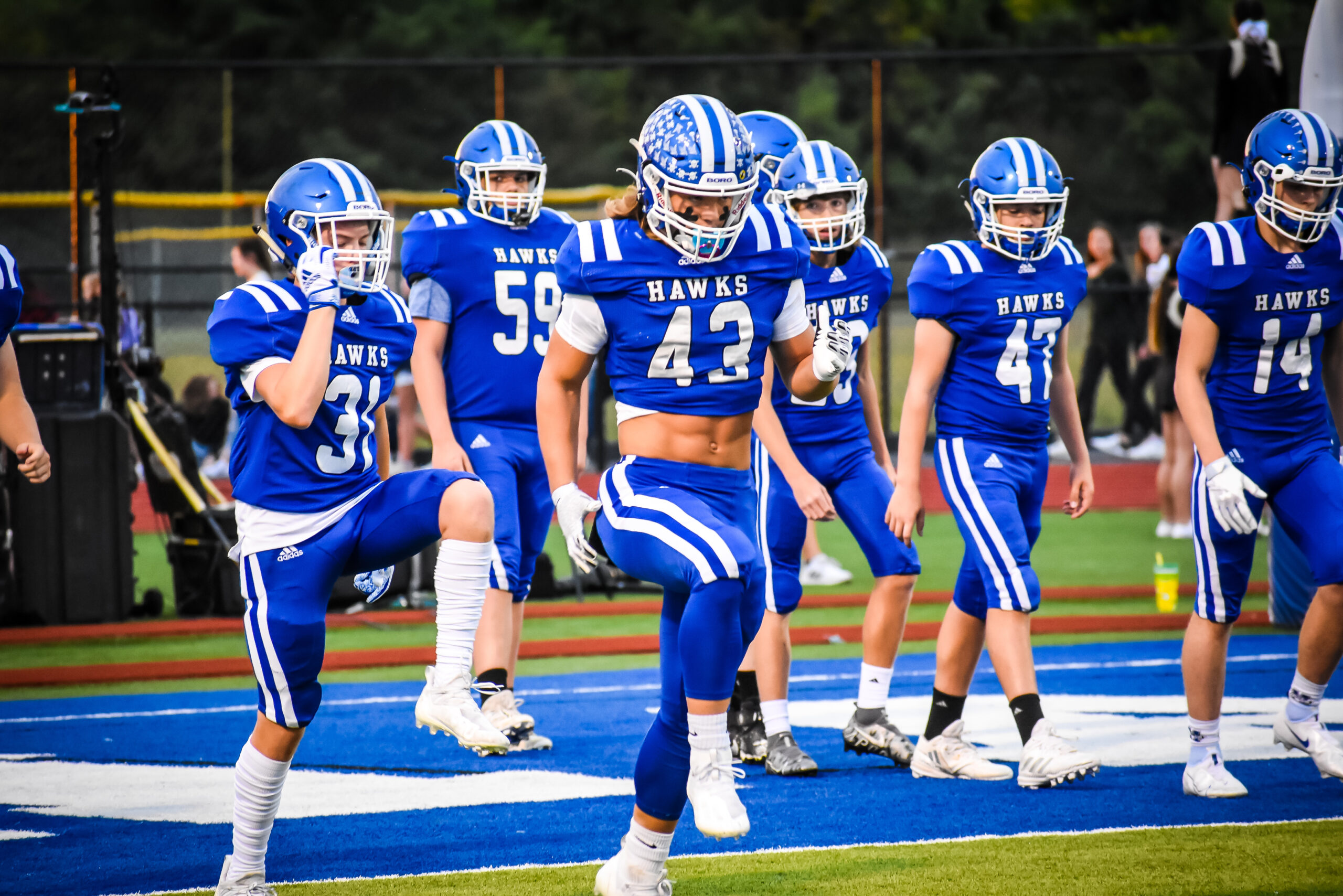 Find out what lies ahead for the Hillsboro Hawks Varsity Football team in 2022 as Ameritime Sports breaks down their schedule.

The 2022 Varsity schedules have been released, which means it’s time to start getting pumped up about the highlight reel catches, breakaway touchdowns, bone-crunching hits and last-second victories this year inevitably has to offer. With the season creeping up around the corner, Ameritime Sports is ready to take its annual deep dive into the teams’ schedules. Let’s examine what’s in store for the Hillsboro Hawks.

The Hillsboro Varsity Football team torched the turf last year and turned in a tremendous season. The Hawks played an incredible brand of football and had a lot of success. They finished with a tremendous 9-2 record, including an eight-game winning streak to sweep their district and take first place. Not only that, the squad routinely buried their opponents, scoring at least 40 points seven times, including two monstrous 50-point games.

The defense was also nearly flawless, allowing only 128 points all season, including five shutout victories. Unfortunately, all good things come to an end, and Hillsboro ran into the very tough North County Raiders who flipped the script and beat the Hawks 24-0 in the second round of the MO State Championship Tournament. The unceremonious deletion from the tournament, without a doubt, fueled the Hawks’ off-season training, With that in mind, let’s look at what this year has in store.

The season opens on the road on Friday, August 26th. Hillsboro did not play against Sikeston in 2021, but they did play crosstown rival the Festus Tigers who easily dispatched of Sikeston 48-6 in the playoffs. The Bulldogs did not have a great season, finishing 3-7, losing all four district match-ups. They only put up 187 points all season and finished on a three-game losing streak. This could be just the game for the Hawks to start the season soaring high.

Cape Central will head to Hillsboro on September 2nd for the home opener. Last season these two teams played each other, and it didn’t go well for the Tigers. The Hawks put up 41 unanswered points to shut out Central in what would be the first game of the Hawks’ nine-game winning streak. Central didn’t match up favorably with most of their foes as they scored only 91 points all season, finishing with a 2-8 record. This should be another outcome that leans in the Hawks’ direction.

On September 9th, Hillsboro will take a trip to Fort Zumwalt West, another newcomer to the schedule in 2022. With no mutual opponents, it’s difficult to gauge the strength of the Jaguars, but their 2-8 record is less than impressive. Bounced from the playoffs in round one, the record doesn’t indicate much tenacity, but they did score 327 points throughout the season and racked up a huge 63 points in their win over Howell Central, a usually strong football school. This could prove to be quite the challenge for Hillsboro, and they better not be sleeping when they face the Jaguars.

In an opportunity to exact some revenge, North County enters the danger zone of Hillsboro on September 16th. After facing off against each other twice last season, once in the regular season, and again in the playoffs, these teams traded big victories. In the first meeting, Hillsboro bested North County easily 42-7, but perhaps the Raiders had not found their footing yet as two months later, the Raiders shut out the Hawks 24-0. Being beaten by the best is never an insult, and while North County would lose to Hannibal in the playoffs, the Raiders made it to the final four of the MO State Tournament. With a remarkable 12-2 record. The team put up a whole lot of points, 550 to be exact, including four games above the 50-point mark. The question to be answered here is which Raiders team will show up, the Week 4 team, or the dominant playoff squad? Hillsboro had better be prepared for war.

Next up, on September 23rd is the big rivalry versus Festus. Last year, these two played twice, with Hillsboro narrowly defeating them both times. The first game was an offensive display as Festus scored four touchdowns, but Hillsboro scored five. The teams would meet again in the playoffs, this time in a defensive standoff, with the Hawks clipping the Tigers 13-7. Festus is always tough, and you can expect the same this season. As usual, the Hawks will be ready.

Hillsboro finishes out the month with a trip to Windsor on September 30th. Not known as a big-time football program, the Owls struggled last season, going 3-7, and only tallying 138 points of total offense. They finished on a five-game losing streak, the first of which was a 53-0 loss to Hillsboro. This game may be a welcome sight after the previous one, and a chance for Hillsboro to shore up their game before the final push.

Still on the road, the Hawks will soar into DeSoto on October 7th. If Windsor was a sight for sore eyes, then DeSoto will look like an oasis. The 0-10 Dragons had a punishing season in 2021, giving up 472 points, scoring only 58, and being shut out five times. Hillsboro was one of those five, dicing up the Dragons 47-0. All signs point to a similar outcome in 2022.

It’s Homecoming for Hillsboro on October 14th, as they play host to the Lions from Cardinal Ritter. The Lions are a scary sight to see on the schedule for the first time in a couple of seasons. Last year, after a 7-7 season, Ritter finished in the final four of the MO State Tournament. They played much stiffer competition than Hillsboro, including St. Mary’s and Jackson, but still managed to score 348 points. However, they allowed 288 points, so their defense had some holes. If Hillsboro is going to find a way to win, they can’t make any mistakes.

The last game of the regular season is Senior Night. On October 21st, Poplar Bluff comes to town and will pose another tough threat for Hillsboro. Finishing on a high note is usually preferred, especially on Senior Night, but the Mules aren’t going to just roll over. In 2021, Poplar Bluff played an explosive style of football, earning them a 7-5 record. They scored 448 points, so it’s clear they’re not afraid to let it fly. They didn’t make it anywhere in the playoffs, but they beat Kennett and Oakville, both considered top-tier football schools. However, the Hawks handled the Mules with ease, winning 45-19. This is another team not to take lightly, but on Senior Night, everyone is geared up for peak performance.

2022 is going to be a fun football season and if the Hawks play half as well as their potential, they’re likely to win a lot of games. If they play better than that, the sky is the limit.

Check out our sister companies app to watch all the Hawks and the rest of the regions high school games on Streamline Sports. Download links are below: