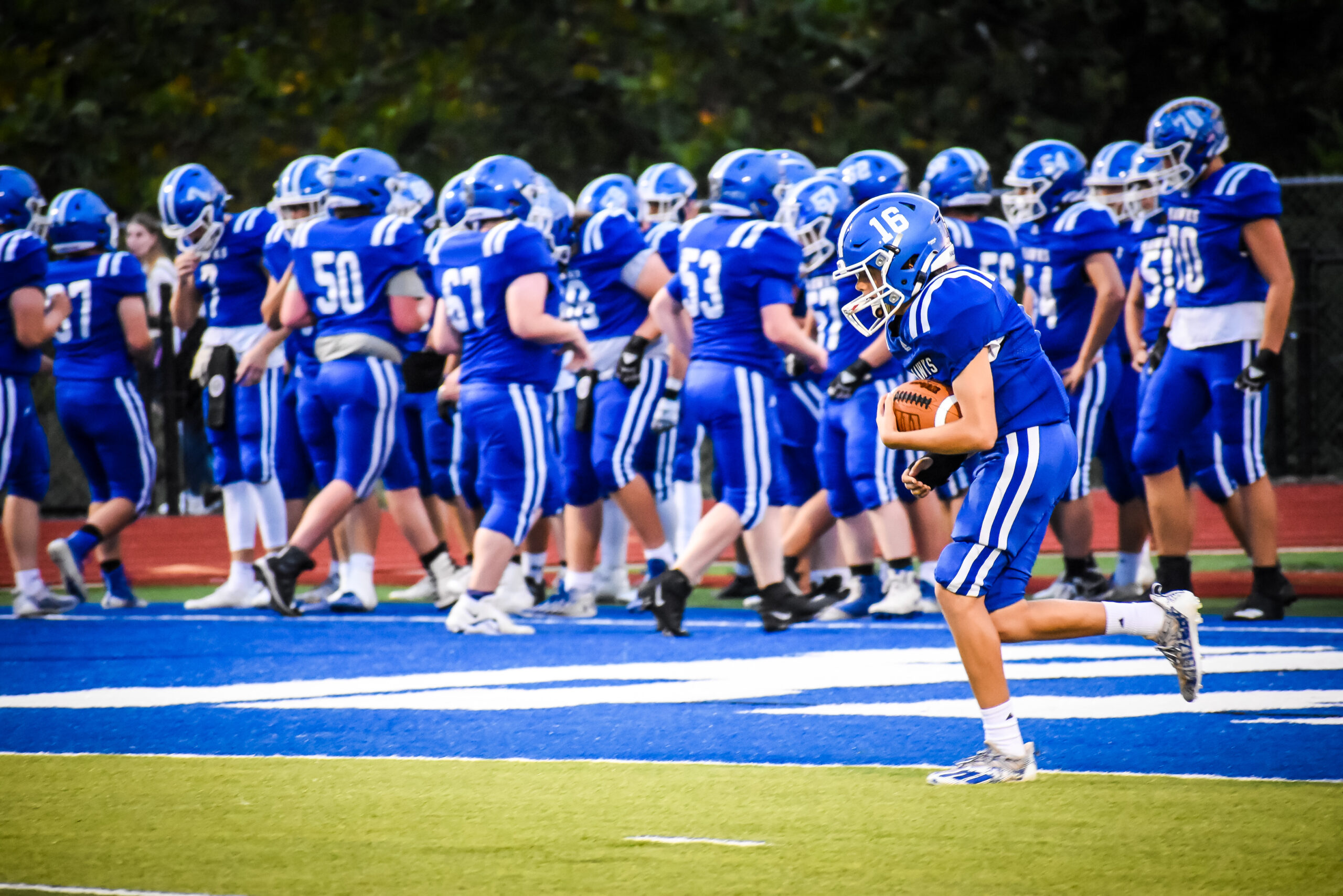 Ameritime Sports breaks down the upcoming season for the Hillsboro Hawks in the 2022 Season Preview Series.

Like a quiet assassin in the dark, the 2022 Football Season has suddenly crept up on us and is getting dangerously close to getting underway. That means it’s time to take our annual deep dive into the newest version of this year’s Missouri Varsity High School Football standouts. Next up are the Hillsboro Hawks, so naturally Ameritime Sports caught up with revered Head Coach Bill Sucharski and picked his brain about this year’s squad.

In 2021 the Hawks had one of the best seasons in recent memory, going 9-2 and making it all the way to the District Finals. A robust offense and an air tight defense that allowed just 128 points and pitched five shutouts, were a lethal combination for the Hawks all year. Sadly, both of those weapons disappeared in the final game of the season where they were flattened by a red-hot North County squad. That being said, it was still an incredible season and the Hawks should be gauged on their overall body of work and not one bad game.

As is the nature of High School Football, the Hawks lost a significant group of Seniors to graduation. Ten in fact, and while they will be missed, Hillsboro still has a lot of fish left in the pond. Moving on to the next level are Jordan Jarvis, Tyler Watson, Tyson White, Cruz Valencia, Greg Sanders, Cody Bishop, Tucker Vuylsteke, Wyatt Huskey, John Bennet and Kyle Suedkamp.

While these departed and talented athletes are all irreplaceable in their own right, the Hawks are fortunate to be able to plug the gaps with an impressive group of returning impact players. They’re bringing back five starters on offense in Austin Romaine (RB who recently committed to Kansas State for next season), Jaxin Patterson (RB), Blake Larson (WR), Chase Sucharski (WR) and Wyatt Yaeger (OL).  The Hawks also have six returning starters on defense in Alex Medina (DL), Romaine (LB), Patterson (LB), Payton Brown (LB), Canyon Stout (LB) and Harrison Voyles (DB).

Romaine and Patterson were beasts last season on both sides of the ball and will be asked to do more of the same in 2022. They are obvious mainstays on offense and defense, as well as the other returning starters in Stout and Payton Brown, but Coach Sucharski sees other skill players who he feels can step up and help us this year.  He mentioned Dalton Ross, Nick Doerner, Gavin Hite and Cohen Linderer, and said they have all “performed well so far this summer.”
Despite losing 10 Seniors, the expectations for this season have to be high because of the talent that Hillsboro returns. The running game was the focal point of the offense and the fact that it remains intact means the Hawks should be able to repeat some level of last year’s incredible success. Coach Sucharski told us, “[they] always expect to be competitive in [their] Conference and District and this year is no exception.”
Despite returning all that key running back production, the Hawks still have to deal with replacing four Seniors up front, so this offseason training camp will be crucial to the overall success, stability and readiness come Week 1.
The schedule won’t get any easier this season though with key rivalry games against Festus and North County, who bounced Hillsboro from the playoffs. Sikeston, Cape Central, Fort Zumwalt West, Cardinal Ritter and Poplar Bluff are going to be “tough games” as well according to the Head Coach, so the Hawks won’t be able to sit back on their heels.
Finally, despite the running game being the focal point of the offense, every team needs an adept signal caller even if they don’t air it out that often. So the $64,000 question is who takes up the reigns in the pocket? Coach Sucharski says, “players like AJ Heuszel and Preston Brown are currently battling it out,” so there looks to be some drama in store before the season officially kicks off.

This should be an exciting battle to monitor throughout the preseason, but it looks like the Hawks are in a very good place as far as returning talent regarding the starting slots. Expect some new faces to step up, but Hillsboro already looks pretty loaded for the 2022 season. This year’s goal of a District Championship and beyond is certainly in the realm of possibilities.Don’t forget to download the Streamline Sports app our sister companies to watch Hillsboro Live Streams this year: