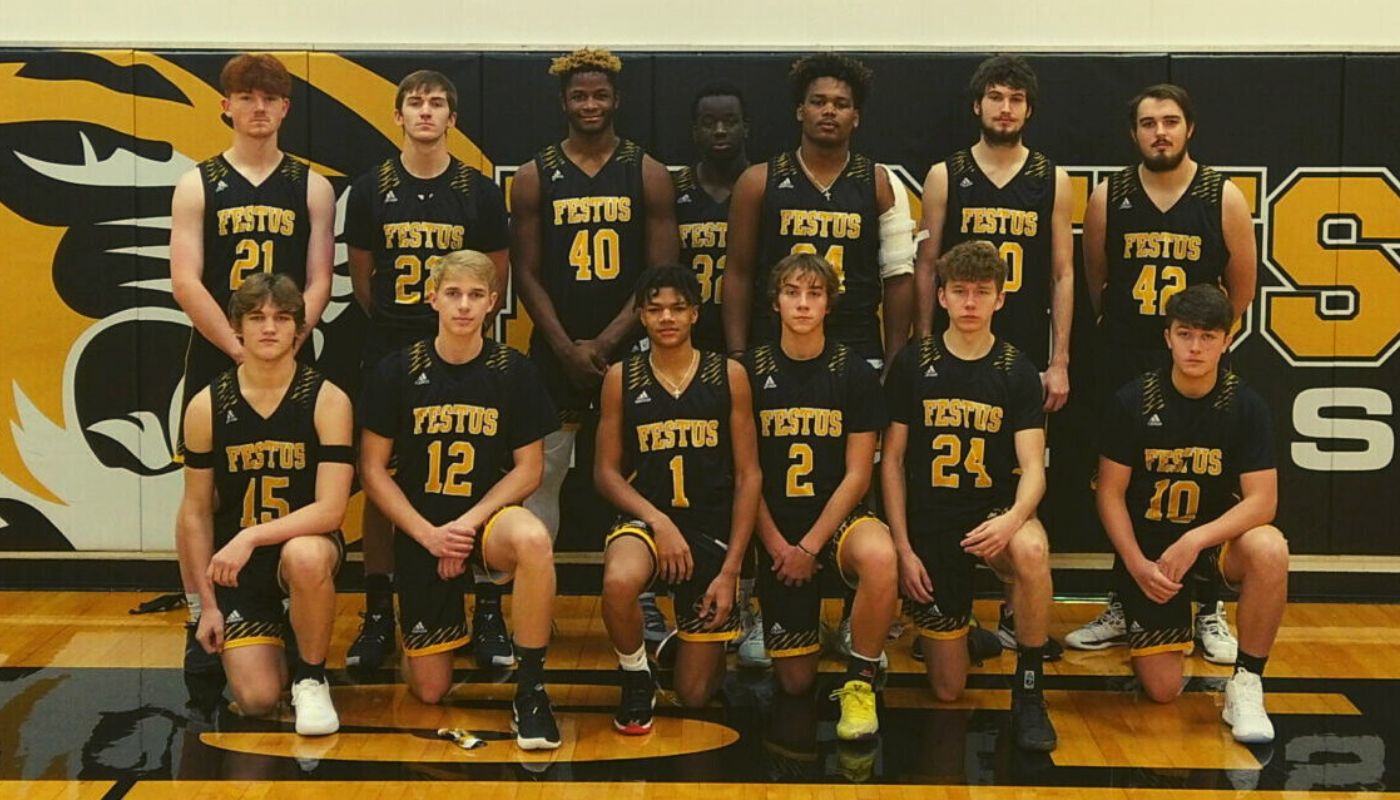 The Festus Tigers Boys Varsity Basketball squad lose their first game of the season 68-57 to Park Hills Central. The Tigers surrender a 23-point fourth quarter that ultimately seals their defeat.

The Festus Tigers battled until the end, but wound up dropping their first game of the season to Park Hills Central 68-57.

Park Hills jumped out to an early lead in the first quarter. Festus fought hard with Cole Rickermann leading the way early and scoring six first-quarter points, but ultimately they trailed 19-13 after the first quarter.

The Tigers roared back and won the second quarter behind six points from Collin Reardo. Festus capitalized on Park Hills fouls and went 5-7 from the free-throw line in the quarter. They went into the half only down by one, 33-32.

The Tigers opened the second half strong. Arhmad Branch hit two three-pointers and scored nine of his 16 points in the third. They held Park Hills to 12 points and took the lead into the fourth quarter.

The fourth was not kind to the Tigers however. Park Hills blew up for 23 points and made it their highest-scoring quarter of the day. Festus got into some foul trouble and simultaneously stopped seeing the ball fall through the net. They only managed to score 11 fourth-quarter points, lost 68-57 and saw their record fall to 1-1.

“We didn’t hit shots,” Collin Weinhaus said. “It just wasn’t a good night from deep in general. I think if we could have made shots and got a few stops when it came down to it we could’ve won.”

Branch put in a team-leading 16 points for the Tigers. He hit three shots from three-point land. Rickermann was just behind him with 12 of his own, but they were the only Tigers in double-digits. Reardo finished with eight, Connor Westhoff and JD McDowell both had six and Weinhaus had five.

“The biggest two factors in our loss last night were giving up too many layups to Park Hills and not converting on enough easy offensive looks we had,” Head Coach Jason Therrell said. “We have played with good energy and our kids have been good teammates in the first couple of games. We need to make it harder for teams to score on us and we need to relax a little on offense. I think we are a dangerous team  and if we gain the confidence we can beat good teams.”

This game simply got away from the Tigers. A big fourth quarter on both sides of the ball from Park Hills ultimately vaulted them to victory. The season is young though. If there is an appropriate time for failure, it is early in the season when you are still getting back into the swing of things and learning about one another. Festus’ next test will be in the Gene Steighorst Invitational tournament. That begins Monday, Dec. 7.