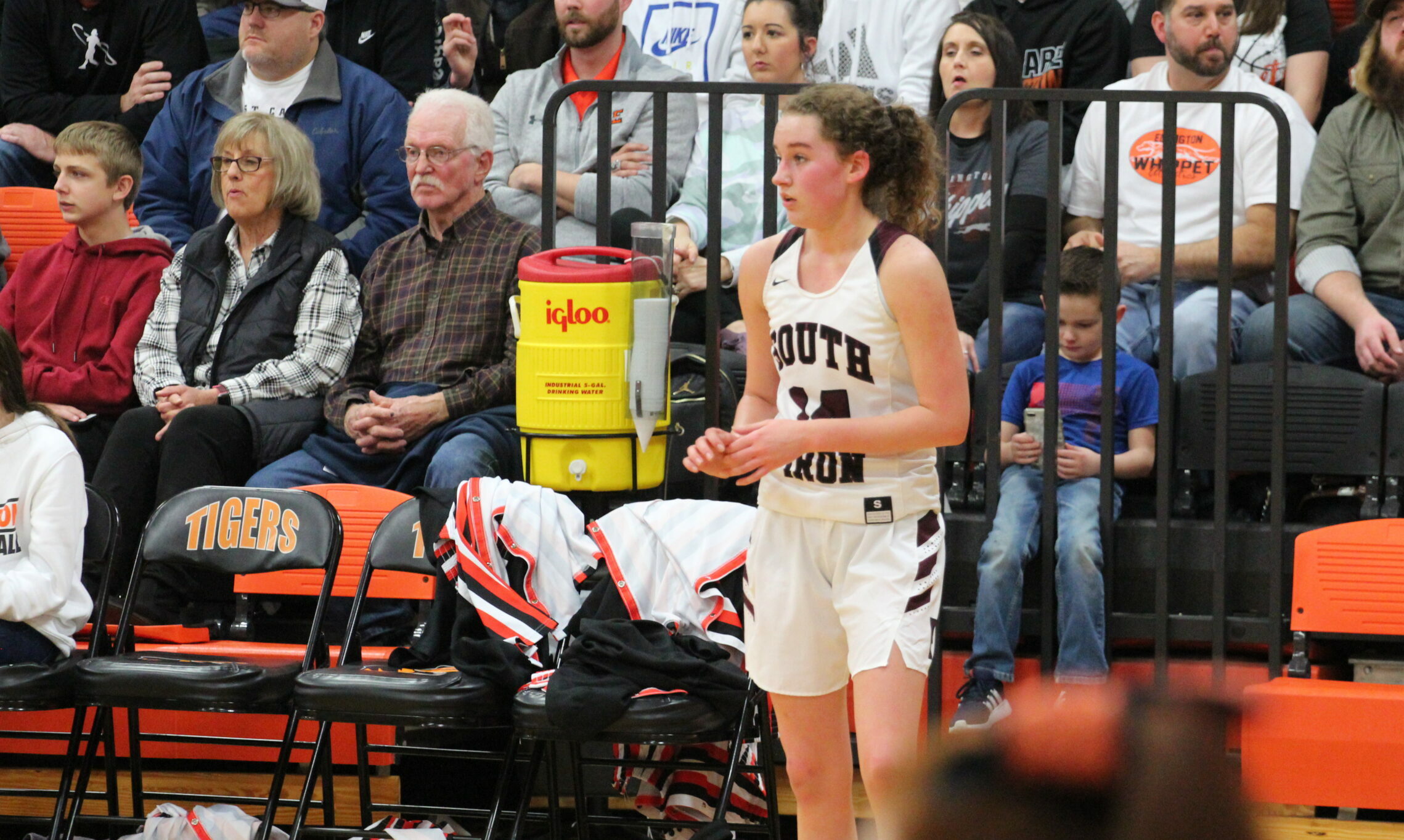 The South Iron Panthers Girls Varsity Basketball team takes down Bismarck 99-7, marking a trend of winning their first game of the season against these Indians, going all the way back to 2017-18. During the stretch, they have yet to allow Bismarck to reach ten points in a single game.

The South Iron Panthers Girls Varsity Basketball team asserted themselves in a dominant 99-7 victory over Bismarck in its first game of the season.

The Panthers have beaten Bismarck in the opening game of the season every year since 2017-18. In those games, Bismarck has not managed to score more than ten points once. Last year, South Iron was able to hold Bismarck scoreless with a 79-0 shutout.  (Keep in mind we’re talking about basketball here.  Just the idea of a shutout is mind-boggling, which speaks to the defensive dominance of this program.)

In this one, the Panthers had control from start to finish. They scored 30 points in the first quarter and held Bismarck scoreless. They put up 31 more points in the second and Bismarck was able to get on the board, but only once. South Iron went into the half with a 62-2 lead, and they stayed consistent throughout the game as they piled it on in the second half as well. The Panthers only allowed five second-half points and scored 38 more themselves to earn them a 99-7 victory.

South Iron had six players score in double figures. Madison Ayers was the leading scorer and stuffed the stat sheet in almost every category. She had 21 points, 10 assists, nine rebounds and nine steals, yet she gave her teammates all the credit.

“The biggest factor in getting good shots was my teammates providing me the ball,” she said.

Allecia Cornell was second in scoring. She had 19 points, ten steals and four rebounds.

“I think we did really well working together,” Cornell said. “We shared the ball really well, we made sure everyone kept their head up after missed shots and our effort was where it needed to be.”

Freshman Enzley Dinkins started her Panthers varsity career out fast. She had 16 points which made her the third-leading scorer. She also had three assists and eight steals. Anna Parker, Megan Lashley and Hailey Pauley were the other Panthers’ double-digit scorers.

“It’s really exciting to be back on the court,” Head Coach Lawrence Graves said. “With all of the uncertainty surrounding us, just to have the opportunity to go out and do something together that we enjoy is really refreshing.”

It is safe to say South Iron is glad to have basketball back. As the Panthers religiously put the ball in the bucket and suffocate their opponents defensively, dominent performances will be a reocurring theme all season. Sit back and get yourself familiar with these young ladies as they’re going to be fun to watch.

Their next test will be against St. Paul Lutheran on Wednesday, Dec. 2.