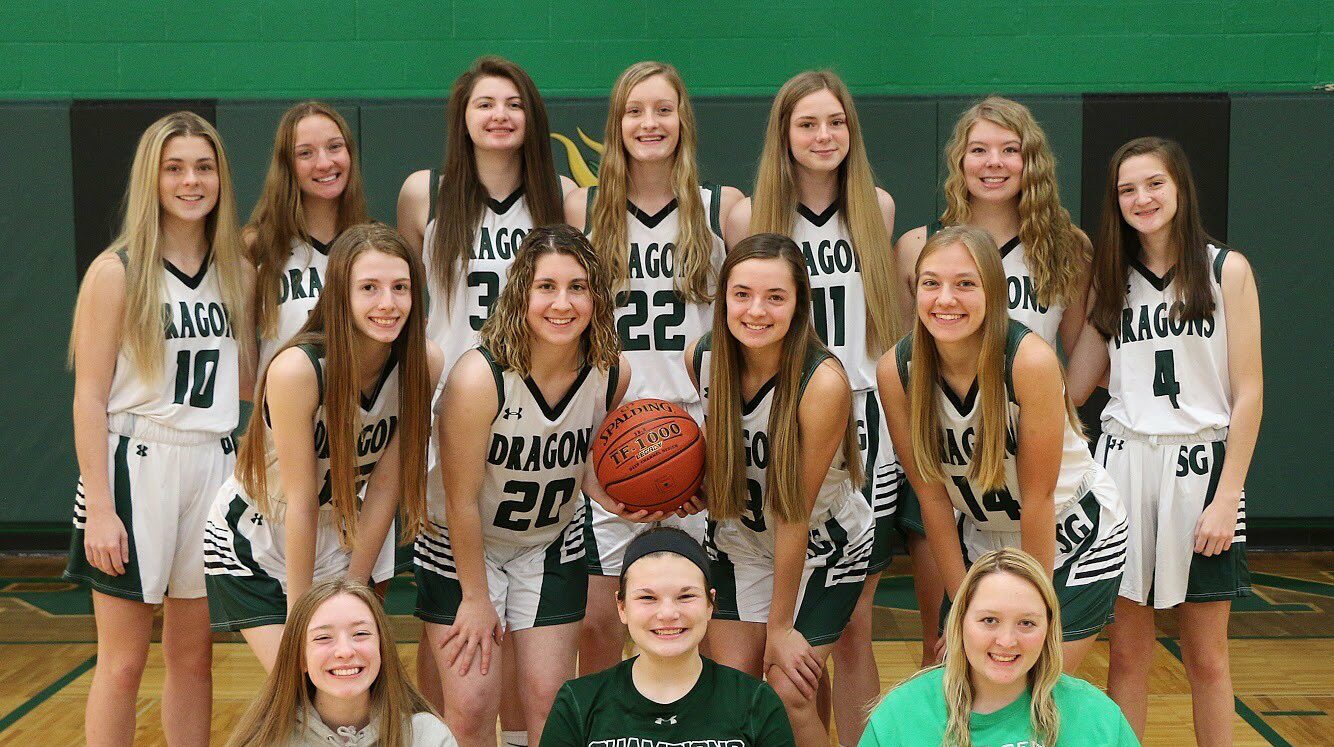 Each of the last two seasons, the Ste. Genevieve Dragons girls varsity team has fallen in the district championship game. The main goal of the 2020-21 season is to capture the district title that keeps escaping them.

The Ste. Genevieve Dragons girls varsity basketball season is right around the corner. They are coming off of a stellar 25-2 season where they finished as the runners-up in their district. The two-time reigning Conference Champions return four out of five starters and are ready to run it back in the 2020-21 season.

Maci Reynolds returns as the team’s leading scorer. She averaged 16 points per game to go along with 5.4 assists and 3.9 steals. Marysa Flieg is their second-leading scored at 11.1 points per game, who is also second on the team in rebounds at 6.4.

Megan Aubuchon is the only other player that averages over ten PPG. She averaged 10.3 points to go along with 3.1 rebounds per game, while Sydney Bumgardner flirted with a double-double last year. She averaged 9.1 points, 7.8 rebounds and five assists per game.

“We have a strong group of juniors and seniors that are coming back that play really well together as a team,” Head Coach Jordanna Walk said.

The Dragons took down the Sechrest Tournament as well as the conference last season, but the district title is what keeps escaping them. They have fallen in the district championship in each of their last two seasons. Last year to Cape Notre Dame and the year before to Central. Their goal for this year is clear.

“Our expectations are to continue where we left off last year,” Walk said. “Continue to build and get better to ultimately win a district championship title.”

Their journey to a district title is attainable. This team’s ability is captured in their record, as 25-2 is nothing to overlook. Together, this group is capable of a lot.

“There is no ‘I’ on this team,” Walk said. “The girls have bought into the fact that it is a collective effort and no one person can get it done alone.”

A team with championship aspirations will tackle many challenges over the course of the season. That being said, one of the biggest challenges the Dragons will face this year is their schedule.

“We picked up Notre Dame and Union,” Walk said. “Two very tough teams that will be competitive games for us. Our MAAA conference will also be challenging this year. Everyone is going to be good.”

Walk is prepared to lead her team into battle. While it may be tough to top a 25-2 season… a district championship would do the trick. The Dragons tip-off their season Wednesday, Nov. 25 against Herculaneum.