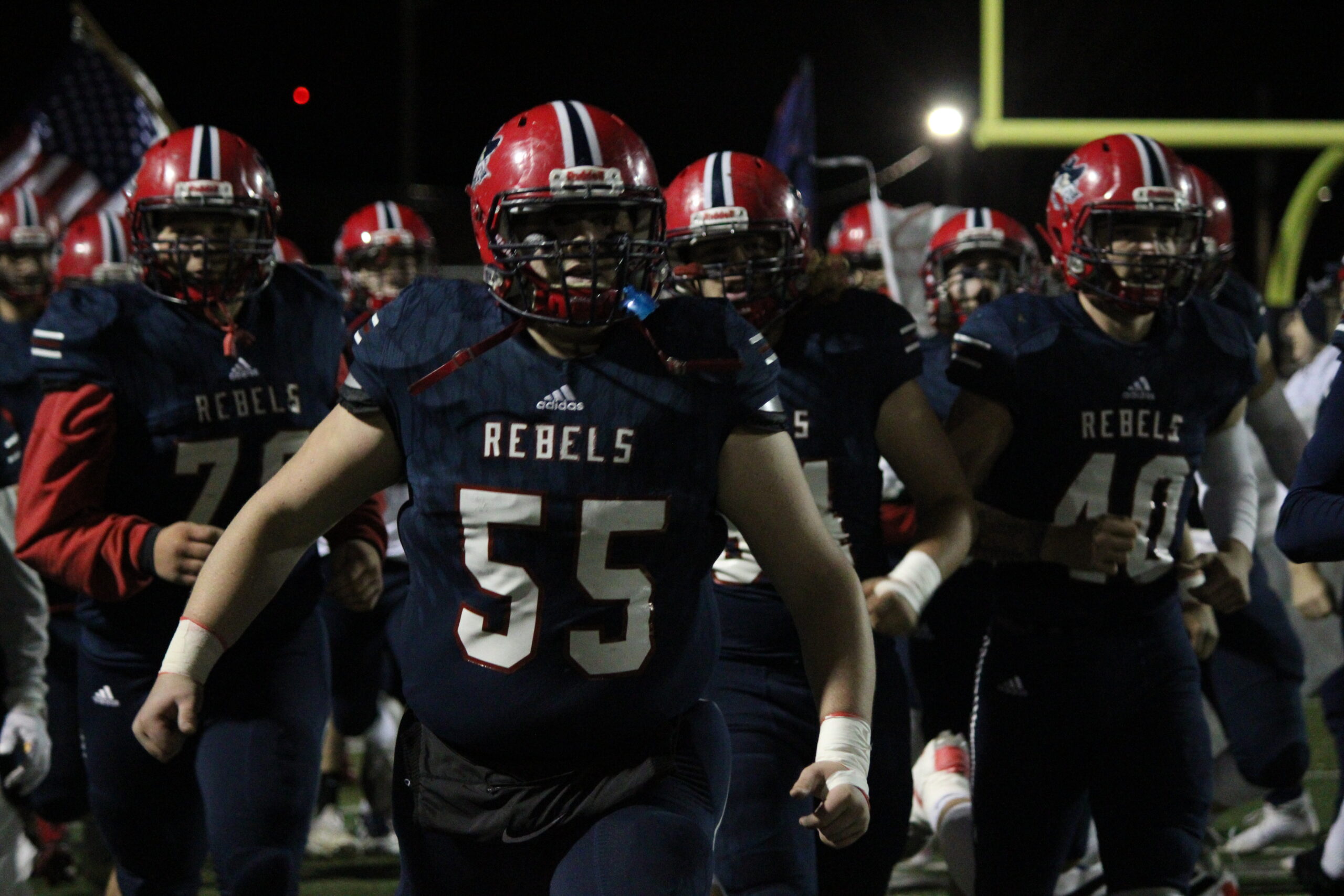 The Central Park Hills Rebels are coming off a historic year and are looking to continue their success in 2022. Ameritime Sports breaks down this year’s schedule.

The 2022 Varsity Schedules have been released, which means it’s time to start getting pumped up about the highlight reel catches, breakaway touchdowns, bone-crunching hits and last second victories this year inevitably has to offer. With the season creeping up around the corner, Ameritime Sports is ready to take its annual deep dive into the teams’ schedules. Next up, the Central Rebels out of Park Hills.

Last season, the Rebels unseated the Kennett Indians and took the District Championship from the perennial powerhouse. It was a banner year for Central as they not only won their conference and district, but made it all the way to the State Quarterfinals, losing to St. Mary’s, the eventual State Champions. Led by a balanced attack on offense and a stout defensive front, the Rebels set school records for most points, most points per game and biggest margin of victory average and went 10-2 overall. Not a bad run. Here’s what they’re up against in 2022.

The season kicks off with a home opener against a new opponent, as the Rebs will take on a Class 5 school in the Poplar Bluff Mules. The Mules were solid last year going 7-4 and had a playoff run in them before getting bounced by Seckman in a 35-34 heart-breaker. They put up 414 points, so the offense is legit, but they surrendered 267, so they can be vulnerable.

Another new opponent is on the docket for Week 2 and Central’s first away game. This one won’t likely be the same test of metal though, as the Tigers were just 2-7 last year and were consistently bulldozed by formidable opponents. They scored just 148 points and struggled to keep their competition off the board, allowing 359. This should be a plus matchup for the Rebels.

Next up is the first Conference game, and it comes against a Trojans squad that went 5-6 last season. Potosi was a middling program, beating the teams they should beat and losing to the ones they should lose to, so if Central brings it, this should be their game to take. The Trojans can put points on the board though so beware (294 in 2021), but the Rebels smoked them in the playoffs last year 47-21.

Yet another new opponent awaits the Rebels in Week 4 as they are taking on higher profile competition due to their dominant season last year. Another Class 5 battle comes in the shape of the Cape Central Tigers, but this is a team that struggled mightily last season. They went just 2-8 and scored just 91 total points on the year. This is a game the Rebels should be clearly favored in.

Fittingly, Homecoming week will be against conference rival, the Ste. Genevieve Dragons. Last season the Dragons went 7-4 and boasted a very potent offense, scoring 446 points and eclipsing 50 points five times. They got bounced by crosstown rival Valle in the second round of the playoffs, but had a very strong season. It’s always fun when these two teams match up.

This week is a big one as the Rebels will take on a new Conference opponent in Valle Catholic. They haven’t played the Warriors since 2007 and there will be plenty of history on the sidelines. Head Coach Kory Schweiss will take on an old friendly rival in Valle Head Coach Judd Naeger. They competed in their first Varsity Football game as Head Coaches against each other back in 2004, and the Warriors edged out the Rebels 13-12. Coach Schweiss went for two after a TD in the final minute, but didn’t convert and Valle sealed the victory. Expect more drama this time around.

The final Conference game of the season pits the Rebs against the Black Cats of Fredericktown. The Cats were just 3-7 last season and in their lone matchup with Central they got blown out 61-0. The Rebels should have the clear advantage once again this year as the Black Cats scored just 200 points and allowed 345 last year.

The penultimate contest of the regular season is a tilt against an old rival from last decade. The Dexter Bearcats are back on the schedule and it should be a renewed intense matchup. Last season Dexter went 6-5 and seemed to win in grand fashion in the games they were “supposed to win”, but took it on the chin in most of their losses. Still, the history here should make for a fun matchup.

The season finale is against a more recent rival. The Farmington Knights will travel to Park Hills and will be looking for revenge. The always formidable Knights had a solid season in 2021 with a 7-4 record, but they fell 49-14 to the Rebels last year on their own turf. In 2021 the Knights put up 295 points and allowed exactly 295, so they’ve got an eerily balanced squad. Should be an exciting way to close out the regular season.

It will be hard to top last season’s success, but the Rebels are a team that reloads with efficiency and they should be primed for another deep run. It’s time to defend that District Championship.

Catch all the Rebels games along with the rest of the regions high schools games live through our sister company Streamline Sports. Download app using the links below.