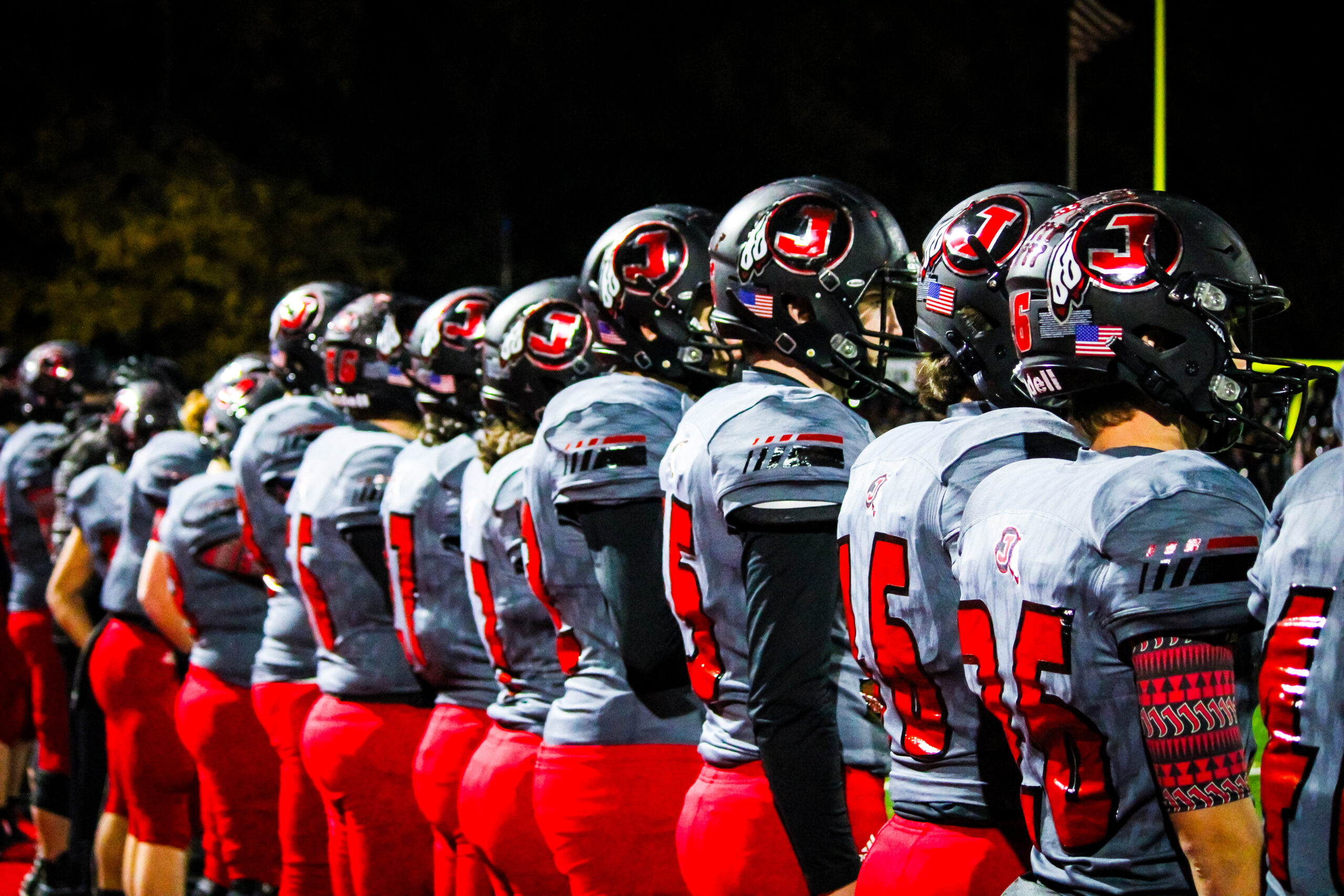 The Jackson Indians are coming off of an incredible season where they went 12-1 and made another deep playoff run. Ameritime Sports breaks down their 2022 schedule.

The 2022 Varsity Schedules have been released, which means it’s time to start getting pumped up about the highlight reel catches, breakaway touchdowns, bone-crunching hits and last second victories this year inevitably has to offer. With the season creeping up around the corner, Ameritime Sports is ready to take its annual deep dive into the teams’ schedules. First up, the Jackson Indians.

Last season was another banner year for the Indians as they rattled off their second consecutive perfect regular season, going 9-0. They looked well on their way to defending their 2021 State Championship with Conference and District Titles propelling them to the Class 5 State Tourney. Once in the tournament they made short work of Mehlville, Seckman and Rockwood Summit before running into a buzzsaw in Webb City (the eventual Champions) in the semifinals. The 35-21 loss represented their only defeat of the season and ended their 2021 campaign at 12-1. Despite narrowly missing out on back-to-back championships, the Indians were one of the most dangerous and perfectly balanced teams in the state, outscoring their opponents 607-141. Time to see what this year has in store. 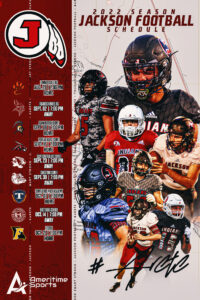 The Indians kick off the season with a new opponent from across the river, as they will host the Edwardsville Tigers out of the land of Lincoln, and welcome them to The Pit. Last season the Tigers were exactly average with a 5-5 record, but they played slightly better within their Conference with a 3-2 mark. It was a season of peaks and valleys for Edwardsville and their 289-276 points for/points against stat certainly speaks to that. They should be a favorable opponent for Jackson’s first game.

The Vikings out of St. Charles will be a tough test for the Indians in week two as Francis Howell went 10-2 last season and made it all the way to the State Championship Quarterfinals. They lost just one regular season game and boast an incredible offense. They scored over 40 points in all but three games last year and eclipsed 50 four times. These Vikings could be a challenge.

Next up is a familiar opponent, who the Indians have had their way with over the years. The Farmington Knights have lost the last 11 straight games to Jackson during Head Coach Brent Eckley‘s regime, and the losses have been lopsided (including last season’s 55-0 drubbing). The Indians appear to be the Knights’ kryptonite as the program as a whole tends to excel when they’re not facing Jackson. Last season they went 7-4 and were bounced from the playoffs in their second game at the hands of the North County Raiders.

The Mules are always a tough test, but Jackson has handled them well. They play a gritty style of football and the games are typically very physical, so expect more of the same. The Indians got the best of them last year 50-32, but it was a hard-fought victory. Overall the Mules were 7-4, which featured a big win over Kennett and a playoff win over Oakville. Expect a fight, but the edge surely goes to Jackson.

The Tigers out of Cape Girardeau did not fare well last season as they stumbled to a 2-7 record. They were shut out four times, so there are offensive issues at play for sure, and their only two wins came against bottom feeders in Sikeston and Francis Howell North. This one should be a layup for the Indians, who have won the last six matchups.

This tilt should certainly be another favorable one for the Indians. The Bulldogs were just 3-7 last year and were outscored 321-187. Jackson took them out with ease in 2021 with a 50-7 victory, and have now won nine of the last ten games against Sikeston. Wins against a struggling program that is constantly rebuilding are the ones you have to have, but should never take for granted.

The Titans have just three games played on record from last year, and they lost all three. This game against Jackson will likely be a learning experience for them and one where some of the underclassmen get a chance to rack up some minutes on the field… for both sides. It should be another slam dunk for the Tribe.

This game will certainly have some Indian on Indian violence, and will MOST certainly be the toughest game of the season for Jackson. The Holt Indians barely lost the State Championship game last year 26-21 to Webb City, who eliminated Jackson. That loss was their only one on the season, as they went 13-1, and should be an incredibly formidable opponent. Jackson will have to bring their A-game.

The season finale wraps up with the Festus Tigers, who had a rollercoaster season in 2021. They went 6-5 and got bounced from the playoffs by their crosstown rivals, the Hillsboro Hawks. The Tigers were sneaky good though. All of their wins were blowouts and all of their losses were super tight heart-breakers. They’ve lost some key players to graduation, but the program is strong and they will put up a fight in what could be a crucial game in Jackson’s season.

The Indians have a pretty formidable schedule this season, but, of course, that happens when you are a perennial powerhouse. Still, things should line up for another winning season that leads to a deep championship run. But, you never know, that’s what they play the games.

A betting man would be smart to bank on Jackson though. Good luck Indians!