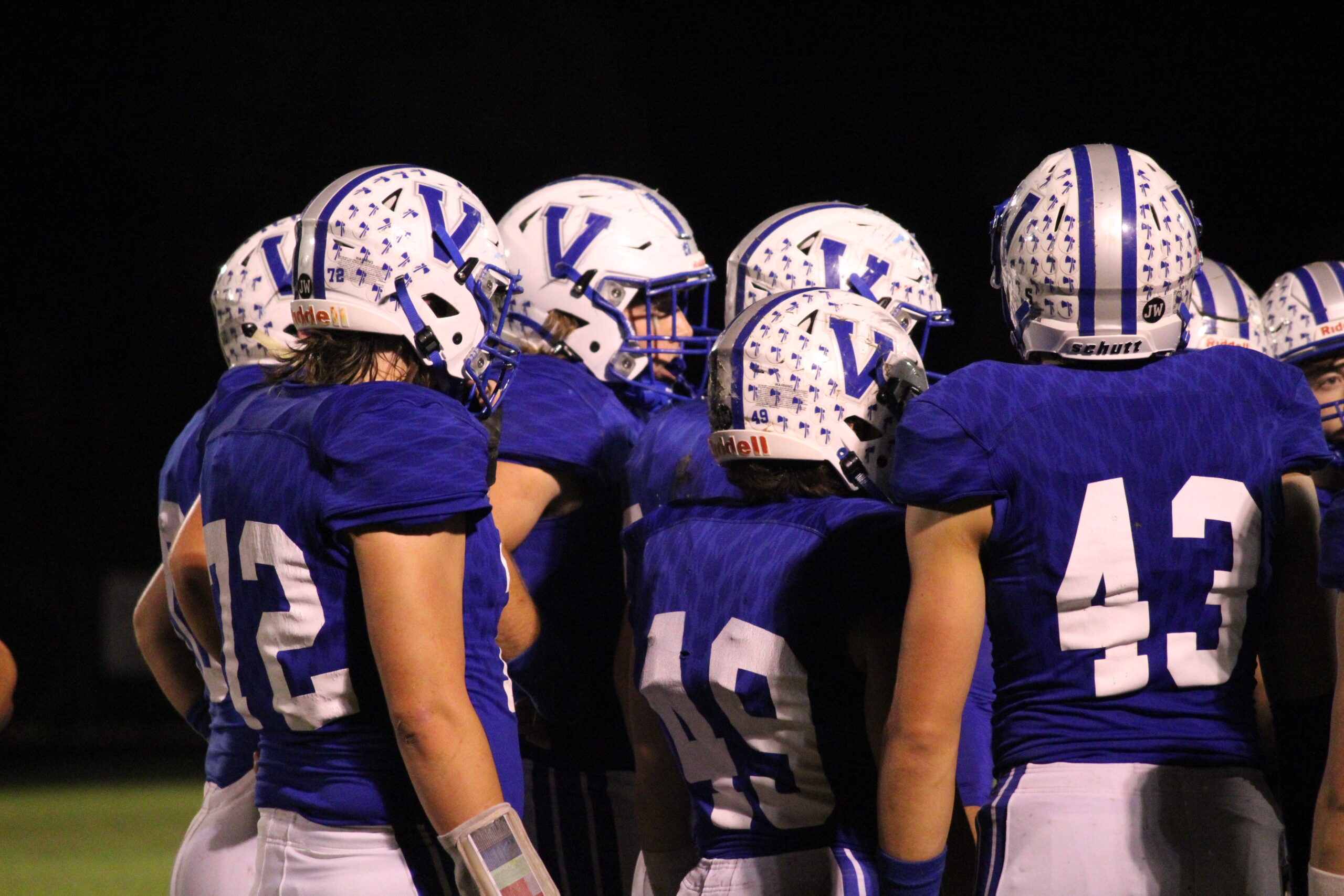 The Valle Catholic Warriors had another dominant campaign in 2021. Ameritime Sports breaks down what the 2022 schedule has to offer.

The 2022 Varsity Schedules have been released, which means it’s time to start getting pumped up about the highlight reel catches, breakaway touchdowns, bone-crunching hits and last second victories this year inevitably has to offer. With the season creeping up around the corner, Ameritime Sports is ready to take its annual deep dive into the teams’ schedules. Next up, the Valle Catholic Warriors.

The sky is blue, water is wet and the Valle Catholic Warriors had another dominant season. Now that we’ve gotten the obvious out of the way, in 2021 Valle went 10-1, had a perfect regular season, and eventually lost in their District Championship game to the Class 3 State Champions, St. Mary’s. The team won the 600th game in school history, outscored their opponents 547-153 and eclipsed 40 points in every game they won. However, 2022 is a new year with new challenges. Below is what 2022 has to offer.

The season kicks off with an incredibly tough Seckman squad that went 9-3 last season and outscored their opponents 458-298. The Jaguars knocked off Cape Central and Poplar Bluff before eventually falling to the mighty Jackson Indians in the District Championship. Seckman returns 18 starters from a very talented Class 5 team and could potentially bump up to class 6. Within those 18 starters is QB, Cole Ruble, who may be the most talented player in the area. Valle, the 10th smallest 11-man football team in the state, has their hands full in this one. They will most certainly be an underdog in a match up with a team who could have more players on their roster than Valle has students in their school.

The Tigers of Festus struggled through peaks and valleys last season, going 6-5 overall, but their losses were all of the one-score variety and their wins were blowouts. A couple plays go their way and they could have had a vastly different record. Valle will once again have to face off vs. a team that will be much larger in stature and in quantity and players. They put up 430 points last season and allowed just 241, so Valle needs to be healthy and firing on all cylinders to compete in this one. No team Valle’s size starts the season off tougher than what the Warriors face in the first two weeks. Facing off against over 3000 students in the first two weeks, should help to make the Warriors battle tested headed into conference play.

Valle faces another MAFC white foe in Week 4 when they square off vs. possibly Class 4, Potosi. Potosi suffered some major injuries that derailed a promising early season campaign last year. They return their QB and have shown they can be very dangerous and compete against anyone. Their narrow loss to Farmington last year proved this true.

Next up is a common foe in the form of the St. Vincent Indians, who the Warriors have been playing since 1928. Last season Valle got the best of the matchup with a dominant 56-14 victory, and the Indians didn’t fare much better against the rest of their competition. They went just 2-3 within the district and went 5-6 overall. However, they did have a stretch where they posted three straight shutouts and outscored their opponents 144-0, so they have the potential to be dangerous. This will be the first and only time Valle squares off against a team that is similar in size.

The Rebels will be a tough test in Week 6, as they went 11-2 last season and their only two losses were to powerhouses MICDS and St. Mary’s. In fact, St. Mary’s knocked both the Rebels and Warriors out of the State Playoffs last season. The Rebels’ offense is a potent one and scored over 40 points in all but two games, and also topped 60 an incredible six times. This should be a renewal of a great rivalry that was played four times in the early 2000s.  Rebels coach Kory Schweiss is Valle grad and his teams are coached as well as anyone with the help of long-time defensive coordinator, PJ Jones. Schweiss has also added some former players to the coaching staff.

This is rivalry week…again, and it should be intense as the Warriors and Dragons are crosstown rivals that have been squaring off for longer than anyone can remember. The overall head-to-head record is pretty close, but Valle has had the edge in recent years.  The Dragons had a solid season, going 7-4 and winning their first district game. Coach Jay Pope returns a ton of talent including a three-year starter at QB in Aiden Boyer. This will be a heck of game and the Warriors will have a tough task of playing the top two teams in the MAFC white from last year in back-to-back weeks.

The Golden Griffins will head to Valle in the penultimate week of the regular season. Vianney may be the first class 6 team that Valle has ever played (depending upon Seckman’s classification). This will be a daunting task for anyone with Valle’s enrollment. Last season Vianney went just 1-9 and was outscored 116-488. However, a new coach and some new players make this one tough to call. Valle will need to survive the Park Hills and Ste. Genevieve rivalry games healthy to come out on top in this one. The sheer size of a school like Vianney makes this a big hurdle.

The season finale has the Warriors traveling to Kennett to take on the Indians. Said Indians were 8-3 last season and are always a tough program to face. They were 4-1 in their district and won their first five games to start the season. Their offense was potent with 491 points scored and they defended well with just 212 allowed. Their season ended in the second round of the playoffs as they ran into a red-hot Central Park Hills squad. Kennett always has a ton of speed, and they are coached well. This will be a tough one to end the season with.

Once again, the Warriors have beefed up their schedule. This 2022 version may be the toughest in the long history of tough schedules going back to their old days in the MAAA Conference. The Warriors are in a new conference and non-conference games vs. Seckman, Festus, St. Vincent’s, Vianney and Kennett will certainly make the Warriors battle tested come district times. This should be a very exciting and challenging schedule for the Warrior faithful to follow this season.