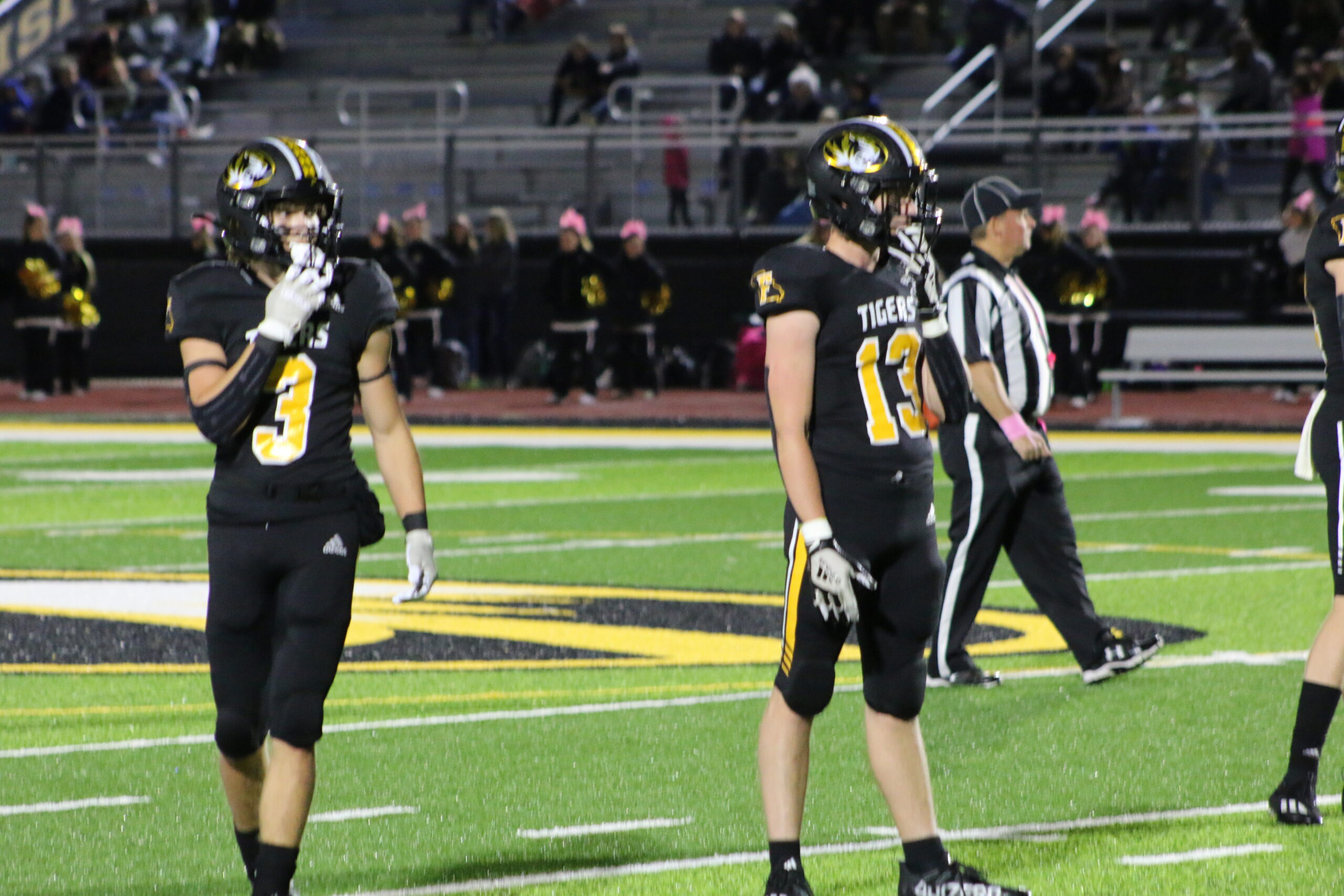 Coming off of a frustrating 2021 season, the Festus Tigers are looking to iron out the kinks in 2022. Ameritime Sports breaks down this year’s schedule.

The 2022 Varsity Schedules have been released, which means it’s time to start getting pumped up about the highlight reel catches, breakaway touchdowns, bone-crunching hits and last second victories this year inevitably has to offer. With the season creeping up around the corner, Ameritime Sports is ready to take its annual deep dive into the teams’ schedules. Next up, the Festus Tigers.

The Tigers had a topsy-turvy season in 2021, finishing with a 6-5 record overall. The offense was explosive at times, but would then suddenly lie dormant for a stretch, while the defense pretty much mirrored that sentiment, going from stifling to gaping. The real narrative for Festus’ season was blowout victories and heart-breaking losses. They outscored opponents 404-229, but every loss they suffered was a one-score defeat, and all were within their collective grasp in the final seconds. They’ll look to work out the bugs for when the clock winds down in 2022. Here is their upcoming competition…

The season kicks off with a trip down the road to Ste. Gen, just like last year, but the Tigers will be looking for a different result this go-around. In 2021 the Dragons barely edged out the Tigers with a dramatic 36-31 win to sour the season opener for Festus. The upstart Dragons actually finished with a better record than the Tigers (7-4) and could pose a challenge once again this season.

Last season, the always dangerous Warriors went 10-1 and obliterated their opponents by outscoring them 547-153. Valle was a favorite to bring home a state title in the season where they won their 600th game in team history, but they ran into a buzzsaw in the form of a St. Mary’s team in the second round of the State Playoffs. Despite that loss, this historic franchise is incredible on both sides of the ball decade in and decade out, and will certainly be a handful for the Tigers in Week 2.

Up next Festus travels to Imperial, MO to take on the Owls, who were not a strong team last season. They went just 3-7, and one of those losses was to The Tigers in a 62-14 blowout. In fact, that was the 11th consecutive time the Owls have fallen to the big cats, and that doesn’t appear to change anytime soon. Festus will look to up the win streak to a cool dozen in 2022, and we like their chances.

The Dragons hoarded zero gold, breathed no fire and didn’t pillage a single village in 2021, as they went an abysmal 0-10 on the year. They didn’t just lose either. They lost badly. They were shut out five times last year and were outscored 472-58 on the season. In fact, their first points on the year were against Festus in Week 4, but they lost that game 62-6. Expect more of the same in 2022.

Oh The Hawks. The crosstown rivals out of Hillsboro were a bugaboo for The Tigers last season, and even though they eked their way to both wins, it didn’t make it any less devastating for Festus. They won 34-29 in Week 5 on the final play of the game and then eliminated the Tigers in the second round of the State Playoffs with a 13-7 squeaker. The Hawks had an incredibly successful season overall though, going 9-2 and making it to the third round of the playoffs before falling to a powerful North County squad.

Speak of the devil. Next on the docket are the Raiders, who made it all the way to the State Championship Semifinals last year. They fell to a 13-1 Hannibal team, but had an incredibly dominant season despite not winning the ultimate prize. They went 12-2 overall, and one of those wins was a 41-35 victory over the Tigers, so Festus will have their hands full in this matchup. For reference, the Raiders scored 550 points last year and allowed just 223. Look out.

Next up are the Pacific Indians, who had a middling season in 2021 with a 5-6 record. They are a non-district opponent, but Festus has seen plenty of them over the last dozen years. In fact, after last season’s tight 35-32 win, the Tigers have won each of the last 12 meetings between the two teams. The Indians allowed more points than they scored last season, but they came to play against Festus. Will it be a baker’s dozen for the Tigers or will Pacific finally break the streak?

The penultimate game of the regular season comes against the Farmington Knights, who last year traveled to Festus and took down the Tigers 28-20 on their own turf. The Knights are a solid program and are a threat to put up a good fight every year, but despite their 7-4 record last season they scored exactly as many points as they allowed. A 295-295 ratio suggests they could beat you and be equally beatable. Which version will show up in 2022?

The regular season finale will likely be Festus’ toughest test. The Jackson Indians are a perennial powerhouse and made it to the State Semifinals last season on the heels of their 2020 State Championship. The Tigers will have to travel to The Pit for this one, where no one fares well. Last season the Indians went 12-1 (with their only loss coming to the eventual State Champions) and they had a ridiculous 607-141 PF/PA mark. If there is a more formidable opponent out there for the Tigers, we haven’t found them yet.

The Tigers have some layups this season, but they appear to have their work cut out for them from an overall standpoint. Head Coach AJ Ofodile has done remarkable things with this program though and Festus should be a solid bet to make a deep run year in and year out, so why should 2022 be any different?