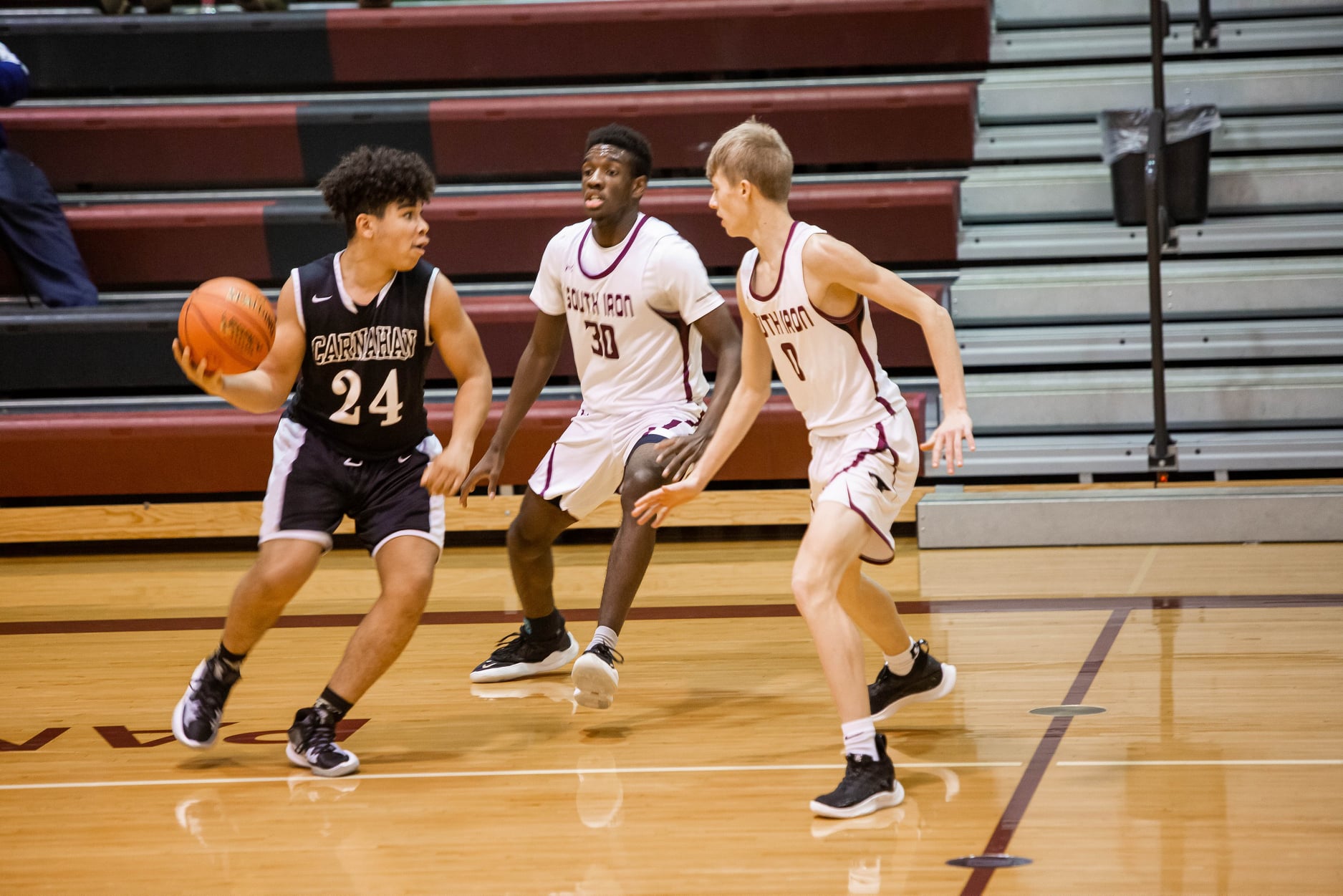 The South Iron Panthers Boys Varsity Basketball team kept on rolling as they blew through Arcadia Valley and St. Pius to improve to 7-1 overall, but they dropped their final game before the break. The convincing wins, followed by the 71-69 heart-breaker to Carnahan, come on the heels of the annual Park Hills Christmas Tourney, where the 7-2 Panthers should be a force.

In the game against Arcadia Valley, an 85-32 rout, the Panthers wasted no time in building an insurmountable lead as they ran the score to 29-12 in the first quarter. If that wasn’t a big enough hole for Arcadia Valley to try and dig themselves out of, South Iron poured it on even thicker in the second with another 27. They surrendered just 10 and went into the half with a colossal 56-22 lead. 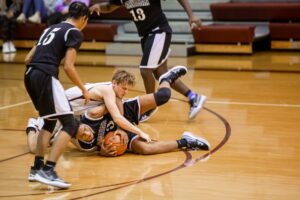 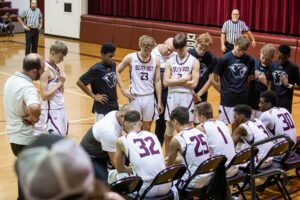 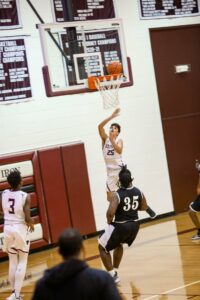 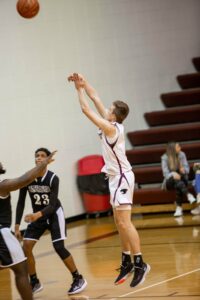 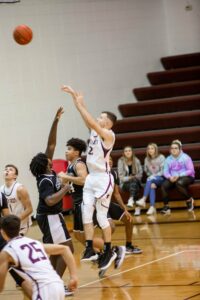 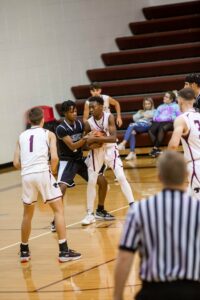 That energy continued into the third quarter as the Panthers put up 23 more and held AV to just eight. As they took their foot off the gas offensively, the defense somehow remained even more stout, with the Panthers winning the final quarter battle by a score of 6-2. That translated to an 85-32 victory and yet another lopsided victory on the season.

Individually, Drenin Dinkins had a double-double and led team with 24 points and 11 rebounds. He was 10-of-13 shooting overall and 3-of-5 from beyond the arc. As for DJ Prater, his 16-point effort included his 1,000th career point scored, and he was also the playmaker on the night with a team-high eight assists. With Champ McMurry out with an illness, Jermartez Burse (11 points) and Gabe Ruble (10 points) picked up the slack.

The game against St. Pius was a different sort of affair, as the Panthers weren’t their usual dominant selves early on, despite the 78-47 final score. Coach Dinkins had this to say about the effort, “We started the game sluggish and were not competing with the energy or focus that we wanted. Our underclassman did a great job of changing that tone and bringing great defensive intensity once we started to press. We felt like many of our underclassmen had very solid performances and were crucial in our overall team’s success!”

The Panthers never trailed at any point, but were uncharacteristically only up 11-8 after the first quarter. A 19-10 advantage in the second helped right the ship though, as they strolled into the locker room with a 30-18 lead at the half. Then the offense decided to really pick it up in the final two frames, as South Iron put up 25 in the third and 23 in the fourth to slam the door for the 78-47 victory and a 7-1 start to the season.

Drenin Dinkins was huge in this one as well as he led all scorers with 29 points and added nine rebounds for good measure. He was 11-of-20 shooting, made half of his eight attempts from three-point land and added three assists and four steals. Prater was a big factor as well, notching a double-double with 10 points and a team-high 13 boards, not to mention leading the team in assists (7) and steals (5) as well. McMurray returned from illness and contributed nine points, which included a couple big three-pointers.

In their final tuneup before the tournament, the Panthers stumbled a bit as they took on a very tough Carnahan team. The Cougars came out of the gate roaring as they put up 24 points and held South Iron to 20 in the first quarter. The Panthers would battle back in the second though as they won the eight-minute skirmish 19-15, and forced a tie heading into halftime.

South Iron kept it close in the third, but the Cougars held a 14-13 advantage and went up by one heading into the final eight minutes. Both teams scratched and clawed in the fourth quarter, but Carnahan came out on top, winning the final frame 18-17, and ultimately the game 71-69. It was a hard fought battle, but the Panthers came up just short.

Coach Dinkins had this to say about the team’s performance, “We had a hard time getting any momentum on Offense or Defense! Everything was a struggle and it was one of those games where you have to find a way to try and have a chance to win at the end, and our guys did that but just came up a little short. Give credit to Carnahan. They played a great game and did a lot of things much better than us!”

Drenin Dinkins was a force once again in this one as he put up 32 points, nine rebounds, four assists and went a perfect 12-of-12 from the line. Prater once again led the team with 13 boards and chipped in 14 points, while Burse had 16 points and made all four of his three-point attempts.

Despite the nail-biter of a loss, the Panthers appear to be in peak form early in the season and look to do some damage in the annual Park Hills Christmas Tourney coming up on Monday, 12/27.