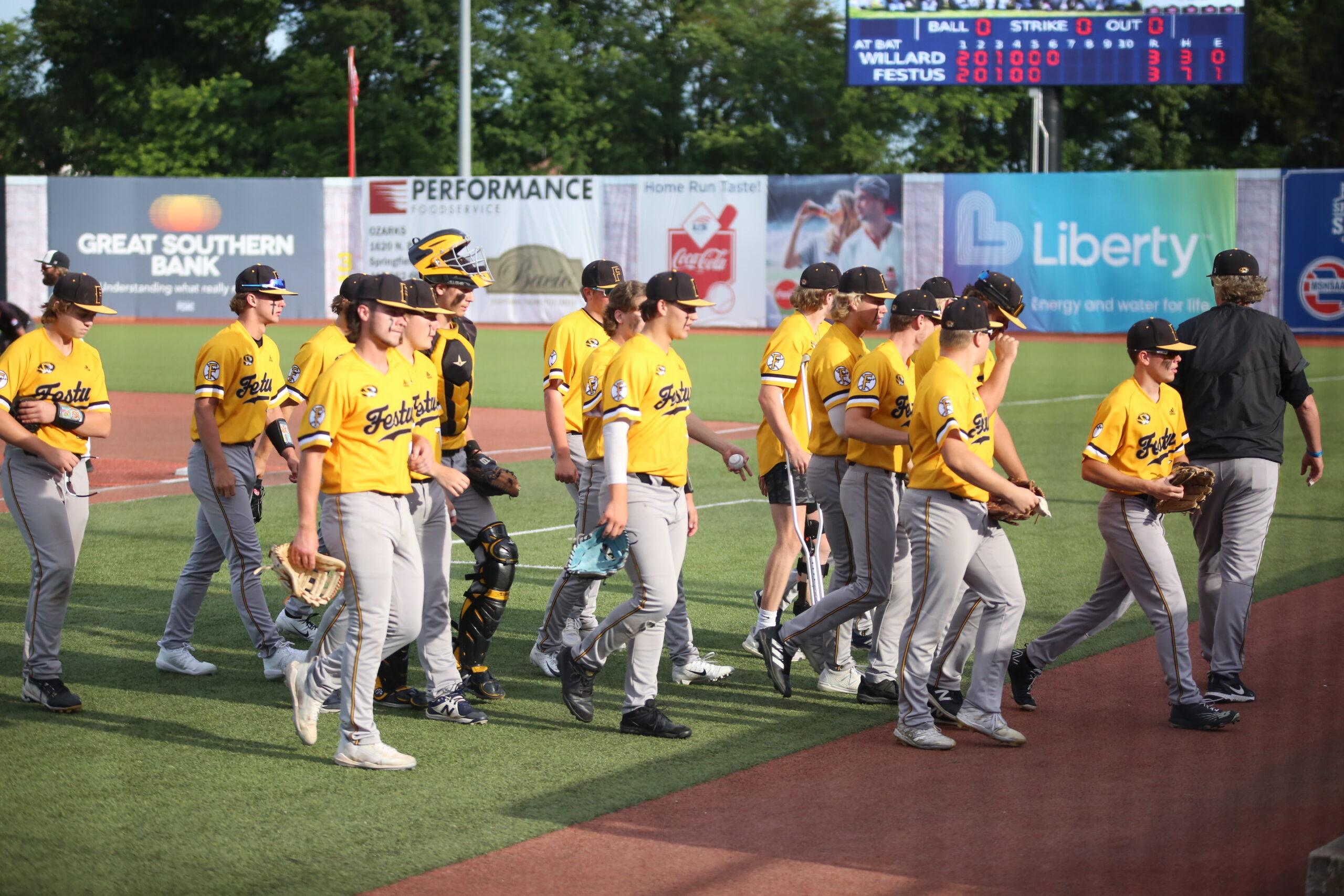 The Festus Tigers close out a remarkable and record-setting 2022 campaign with an unfortunate loss in the State Championship Finals to earn a second place finish.

Riding high off of their State Semifinal victory on Friday the Festus Tigers had to gear up quickly to take on Platte County in the Class Five State Championship Final on Saturday. The Tigers came in as the top seed and earned home field advantage, but the upstart sixth-seeded Pirates were looking to continue their Cinderella story. And they did just that, taking down the mighty Tigers 6-1 in the final game of the season.

The game was a stalemate for the first three innings as both teams traded zeros back and forth, but the Pirates broke through in the fourth with solo tally. Things would continue to unravel for Festus after that. Platte County managed to continue to stifle the Tiger bats and added to their lead with two more runs in the top of the sixth.

The biggest blow however, came in the top of the seventh when three more Pirates crossed the plate to extend the lead to an insurmountable 6-0. The Tigers fought back in the final half inning of the game, brewing a mini-rally that consisted of a Mason Schirmer single, a Tyler Bizzle error and a Kaleb Kennedy RBI base hit, but the rally ended there. A strikeout of Ian Brown was the final out of the game and Festus found their season at an end with a 6-1 loss.

Despite the score it was actually a fairly close game, but the Tigers just didn’t have it in this one. Schirmer led the way offensively with two hits in three at bats, but the rest of the team only managed three singles and didn’t draw a walk the entire game. This usually patient Festus squad just ran into a buzzsaw of excellent pitching on Saturday.

On the mound Nate Moore got the start and pitched well, going five and a third while allowing just two runs on three hits and five walks but struck out six. Jackson Gross came on in relief and was touched for a pair of runs over his inning of work before giving way to Connor Hulsey, who recorded the final two Pirate outs.

Despite the loss in the State Final, the Festus Tigers had a remarkable season. They finished the campaign 27-9 and have Conference and District hardware to prove it. This is also the farthest they have gotten in the Class 5 State run in team history, so to say it was a banner year for the Tigers would be underselling it.

Individually the team had plenty of standouts who racked up stats and accolades over the course of the longest season in the school’s tenure. Offensively the four-man wrecking crew of Connor McDonald, Hayden Bates, Bizzle and Gross did the majority of the damage.

On the pitching side of things, the rotation of Brown, Schirmer, Hulsey and Moore were spectacular all year. Brown was the workhorse with 10 starts (twice as many as any other pitcher) and led the way with 47.2 innings pitched, creating a 2.35 ERA, 1.15 WHIP and an 8-2 record. Schirmer was next in line with 37.2 IP as the swing man, racking up a 2-2 record, two saves and a sparkling 1.37 ERA and 1.14 WHIP.

It was one of the greatest seasons in Festus school history and everyone on the team should be proud of their contributions. The Tigers are trending up and the future looks bright. These young athletes now have an off-season to reflect on their accomplishments and prepare for the next challenge in 2023.