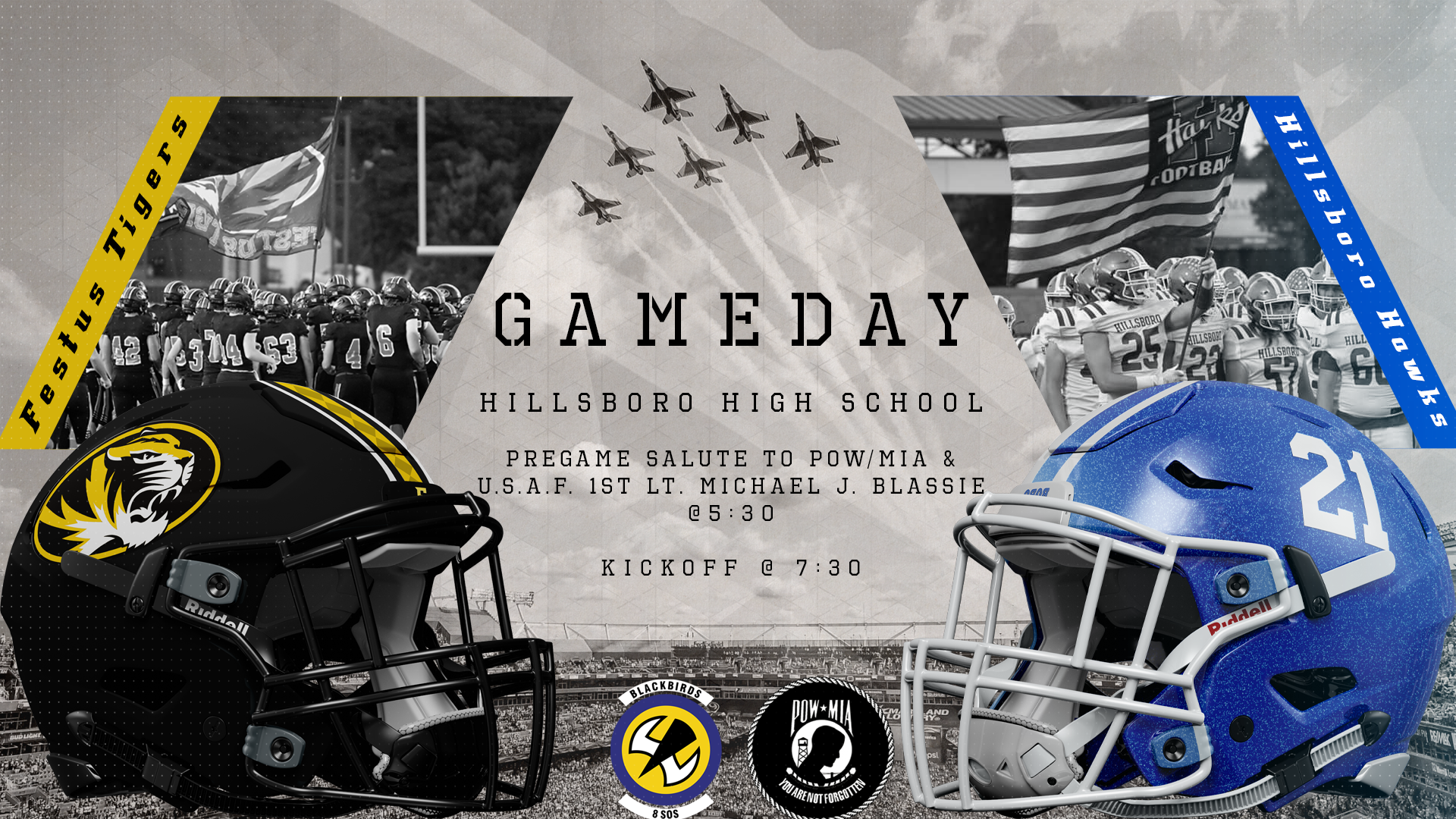 The Battle for Highway A will take a back seat this Friday, September 24th, as the Hillsboro Hawks and Festus Tigers Varsity Football teams will take part in the inaugural POW/MIA game in Hillsboro.

The Battle for Highway A takes a back seat this week as the Hillsboro Hawks and the Festus Tigers will be taking part in the inaugural POW/MIA game. This game will honor the US Military and Armed Service men and women who have been Prisoners of War or are declared missing in action. As well as a St. Louis area family, the Blassies, who after a decades long battle, finally identified and brought home a fallen hero.

Although the remains and evidence recovered from a crash site in South Vietnam in 1972, it would take almost 30 years to confirm it was United States Air Force 1st LT. Michael J. Blassie. In 1984 Blassie was laid in the Tomb of the Unknown Soldier where he’d lay until June 30th, 1998. After years of trying to confirm the unknown soldier was in fact Lt. Blassie, the family was finally vindicated as he was officially identified as the man buried in the Tomb of the Unknown Soldier. The Hillsboro community has worked tirelessly to honor his memory and the memories of all POW/MIA’s. Through their dedication and hard work for an honorable and just cause, Hillsboro has been designated the first POW/MIA school campus.

Football will be in the rear view mirror during the pregame ceremonies in this one, as the Blassie family and the memory of their loved one will be honored as he’s finally come home. The pregame festivities will include a ceremony where the Hillsboro High School band plays the National Anthem before a presentation about the POW/MIA Museum and the POW/MIA Campus Program. The crowd will then observe a moment of silence before Taps is played, and everyone has a chance to honor the memory of this brave man.

As fans move around the stadium, they will notice displays for the purpose of educating students and community about those that are Missing Action and have had to endure the torture of being Prisoners of War. In raising awareness, the POW/MIA Museum hopes to fulfill the motto of “You Are Not Forgotten”.

Due to the pregame ceremonies, kickoff for the game will be delayed until 7:30 pm. Additional information on Michale Blassie can be found here:

Good luck to the Tigers and the Hawks and we honor Blassie family and all POW/MIA’s in this monumental event.