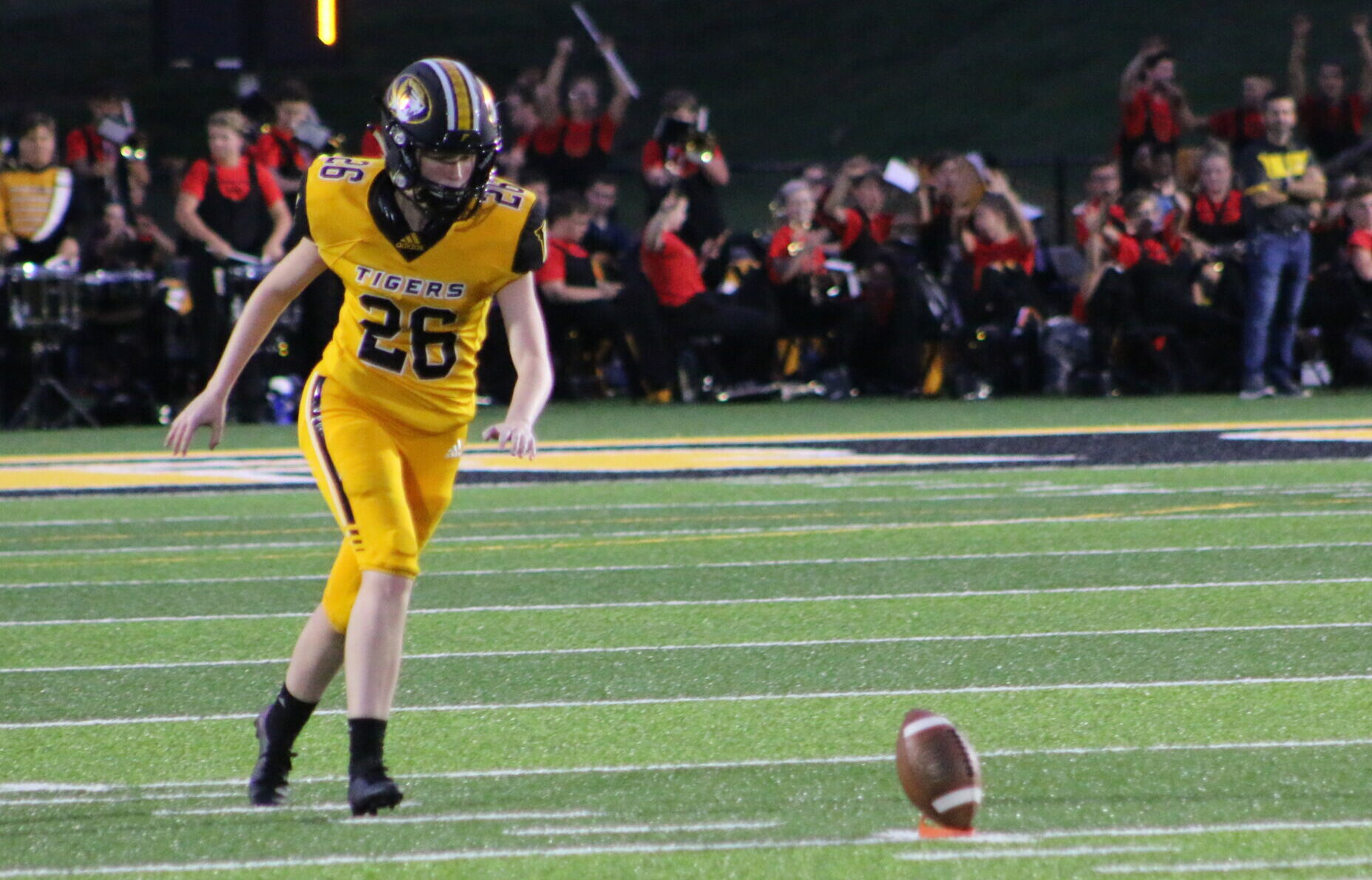 New Festus Tigers kicker Emily Holt makes program history as the first female football player. Holt is off to a magnificent start and appears to be the answer to the Tiger kicking game.

The Festus Tigers and Emily Holt made program history on Friday, September 10th. The Tigers employed Holt as their primary kicker, marking the first time in school history that a female athlete had strapped on the pads and participated in a varsity football game. Holt didn’t disappoint either, as she went 8-of-9 in extra point attempts. She followed up that ground breaking performance with an encore in week four as she once again hit 8-of-9 in the Tigers’ blowout win over the De Soto Dragons.

Ameritime Sports caught up with Holt and some of the staff at Festus to get their take on this incredible, ground-breaking achievement.

We asked Emily what prompted her to want to be a part of the football team. She responded with, “This was an opportunity that had opened up for me and it was a once in a lifetime kind of opportunity. It took a lot of consideration due to the fact that i had no experience in this specific sport. I talked to my brother and several players on the team and realized that they really needed a kicker. And as a soccer player, I knew I had the potential to succeed at it. So I accepted the position and I don’t regret my choice a single bit. I’m very passionate about soccer and it is awesome that I can bring those skills to another sport and do what I love.” 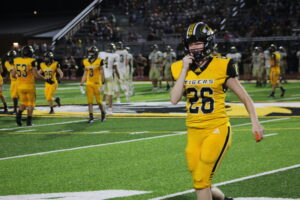 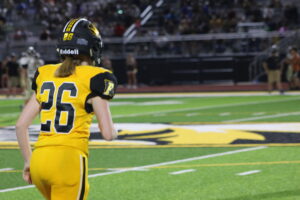 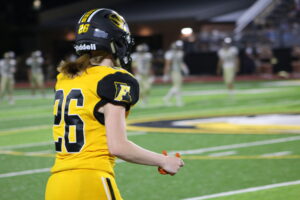 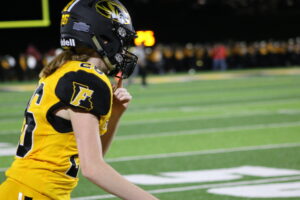 Any thoughts on what’s it’s like to become the first female on the football team at Festus?

“It is super cool to be a part of, but I haven’t really given much thought into the idea of being the first female to play football at Festus. To me an athlete is an athlete. I have been involved in team sports since I was young and I love the competitive environment. It is an honor to receive the amount of support I have had so far. The boys on the team have been great to me and have shown nothing but respect.”

Another thing that make this unique is that you get to be on the team with your twin brother. How neat is that?

“It is awesome playing with my twin. We have a great relationship and are each other’s biggest fans. It is still really surreal for me. Connor has been playing football since he was 6. I would probably not even be playing if it weren’t for him. This is definitely a memory to last a lifetime.”

Lastly, how did it feel to get that first win last Friday night?

“Winning on Friday night was definitely something I will never forget. The energy on the field and in the stands was amazing! My first ever football game on home turf with a great crowd and bringing home a W doesn’t get much better than that! I’m so thankful for the community that surrounds Festus High School.”

Humble and inspired words from Emily there. We were also able to catch up with her Athletic Director and Assistant Superintendent on the impact of her addition to the football team. We asked them both these three burning questions.

What kind of impact do you think breaking the football gender barrier at Festus will have, and what does this mean for your program?

Assistant Superintendent, Dr. Nicki Ruess responded with, “Emily is a talented young lady that rose to the challenge, and like all players on the team, understands her role. Undoubtedly, she is a testament to the adage that hard work and dedication are paramount to accomplishing goals. In addition, a critical factor not to be overlooked is that Emily is surrounded by an entire cast of teammates that fully support her efforts and know her success yields a positive impact on the team.”

Athletic Director Eric Allen had this to say, “I think it is great that Emily is kicking for our football team.  I was so excited when she hit that first extra point and then another and another and another……  It means a lot for our entire program.”

Emily showed a tremendous amount of courage accepting this position, what can you say about the character of this young lady?

Dr. Ruess: “Emily is a student that excels not only in athletics but also within the academic classroom.  In addition to football, she plays soccer and basketball and one of her main post-secondary goals is to become a veterinarian.  She is not deterred by what many may consider a nearly impossible challenge, and I believe Emily showcased that trait to everyone last week under the Friday Night Lights.”

AD Allen: “I’ve known Emily for a long time and her having enough courage to do this was never a question. She comes from a very strong family that stresses character and doing the right thing.”

Emily had a tremendous debut on the field. Do you see her as the answer at the kicker position for the rest of the season?

Dr. Ruess: “Coaching football is NOT my forte so I’m not qualified to answer that question, but as I said earlier, she has definitely provided, through both her attitude and performance, to be an asset to the team along with being a role-model for others to emulate.”

AD Allen: “I think she will continue to contribute the rest of the season and be part of a very successful team!”

Clearly the Festus program and all of her fans and teammates are completely behind Emily and her courageous journey. This is a big step for everyone involved, and a wonderfully progressive adventure. Congratulations Emily and good luck the rest of the season.