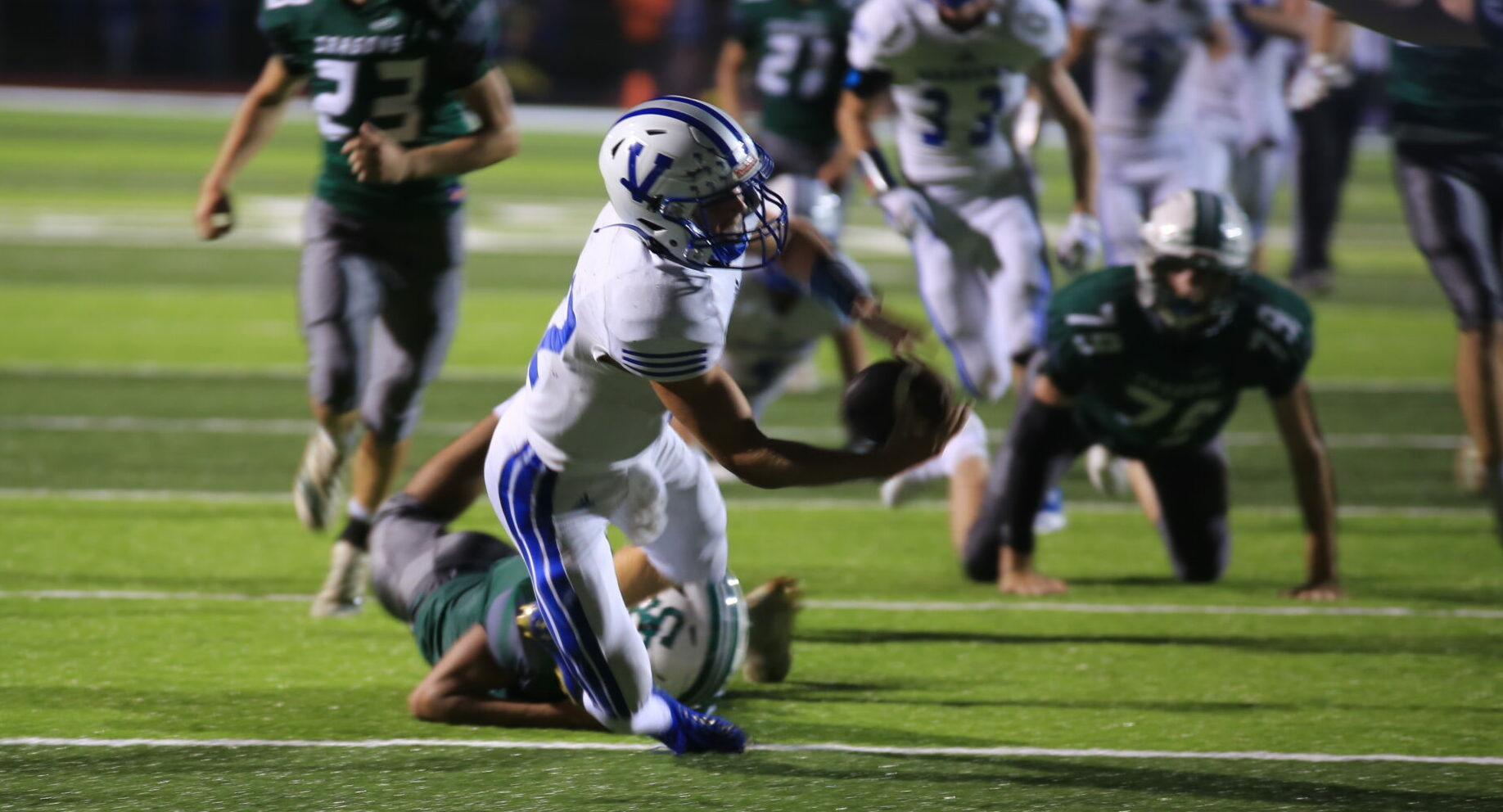 The Valle Catholic Warriors Varsity Football team runs all over the Ste. Genevieve Dragons 46-0 and move to 2-0. They will attempt to stay undefeated next Friday, September 10th against St. Vincent.

The Valle Catholic Warriors Varsity Football team ran over their cross-town rivals the Ste. Genevieve Dragons 46-0 on Friday and moved to 2-0.

Valle came out firing and controlled the game from start to finish. Chase Fallert got to work right away and chucked a 34-yard touchdown pass to Aiden Heberlie that gave Valle the initial lead. Fallert used his legs to find the end zone in the first quarter as well. The Warriors led 14-0 after one.

They blew the doors wide open in the second quarter. Fallert continued to dominate with his legs and found the end zone two more times. Bryce Giesler decided he wanted in on the fun and ran in a five-yard touchdown as well. Valle was doing what they pleased and led 33-0 by halftime.

Giesler commented on the game, saying, “I believe we played great as a whole team last night. Our offense and defense executed when it mattered most and everyone stepped up and made big plays. The O-line continued to make perfect running lanes for Chase and I and the rest of the people running the ball. Going into week 3 I feel like we just need to keep conditioning and fine-tuning to stay ready all year.”

From there, the Warriors flipped on their cruise control and coasted to a victory. They added two more rushing touchdowns, one in the third and one in the fourth, and secured the 46-0 win.

“The offense was just taking what the defense gave us all night,” Fallert said. “There’s always things to work on, so we will have to look at film and take a closer look at what we need to improve on.”

Josh Bieser led the Valle defense with three tackles. He also had two tackles for a loss and forced a fumble. Isaac Viox and Isaac Roth each had two tackles. Drury and Grant Fallert each ball-hawked one interception. The defense as a whole only allowed 143 yards of total offense. They also forced four turnovers.

Valle has now beaten Ste. Gen three straight years and by a comfortable margin each time. This was the first time they have shut out the Dragons since 2010. The Warriors are now 2-0 and are outsourcing their opponents 96-14. They move on to week three where they travel to St. Vincent to take on the Indians on Friday, September 10th at 7 pm.