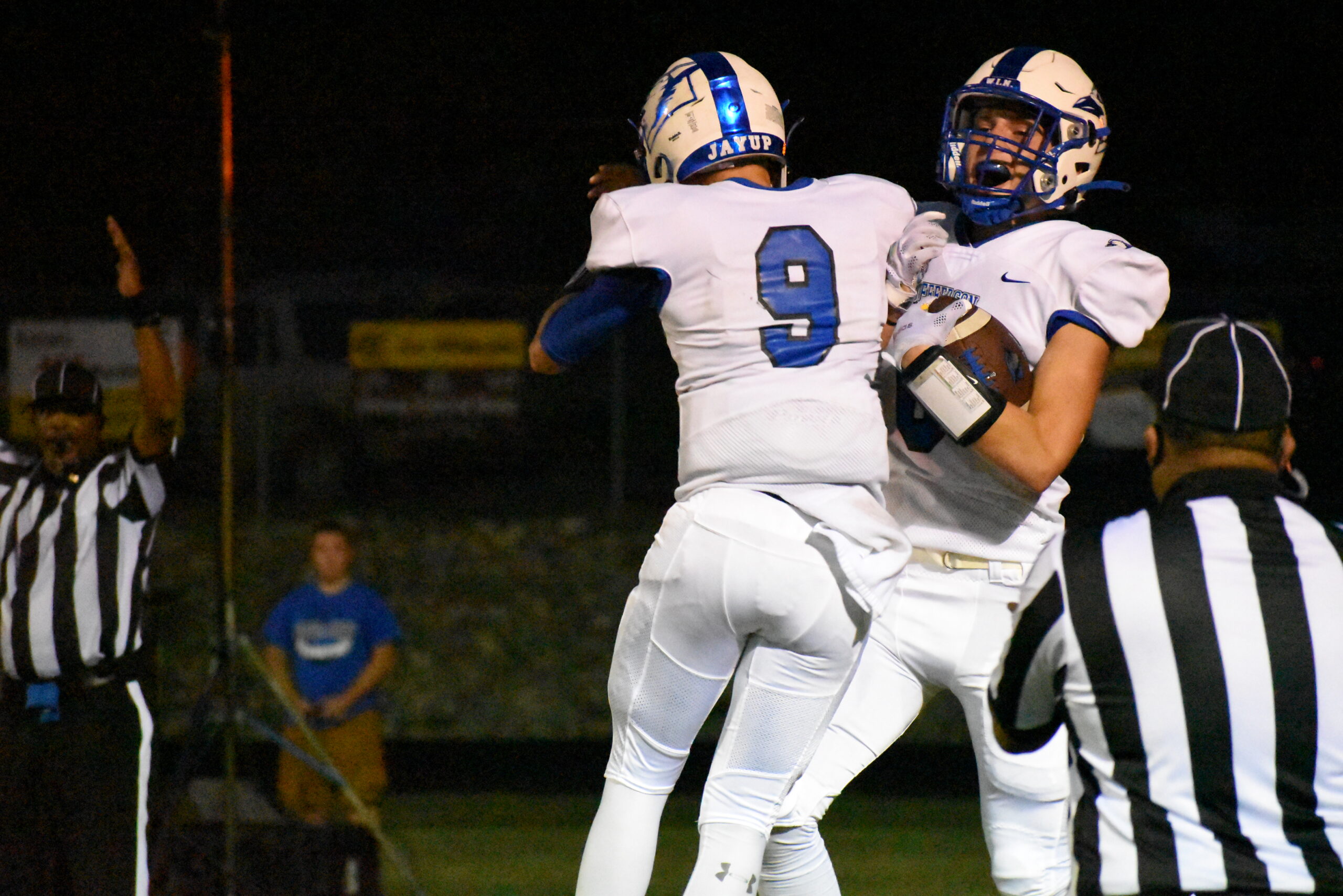 On Friday, September 3rd, the Jefferson R-7 Blue Jays traveled to Cuba, MO to take on the Cuba Wildcats in week two of the football season. The Blue Jays successfully moved to 2-0 on the season, trouncing the Wildcats 41-0. Amazingly, the Blue Jays have yet to give up any points defensively.

The team relied heavily on the passing game in this one. Quarterback Drew Breeze commented on his night, and said, “Overall it felt really good to throw the ball a lot more. It really opened everything up. Going into Herky week (Herculaneum), we just need to stick with what we are doing. We need to get some guys back and keep playing our game.” 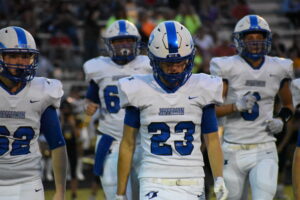 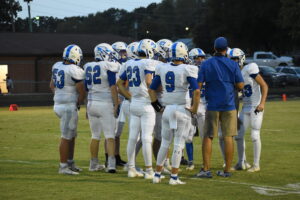 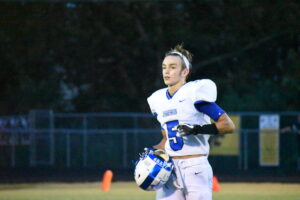 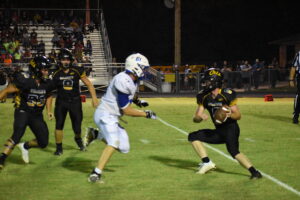 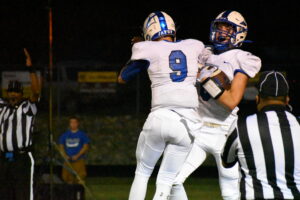 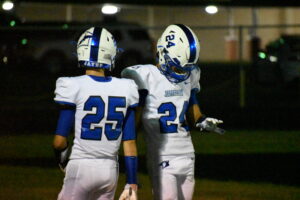 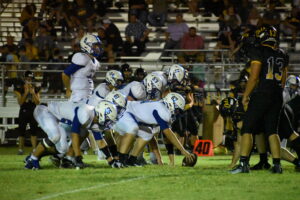 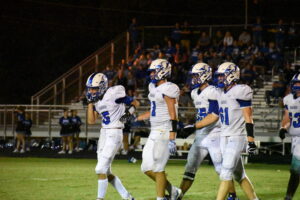 Will Breeze started the game off with a huge kickoff return for a touchdown. He ran the ball 85 yards to get the Blue Jays on the board immediately. W. Breeze then added his own extra point to jump out to a 7-0 first quarter lead.

The second quarter saw both teams defenses hold strong until just under a minute to go in the half. The Breeze trio were all responsible for the third score when Nate Breeze caught a 34 yard touchdown reception from D. Breeze. W. Breeze then added the extra point to make it 14-0 at half time.

It was all Jefferson in the third quarter, this time involving a couple other players not named Breeze. Colton Richardson caught a 21-yard reception from D. Breeze for a touchdown. W. Breeze then tacked on the extra point.

With only 1:34 left in the quarter, W. Breeze ran seven yards to score a touchdown, but missed the point after, making the score 34-0 with one quarter remaining.

The final points of the game came from Sam Stokes carrying the ball three yards for a touchdown. W. Breeze added the final extra point. The final score of the game was 41-0.

Stokes knew that Cuba would be tough, but had confidence in this team. He said, “They might’ve had a little size on us but that didn’t get us down. I feel like what really makes us successful on defense is our effort. We are giving 110 percent every play.”

Head Coach Alex Rouggly was pleased with the results. He said, “We came into tonight’s game with a bit of a chip on our shoulder. We started off fast with an opening kick off return for a touchdown, but then went back and forth with a physical Cuba football team. Our defense played a bend but don’t break style, like they have so far this year. We are really proud of the way the kids are playing on that side of the football.”

Commenting on his rushing game he noted, “Our offense struggled at times early with our run game, but our passing game really opened up in the second half. Drew was fantastic with his reads and our receivers were great at finding their marks and making plays. This was a fun game to be a part of. We had adversity thrown at us all week. This group continues to battle and grow in front of our eyes. We are extremely excited to see what that continued growth brings them in the weeks to come.”

The Blue Jays look to stay undefeated as they will now prepare for week three, where they will host the 2-1 Herculaneum Black Cats on September 10, at 7:00 P.M., in an important district match-up.