The Festus Tigers took no prisoners last season.  In 2020 they put together their most impressive campaign in over a decade, and came home with District and Conference Championships.  First-year Head Coach AJ Ofodile may have caught lightening in a bottle in his inaugural season, but the Tigers were a force to be reckoned with for sure.

After rattling off seven straight wins to begin the year, the Tigers dropped just one game throughout the entire regular season.  With a well balanced, attack the offense and defense both shined for the Festus squad in 2020.  They scored 35 points or more in all but one of their victories, and allowed 13 or less points in eight of the 12 games during their 10-2 season.

A gritty 27-6 home win over a perpetually-formidable North County squad kept their playoff hopes alive, only to be dashed by nail-biting 34-25 loss to Union in the State Quarterfinals.  But that is in the past.  Despite losing a solid crop of starters, now second-year Head Coach Ofodile has a plan in place to keep the train moving in Festus.  Ameritime Sports caught up with Ofodile and asked him to breakdown what 2021 looks like for his talented Tigers. 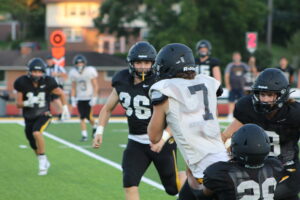 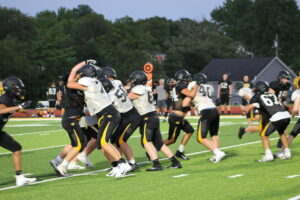 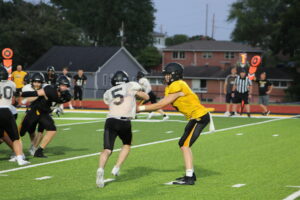 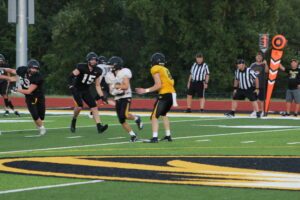 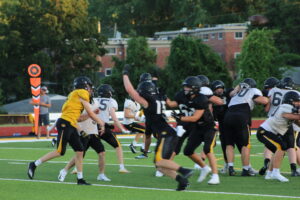 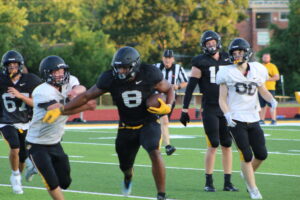 We asked the Head Coach how he feels about finishing 10-2 last season, with the school’s first District Championship since 2011, despite the loss of a big Senior class with many impact players, and how that changes things for this season?

Coach Ofodile responded with, “We had a big Senior class that was a major factor in our success. It’s always hard to replace that type of experience. We have some key Senior returnees, but it’s going to be tough competing with the teams on our schedule who all return most of their key players. We hope to stay healthy and improve as the season goes on.”

-What are the strengths of this team, and what aspects do you think will be a work in progress?

We are very talented and experienced at QB, TE, RB, WR.

We have some talented kids in our defensive front 7 and OL but we lack experience and we will need to continue to develop throughout the season.

We also have a good mix of experience and potential in the secondary as well.

As for your Impact returning players:

Next we noted that he’ll need some younger guys and new talent to set up. We asked who are a few of those players to fill the voids and what is their importance to the team?

“The addition of SR Eric Ruess (TE/OLB) was very important to our program. He adds game experience, athletic ability, leadership and toughness. He is a very versatile player on both sides of the ball and allows us to be multiple in our approach to offense,” quipped Ofodile.

He continued with, “We have some guys who played a lot as Freshmen last year in Landen Yates and Eli Ortmann. They have both had excellent off seasons and we need them to take on bigger roles this year. Some of our biggest losses a year ago were on the OL. We return SR Connor Holt who we are counting to anchor our OL, but we also are expecting JRs Peyton Besore and Eli Williams to step into major roles for us this year. We are also excited about the addition of Arhmad Branch at WR. He has been a high-level basketball and track athlete at Festus, but he is a really explosive athlete on the football field.”

We also asked the Tigers Head Coach what the strengths of this team are, and what aspects does he think will be a work in progress.

He gave us this, “We are very talented and experienced at QB, TE, RB and WR. We have some talented kids in our defensive front 7 and OL, but we lack experience and we will need to continue to develop throughout the season.  We also have a good mix of experience and potential in the secondary as well.”

We also picked Ofodile’s brain about the key returning players this season and what those athletes mean to this 2021 squad.  He responded succinctly with, “Cole Rickermann: QB-Great Leader, talented athlete, experienced. Our entire offense runs through Cole.  Eric Reuss: OLB (see above).  Kaian Roberts-Day: explosive athlete with elite size and speed and big play capability.”

Finally, we nudged Coach about the players that have had the most impressive offseason and anyone that may be flying under the radar a bit.  He said, “Landen Bradshaw fully recovered from ACL surgery in 4.5 months, Ortmann posted the strongest freshman weight room numbers in my coaching career, Rickermann had the highest three lift total improvement and Yates is the strongest pound for pound player in our program.”

Impressive stuff to say the least.  It sounds like the Tigers are going to miss a lot of the big pieces that made them so successful in 2020, but it also appears they have a solid plan in place to try and return that same measure of success this year.  Only time will tell, but this Festus squad looks poised to make another run in 2021.

Follow all the detailed and descriptive coverage here at Ameritime Sports all season long.