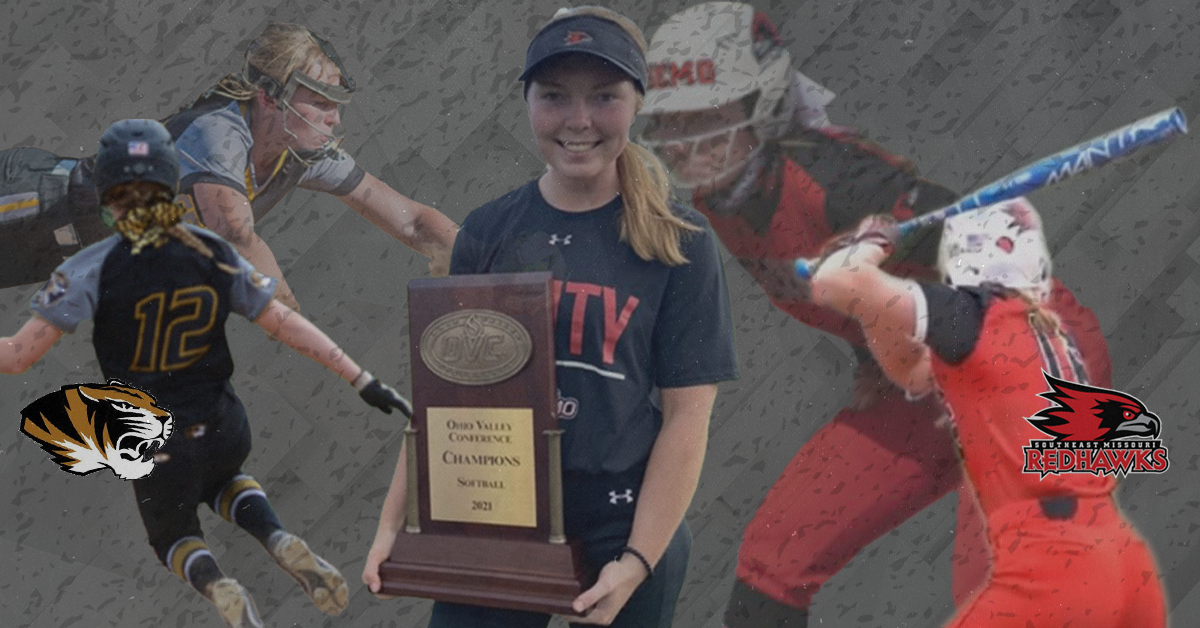 Where Are They Now: Abby Rickermann

The Rickermann name is held in high regard in the Festus community.  It is synonymous with excellence, pride and dedication.  Standout Tigers shortstop Abby Rickermann has certainly lived up to the billing, and exceeded expectations, when it comes to making good on the surname.

Ameritime Sports had a chance to catch up with Abby, who after an illustrious career at FHS, has moved on to greener pastures at Southeast Missouri State to ply her trade on the diamond at the college level.

After hitting over .500 for her High School career and accruing countless accolades and “atta-girls”, she committed to Southeast to continue her impressive softball trajectory. 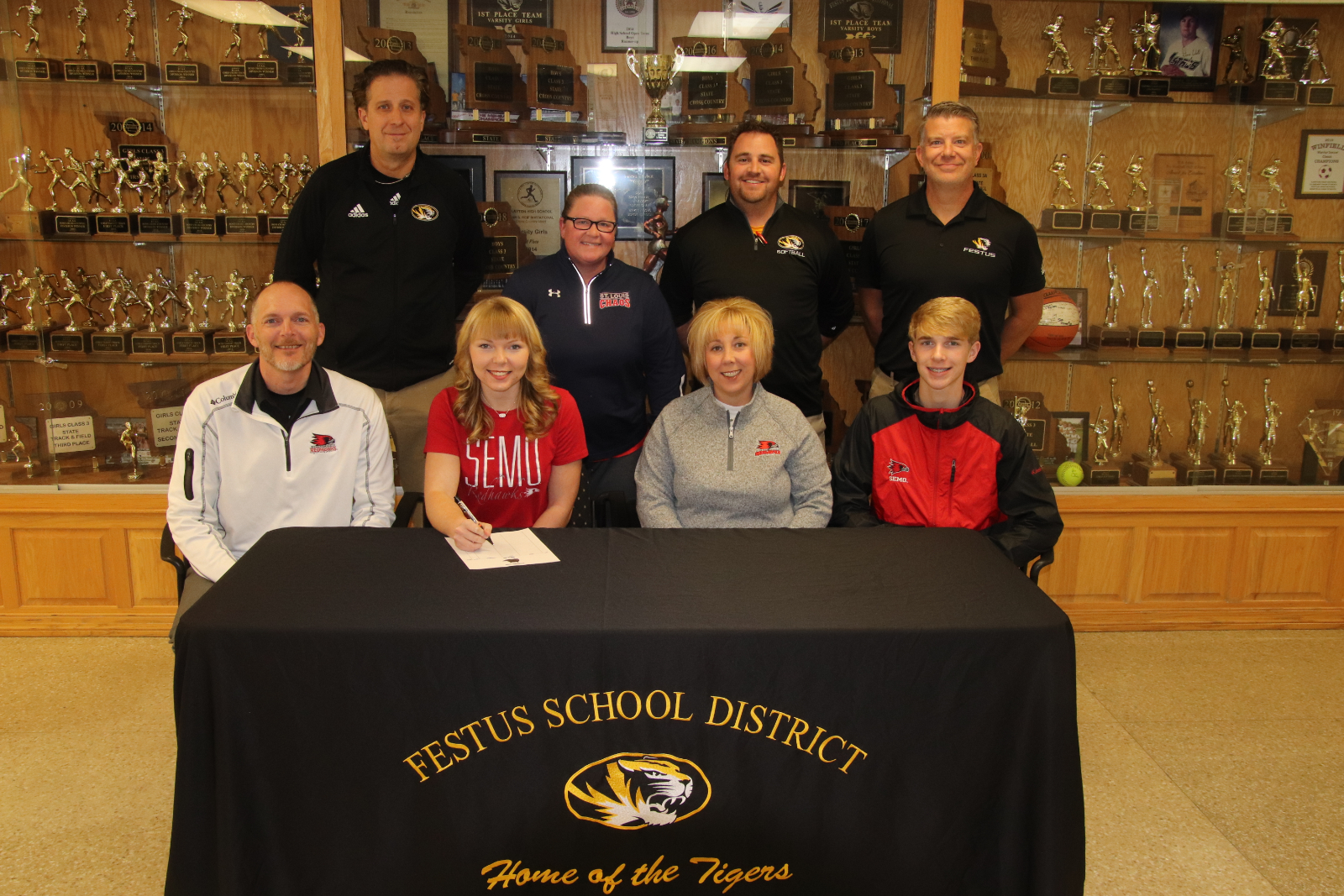 We asked Abby what her motivation was for choosing SEMO, and she responded in kind with, “I ultimately chose SEMO because of the great program that Coach Redburn has built and developed over the years. I loved the atmosphere of Southeast as a whole and I knew from my first visit that I would fit in well there. I also chose to go to SEMO because it’s only an hour and a half from home. This allows my family to come to most of our home games. That was extremely important to me because they are my biggest supporters and have come to every sporting event my brother and I have ever had. It wouldn’t be the same without them there.”

When we pressed the humble athlete about how her first season in college went she gave us this tidbit, saying,“Overall, I think my first season went very well. I was able to get into just about every game whether it was running, being a DH or starting. As a team I think we had a very good season. We won the regular season OVC Conference. I feel like that’s very impressive for our team because we were very young this year.”

Very impressive indeed.  Not many athletes make the transition to college ball in such a smooth-as-silk manner, and Abby had to tackle the adjustment of a new position on the field as well.  A standout shortstop for Festus, she transitioned tosecond base at the next level.  We asked her about her switch to the keystone at SEMO and she dropped this on us, “I think at first it was an adjustment just seeing the ball from a different angle and then learning some of the different responsibilities a second baseman has compared to a SS, which can vary based on your team. Overall, I do feel like the two positions are quite similar.” 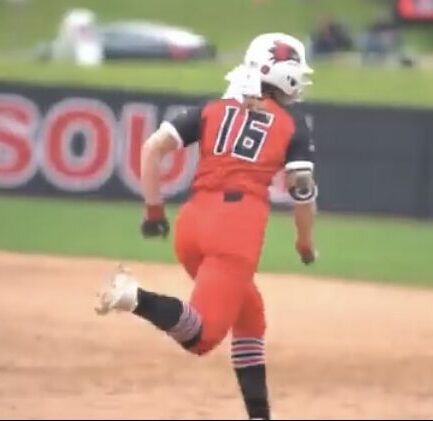 Clearly, Abby is a student of the game in the purest sense… making that slide to the right not as taxing as it would be for some.  The college transition is multi-faceted in its difficulty, but when you exceed to the level that Abby achieved in High School, it’s no surprise that she is thriving in a new environment.  After hitting .494, .568, .545 and .467 from 2016-2020, with 57 RBI and an OPS of well over 1.000 in each season, she was destined to rise to the next challenge.

But we wanted to ask her about her time at FHS, some of her standout moments and what that meant to her.  She beamed when saying, “I’m very thankful for the career I had at Festus and for all of the friendships and memories I made there. A few moments that stood out to me were winning Districts my Sophomore year because we had to come back and beat a tough Lutheran South team that beat us earlier in the year. The other big standout moment was beating Hillsboro for the Conference title my Junior year. That was the only year that we beat them in my High School career and since it was probably our biggest rivalry, it was awesome finally winning one over them.”

Champion Tigers).  We asked Abby about her relationship with her brother and how these two star athletes support each other.  “I’d say we are very close. We got closer as we got older and I’m so grateful for that. We may not have gotten the chance to play together but we are very supportive of one another. He may not be as vocal but he comes to my games when he gets the chance and always asks how they go. It’s 100% true when I say I’m his biggest fan. I’ll be the loudest person in the stands… besides my mom cheering for him.  He works so hard, is an incredible athlete, a great leader for his teammates and is extremely humble. I can’t wait to see what else he does in the future.”

Lastly, we are proud to announce that Abby has joined the Ameritime Sports family and will be working with us when she’s not cracking the books and dominating on the diamond.  We pressed her for how she feels about Ameritime Sports’ coverage in general as we welcomed her to the team.

“I think Ameritime does a great job on their coverage of local athletes. The work and time dedicated to the pictures, hype videos, and highlight reels do not go unnoticed. I think they turn out great and there isn’t really anyone else doing something like that for our athletes. I know myself, Cole and numerous other athletes appreciate everything they do.”

Cheers to Abby Rickermann, one of the most humble, gifted and sincere athletes we’ve had the privilege to cover.  Wishing you the best in your college career at SEMO, but it’s not as if you’ll need it.

Where Are They Now: Abby Rickermann