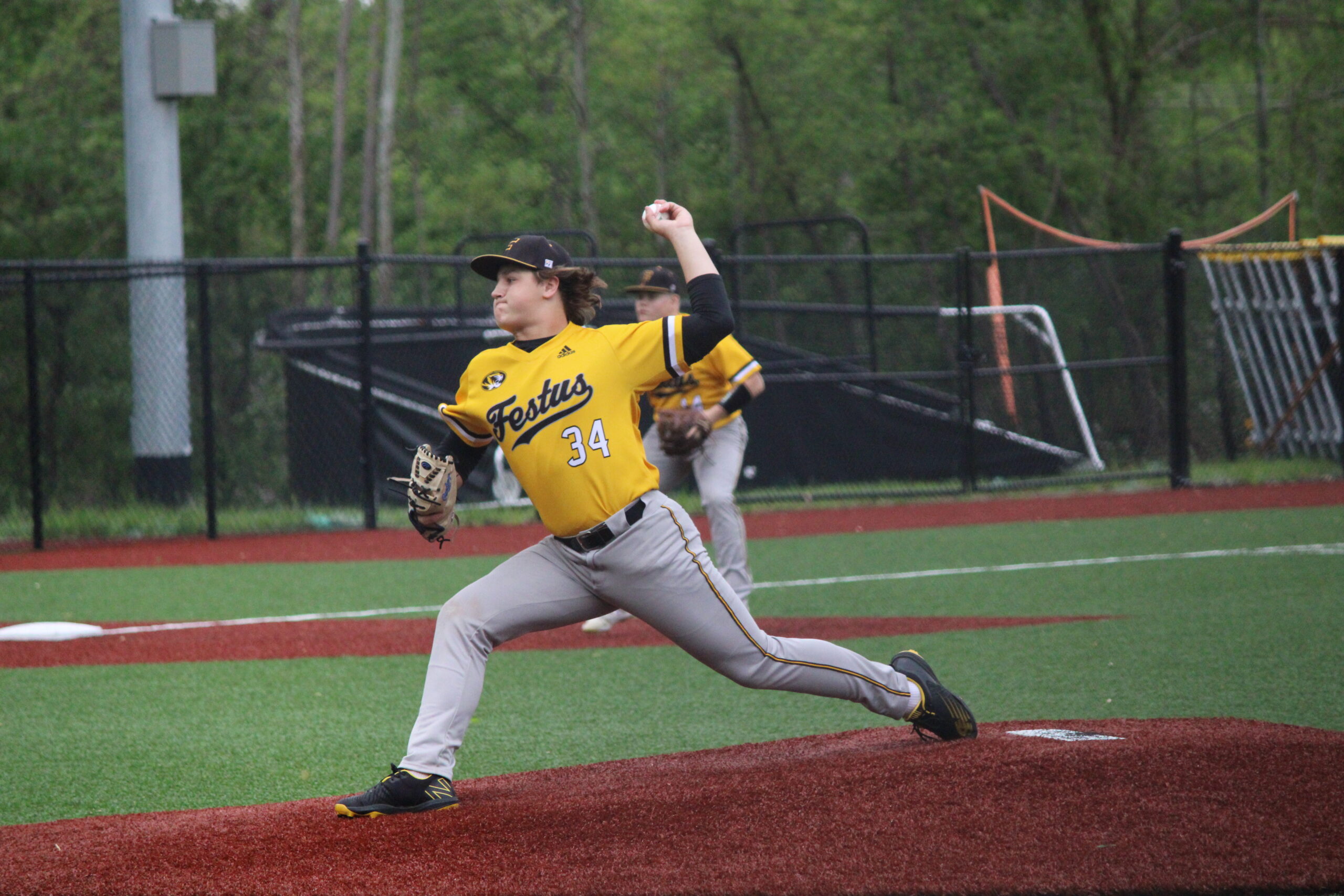 The Festus Tigers sweep the week and are riding a seven-game win streak into the District playoffs.

The Festus Tigers closed out the 2022 Baseball regular season on quite a high note. After a low point of the season where they lost three straight at the end of April, the Tigers turned the worm in May and have rattled off seven straight victories to end the regular season with a truly impressive 22-8 record.

The theatrics began on Monday against Cape Notre Dame and the Tigers were hot from the jump. They dropped three runs in the first and another in the third to take a 4-2 lead after three innings. Cape climbed within one after a a run in the fourth, but Festus answered with a seven burger in the sixth and put the game to bed. After the dust settled the Tigers found themselves with an easy 12-4 victory.

Connor McDonald was one of three big hitters in the game with a 2-for-4 effort that included a double and three RBI. Mason Schirmer and Tyler Bizzle tore the cover off the ball as well to round out the triumvirate with three hits and two RBI apiece. Toeing the rubber was Kaleb Kennedy who fired four innings, in which he allowed zero earned runs and struck out six, until he gave way to Cole Skaggs who closed out the final three frames.

The next game came a day later and saw the Tigers taking on the Statesmen of Webster Groves. Webster jumped out early with a 2-0 lead in the first, but Festus managed to plate a run in the fourth to make it a one-run game. Webster had designs on keeping their lead though and tacked on two more in the seventh to try and take down the win, but the Tigers had other plans. They stormed back for four in the final inning and walked off the Statesmen 5-4 in clutch glory.

Bizzle was the big hitter once again as he ripped off a pair of hits in his four at bats and drove in a game-high three runners. Jackson Gross was the only other Tiger credited with an RBI in the contest. As for the mound work, Ian Brown got the start but lasted just two innings before handing the ball over to Connor Hulsey, who went the final five and didn’t allow an earned run while fanning four.

Finally, the Tigers ended their regular season run with a game against Affton on Wednesday, and what a game it was. The seventh straight win for this Festus club was a no-doubter from the start as they jumped out to a ridiculous 8-0 lead after one. They scored two more in the second and added an insurance run in each of the third and fourth innings, which triggered the mercy rule and ended the game at 12-0 after four.

Kennedy went bonkers in this one, blasting a pair of home runs and driving in five of the 12 runs on the day. McDonald had a pair of hits and drove in three in this one, and was joined by Hayden Bates and Anthony Simon, who each had a pair of hits and drove in two. Trent Ellis got the start in and cruised through three shutout innings while the Tigers as a group collected a one-hit clean sheet with three pitchers taking down Affton.

Festus finished the regular season with a 22-8 record and will kick off the postseason on Monday at home against North County. This surging club looks poised for a deep run in the playoffs.