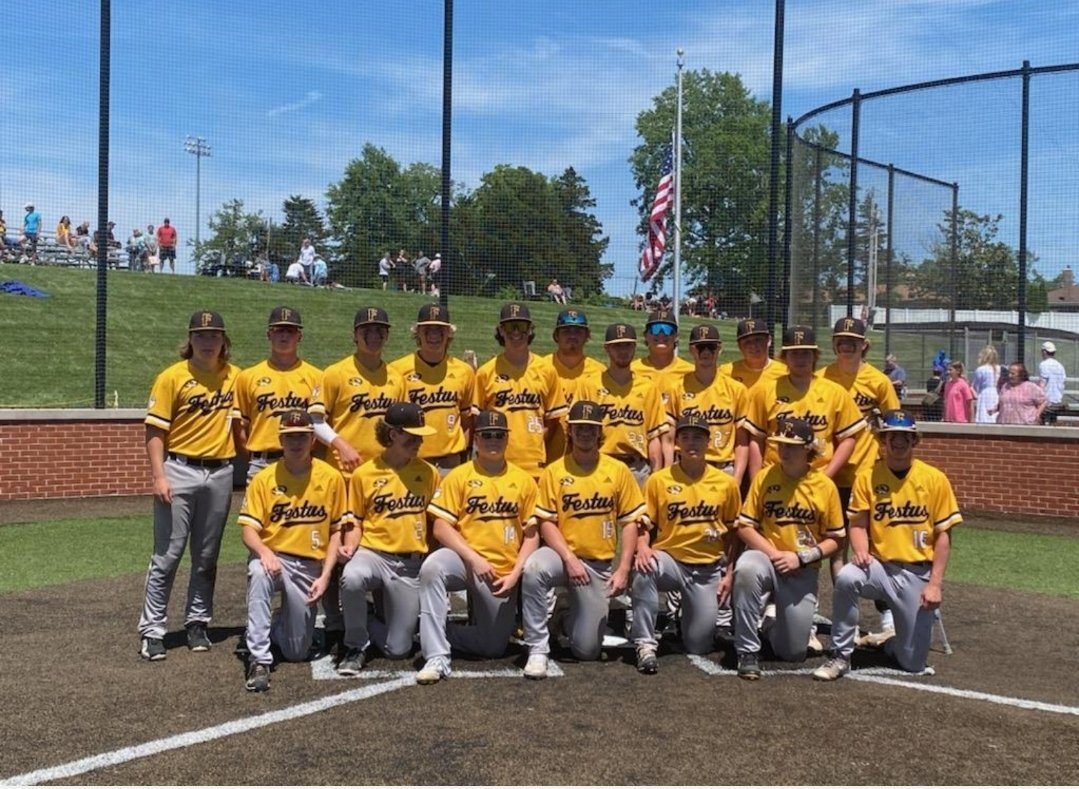 The Festus Tigers dominate Lutheran South in the State Quarterfinals and will head to the Semis next Friday to continue their incredible run.

The Festus Tigers State Championship hopes are not only still alive, but thriving, after a 12-2 blowout win over Lutheran South on Saturday. The now 26-8 Tigers have escaped the ever-elusive quarterfinal round with their convincing victory, and are now primed and ready for the Semis. Here’s how they got there…

On Saturday, the visiting Lutheran squad struck first with a run in the top of the opening inning, but Festus fired right back with three runs of their own in the bottom of the frame. They weren’t ready to slow down though, as they tacked on another pair in the second to take a commanding 5-1 lead. It was one they wouldn’t relinquish.

The Tigers added solo runs in the fourth and fifth innings to nudge their lead to 7-1 before Lutheran trimmed the advantage to 7-2 with a tally in the top of the sixth. That just set the stage for dominance though. Festus decided enough was enough and buried their opponents with five more runs in the bottom of the inning to enact the mercy rule and take the game in walk-off fashion.

The Tigers racked up 13 hits in this one and drew four walks to boot, as the offense was buzzing from the jump. They tallied three doubles, a homer and struck out just two times in the entire game. The defense was a little shaky with three errors in the contest, leading to both runs being unearned, but their outstanding pitching minimized any shred of a legitimate threat.

Hayden Bates set the tone offensively with a 2-for-3 day that included a double, two runs and a game-high four RBI. Jackson Gross was the hit-leader for the Tigers with three in four ABs, while Connor McDonald had the big blast of the game, marking the only four-bagger in his 2-for-4 effort. Mason Schirmer had a pair of hits and two RBI as well to round out the majority of the damage for Festus’ offense.

He was also the star on the mound. He hurled 5.1 innings and didn’t allow an earned run, while fanning seven and allowing just two hits. He put the team on his shoulders and it paid off in spades. Nate Moore came on in relief after Schirmer reached his pitch count and locked down the final two outs of the game to seal the deal.

The Tigers are rolling, and that cannot be disputed. With 11 straight wins that led them to a Conference Championship, a District Championship and now a State Quarterfinal victory, they are truly a force to be reckoned with. Their next test will come on Friday June 3rd, as they will take on a 32-7 Willard squad in the semifinals.

Catch all of the heart-pounding action live on Ameritime Sports’ livestream page.