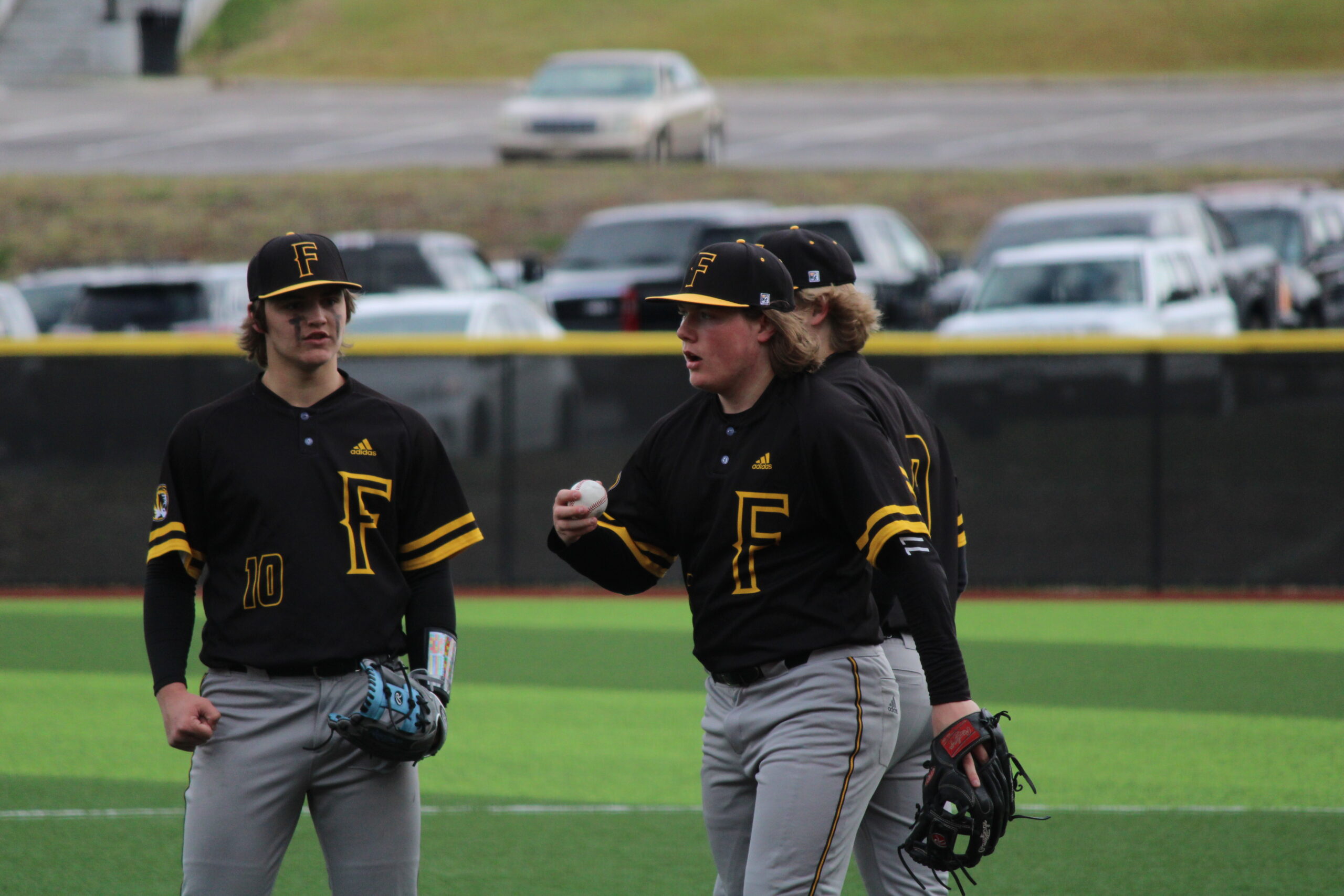 The Festus Tigers take down North County and Hillsboro to cruise into the District Finals against the Windsor Owls on Monday.

The Festus Tigers are sizzling right now, as their Varsity Baseball has won nine consecutive games to usher them into the District Championship Final. After rattling off seven straight wins to close out the regular season, the top-seeded Tigers made short work of North County on Monday in the quarterfinals with an 8-1 victory before taking on their crosstown rivals in the semis. After a 24-hour rain delay, Festus bested the Hillsboro Hawks 7-1 to roll into the finals.

In the quarterfinal matchup the Tigers didn’t waste any time, as they jumped out early with three runs in the first and then three more in the second. They tacked on two more in the fifth to go up 8-0 and the Raiders’ coffin was essentially nailed shut. North County finally got on the board with solo tally in the top of the sixth, but the Tigers had dug their grave too deep and Festus prevailed 8-1 with relative ease.

The Tigers racked up seven hits and drew seven walks, as they got contributions up and down the lineup.  Connor McDonald and Anthony Simon each had two hits and two RBI to pace the offense, while Tyler Bizzle drove in two with his lone hit. Hayden Bates wreaked havoc on the base paths as he reached via hit and walk, scored three runs, drove in one and stole a base.

On the mound it was all ace Ian Brown. The talented hurler fired a complete game two-hitter and allowed just one Raider run to cross the plate. He struck out nine against just three walks and was obviously credited with the well-deserved win in the scorebook. The Tigers were headed to the semis.

After some expectedly unexpected interruptions from Mother Nature, the Tigers were set to take on the Hawks on Friday afternoon, and they made the most of the extra day of rest. Without missing a beat they came right out and dropped a six-burger on Hillsboro in the first inning to essentially end the game as soon as it started. Festus got another in the fifth before the Hawks finally scratched out a run in the sixth, but that was all she wrote and Festus high-stepped into the finals with a 7-1 victory.

Striking first seems to be doing the trick for these Tigers as the six-run opening frame completely dismantled the Hawks. Festus used a pair of singles, a walk and three HBPs to go up 3-0 before Brown cleared the bases with a booming three-run double to center. He went on to go 2-for-3 and was joined by Jackson Gross as the Tigers with two hits in the game.

Mason Schirmer was on base three times with a hit, two walks and an RBI and also had a little work to do on the mound. He matched Brown’s effort from the quarterfinals with a complete game three-hitter, allowing just one run and striking out nine against just one walk. It was a dominant two-way effort from the talented hurler to propel Festus into the District Championship Final.

Said Final, which was slated for Saturday, has also been postponed due to the barrage of thunderstorms ripping through the State this week. The Tigers will have to wait until Monday for their chance to claim the District Title against the second-seeded Windsor Owls… and if you’re a Tiger fan you have to like their chances.

Festus and Windsor squared off twice in the regular season in the form of a rare Tuesday double-header on April 12th. The Tigers won both games, taking the matinee 9-3 before blanking the Owls in the finale 2-0. That being said, this is the playoffs and anything can happen. Festus has owned Windsor this year, but the Owls are a tough team and went 19-11 in the regular season, so the Tigers will likely have to bring the sting early once again in this title bout.

First pitch will be Monday, May 23rd at 4:30 pm. Catch all the action on Ameritime Sports’ livestream broadcast so you don’t miss a moment of Tiger history in the making.