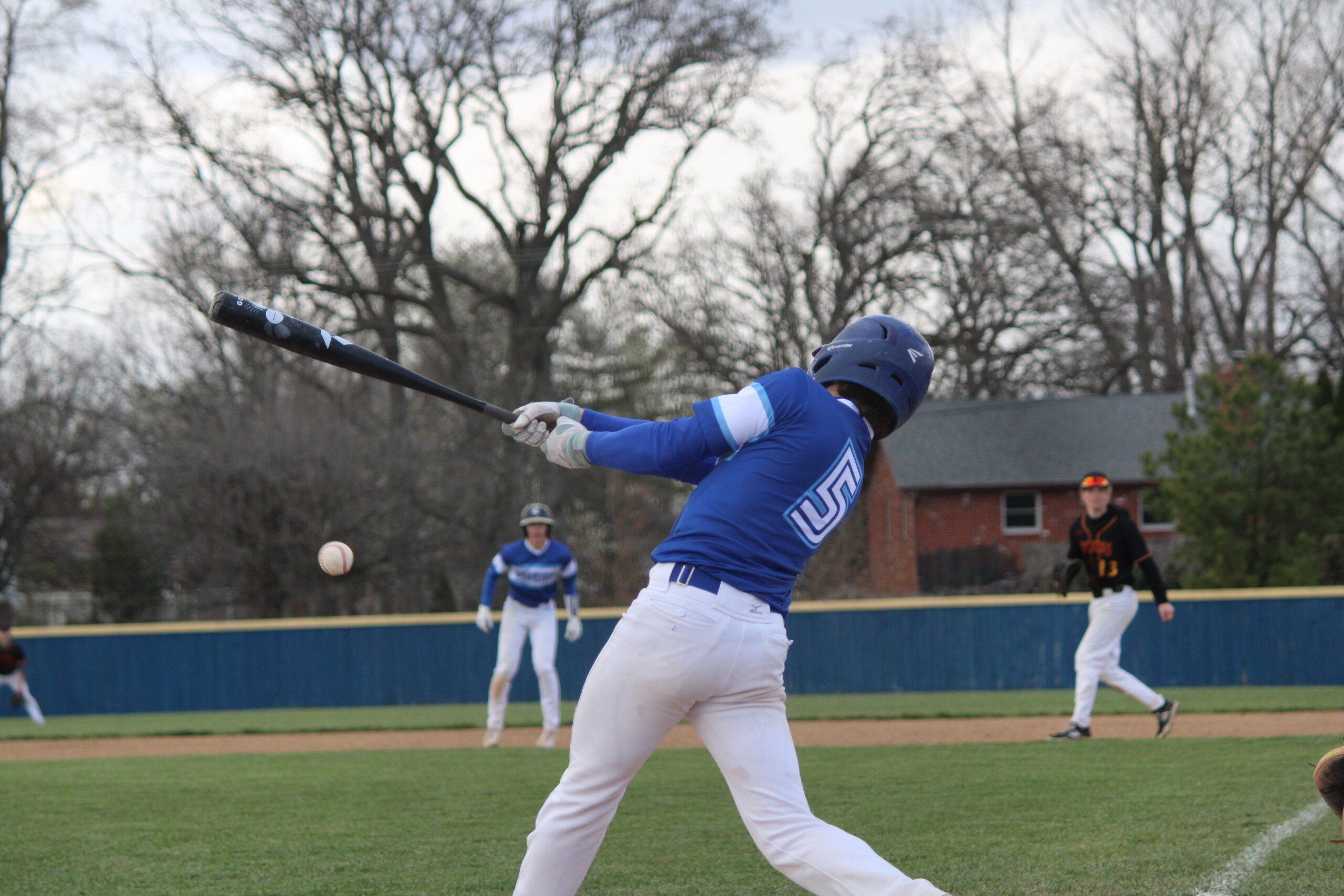 Now sitting with an amazing 25-7 record, the Valle Catholic Warriors own two more schools this week with tremendous pitching and bit bats.

Opponents take note. The Valle Baseball team can flat-out hit. To make them even more dangerous, they also have lockdown pitching. The Warriors showed their prowess twice last week, first in a dominant 10-0 win over North County, and then in an incredible comeback 4-3 victory against Vianney.

On Tuesday, May 10th, Valle took their gloves to North County and let them know why they are to be feared. The bats busted out early in a six-run third inning and then sealed the deal with two more runs in both the fifth and sixth innings. North County had no answers and the game was called without a seventh-inning necessary.

Hitting machine Grant Fallert continued to rake and had three hits, including a double, allowing his teammates to drive him in three times. However, doing the most damage was Collin Vaeth who had two hits and four RBIs. Attempting to keep pace, Nathan Schwent drove in three runs on two hits, and also with an excellent three-hit game was Alex Viox who chipped in with an RBI.

The pitching shouldn’t be overlooked, as North County only managed two hits. Getting it done on the mound as well, Vaeth started the game and went six shutout innings, striking out five, to pick up the win.

The second game of the week looked much different than the first. On Friday, May 13th, the Warriors battled the Vianney Griffins and had to come from behind to get the win. With both teams struggling to find runs through five innings, the bats finally came to life in the sixth with the Warriors putting up two, but being quickly countered by Vianny who surpassed them with three.

Down 3-2 and facing only their eighth loss, Josh Bieser stepped into the box and drove in the tying run to force the game to extra innings. After two singles moved Viox to third base, Clayton Drury grounded out, allowing Viox to score and put it in the hands of their pitching who shut down the Griffins in the bottom of the eighth to get the win.

In this one, the hits were plentiful, though the runs were not. Five Warriors had two-hit games, including Chase Fallert, Aiden Heberlie, Vaeth, Viox and G. Fallert. C. Fallert picked up the only extra-base hit which was a double.

With the district tournament just around the corner, Valle is primed to take the number one seed. The Warriors couldn’t be playing a better brand of baseball, and if the season is any indicator, the post-season expectations should be big.