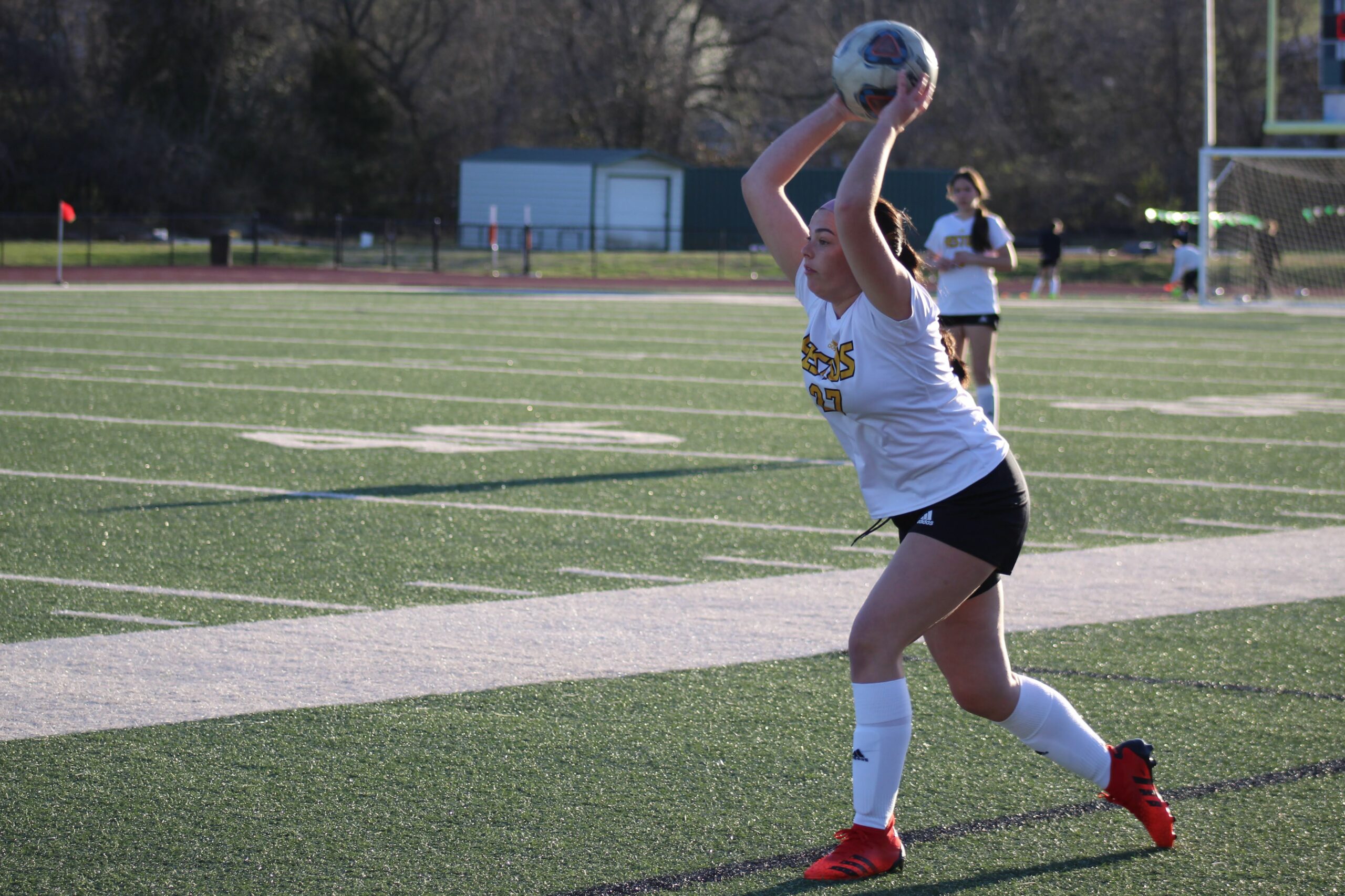 After an impressive finish to the regular season, the Festus Tigers scraped and clawed all the way to the finish line, but it just wasn’t enough to advance in the District Tournament.

It’s been an up and down season for the Festus Tigers Girls Varsity Soccer team, and this last week was no different. After suffering a blowout loss, the Tigers rebounded with a nice shutout victory, and followed that up with being shutout themselves.

In the first game of the week, with the heat scorching, the Tigers battled the Windsor Owls. The game was close after the first half, with Windsor up 3-1. However, due to relentless Owl pressure, the wheels came off and the defense allowed six more goals, to give the Tigers a 9-1 mercy-rule loss.

The bright spot of the game was Emily Holt who continued to score. She buried a shot, off a pass from attacking partner Jersey Moonier. The Tigers however, knew their next opponent would feel the wrath.

On Thursday, May 12th, in the last game of the regular-season, Festus looked to take out their frustrations on unsuspecting Hancock. After a slow start, Holt broke the 0-0 tie at minute 32 in the first half. She took a pass from Riley Vogel and blasted the ball home to give the Tigers a 1-0 lead at the half. In the second half, three more goals were added by J. Moonier, Brynn Moonier and Vogel. Shyanne Hofmeister was the playmaker providing two assists.

Defensively, it was a collective effort. In the net, Mady Geiler and Zoe Erxleben combined for a shutout. It’s been a struggle at times, but the coaching staff sees what’s possible. According to Head Coach Caleb Zustiak, “The team continues to show improvement in the program, putting together some nice passing plays and coordination.”

Hoping to capitalize on any momentum from the win, the Tigers then faced St. Vincent in the first round of the Class 3 District 1 Tournament. On Saturday, May 14th, playing on a hot afternoon, Festus gave a top effort but didn’t quite get the job done.

With an opportunity to jump on top early, Holt took a through-ball from J. Moonier which led to a breakaway, but the keeper stepped up big and made an excellent save. The Festus defense, however, couldn’t keep them in the game, as the Tigers found themselves down 3-0 at the break. St. Vincent added one more to defeat the Tigers 4-0, and ultimately end their season.

The Festus Tiger Senior class of Holt, Erxleben, Lily Knickman, Samantha Helbrueck and Madison McHawes all contributed big in the final game. In their four years, they helped bring the Festus program up and will now pass the torch to the younger players. Said Zustiak, “We have a strong backbone of underclassmen who will continue to move the team in the right direction and we look forward to building on the team’s success as we move forward.”

While it wasn’t the storybook finish for which they had hoped, it was a big improvement from the previous season. The Tigers can hold their heads high and be proud of what they have accomplished, as they now become a part of Festus Soccer history.