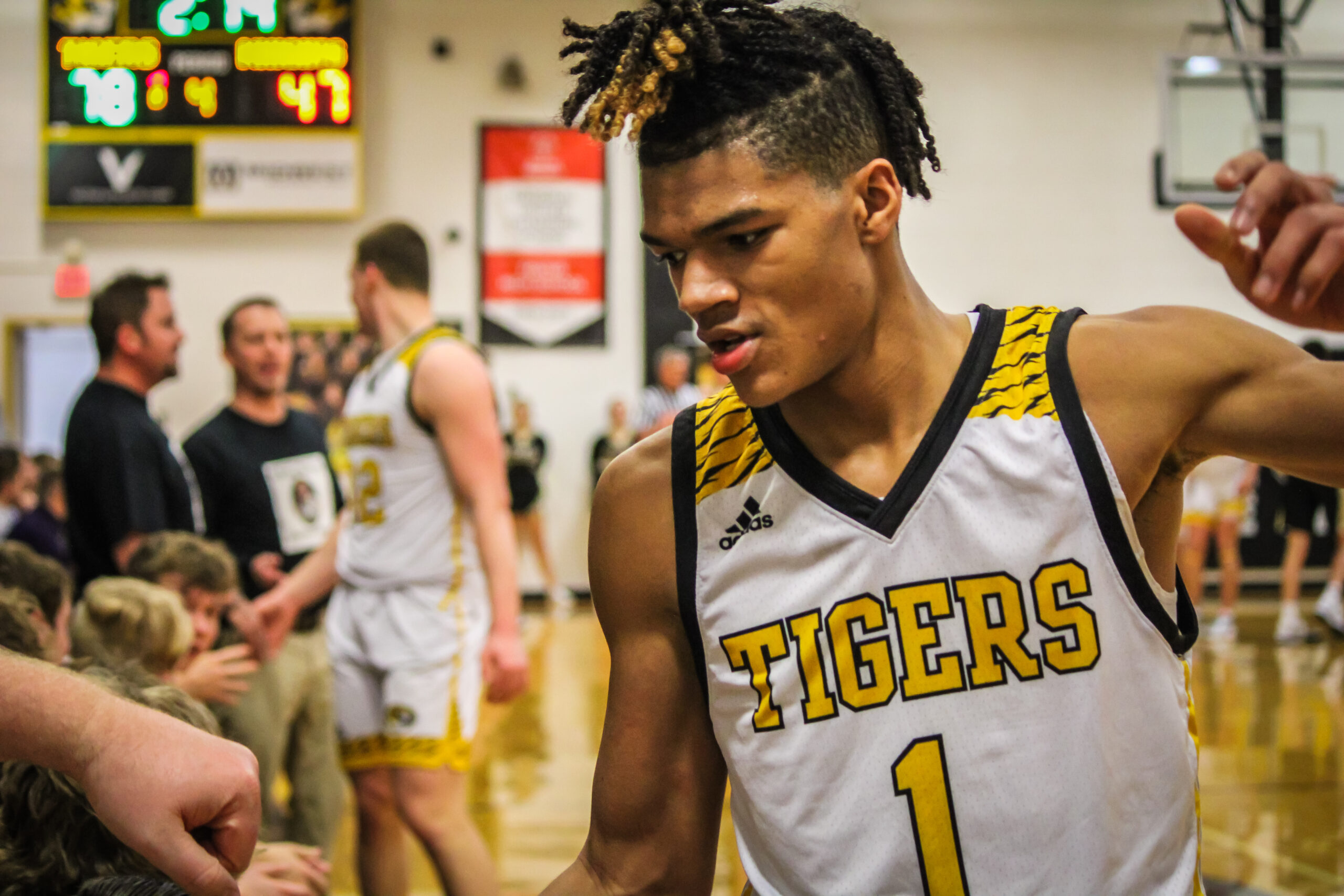 The Festus Tigers Boys Basketball team loses four key starters, but looks to shock the competition with a revamped lineup in 2022.

Last season the Festus Tigers Boys Varsity Basketball team made waves with a 21-6 record and a second place finish in the Class 5 District 1 Tournament. They had some impressive wins over dominant programs, including Park Hills Central, Ste. Genevieve and Hillsboro, but this year will feature some new faces.

The Tigers lost four key starters to graduation in Cole Rickermann, Eric Ruess, Collin Weinhaus and Connor Westhoff, so they will have to reinvent the wheel so to speak. That’s over 1,100 points they’re going to have to replace.

The good news is they return stud shooter Arhmad Branch, who put up 344 points last year, averaged almost 13 PPG and hit 23 three-pointers. He was a beast on defense as well with an incredible 83 steals and 127 rebounds, so he will be the foundation the Tigers build around.

Helping him retool the 2022-23 squad will be transfers Jeremiah Cunningham (Farmington) and Jimmy Wacker (Parkway South). You may remember Cunningham from this year’s football season as their dual-threat QB.

There will also be several athletes moving up from the JV squad, but the Tigers have other returning players who will make a big impact as well. Most notably Hayden Bates, Carter Roth and Logan Cash. Slot them in with Branch, and this team immediately looks formidable.

When asked about what is on the horizon for this year’s team, Head Coach Jason Therrell stated, “Our expectations are to put a competitive product on the court every night and be a great defensive team.”
He went on to say, “We have not established any specific strengths yet, but I hope they will be our overall defense, team speed and athleticism. Our offensive continuity could be a work in progress. We are still learning each other.”

That’s pretty standard speak from a coach who is basically rebuilding an entire starting roster, but Coach Therrell is tried and true and if anyone can reinvent the wheel… it’s him.

This Festus squad will have some challenges this year though, beyond just recreating the roster. They have a tough schedule ahead of them once again. Last year ended on a sour note with a one-point loss to Cape Central in the District Finals, but things aren’t necessarily going to get any easier.

Coach Therrell spoke to the difficulty of this season’s slate of games, saying, “Our schedule is tough again this year. We play in two very high-caliber tournaments (Gene Steighorst and Bob Sechrest) and also in an extremely tough district. Our conference will also be very strong with great returning teams in Hillsboro and Windsor and improved teams in DeSoto and Perryville.”

There won’t likely be any easy wins on the schedule for the Tigers this season, but they are as talented as they are unseasoned, so it just remains to be seen how they execute. The future looks bright, but there may be some bumps in the road before everything starts to gel.

Regardless, it should be a great season of basketball. Good luck Tigers!