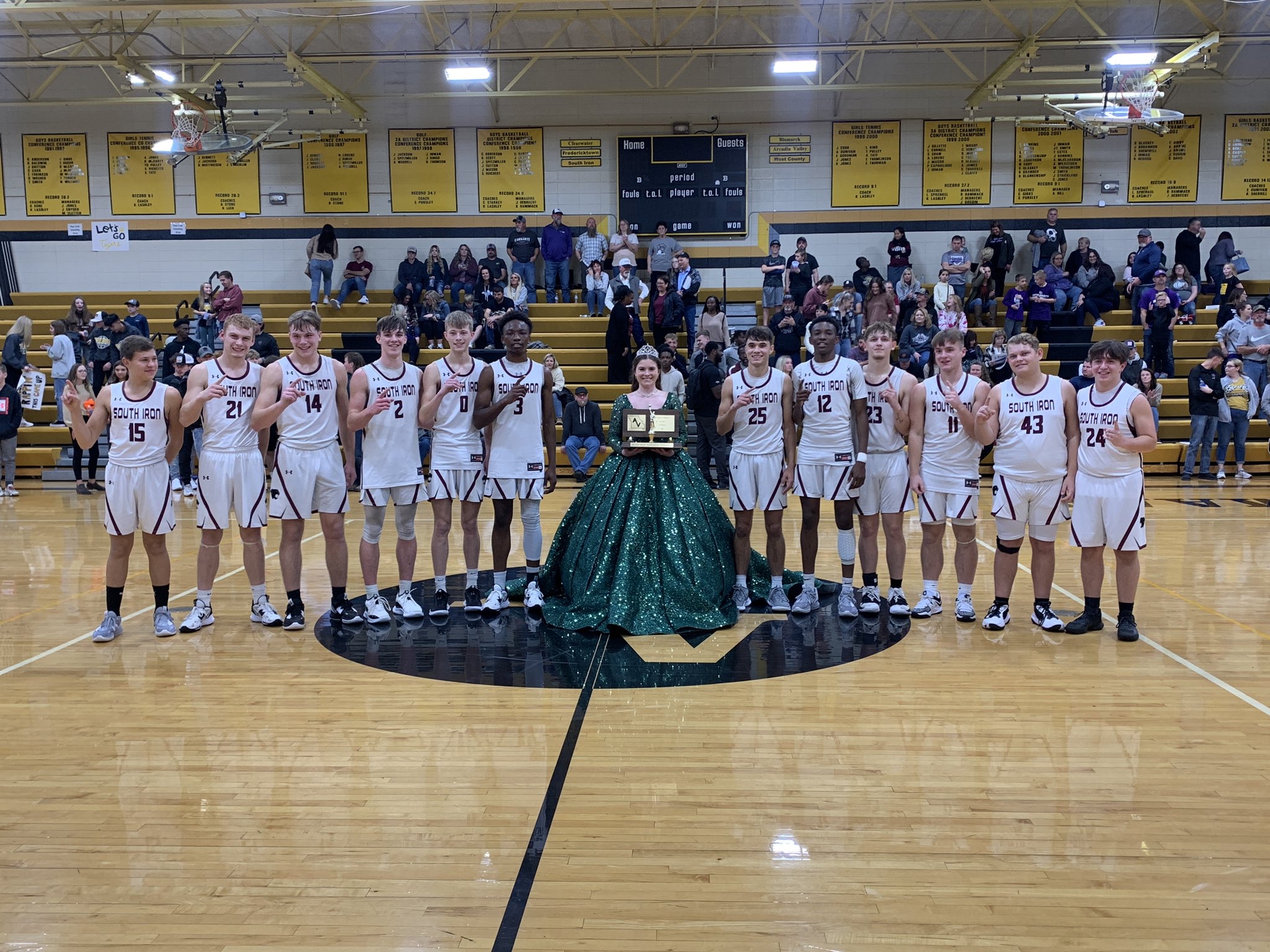 The South Iron Boys rip through the competition and take down the Arcadia Valley Thanksgiving Tournament yet again.

The South Iron Panthers Boys Basketball team has done it again. Despite losing their three top scorers from last season, the revamped squad took down their fifth straight Arcadia Valley Thanksgiving Tournament over the weekend. They now sit at 3-0 on the very young season.

The first game kicked off against Lesterville, and there was a surprising hero in the game. Sophomore Sawyer Huff led the team in scoring with 18 points, and the Panthers used a 30-point first quarter to put the game away.

They outscored Lesterville in every frame and totaled 17 in the second and 16 in the third before taking their foot off the gas. They coasted with reserves in the fourth quarter and the 70-22 victory kicked off the season on as high a note as one could imagine.

Huff had three steals and four rebounds to go along with his team-leading point total, and JerMartez Burse was next in line with 14 points and a team-high six steals. Hunter Huff led the team with seven rebounds and had the only three blocks of the game.

Head Coach Dusty Dinkins commented on the game with, “Solid start to the season with good defensive energy and teamwork. We are excited to get the season started and looking forward to the growth, development and improvements of our team.”

That contest just set the stage for what was to come though. The win advanced South Iron into the Semifinals against the host Arcadia Valley squad, and, once again, Coach Dinkins’ boys didn’t disappoint. It was a tight affair after the first quarter, with the Panthers holding a nail-biting 16-14 edge, but they extended the lead a bit with a 17-13 second to go up six points at the half.

Arcadia took down the third quarter with an 8-5 frame to trim the lead to three points, but South Iron exploded in the fourth. They dropped a 21-burger on their opponents and held them to just 12 to take down the win 59-47, advancing to the Finals for a fifth straight year.

Burse went off in this one, leading the charge with 28 points. He shot 50% on six attempts from three-point land, but made his bones at the charity stripe with an 11-of-13 performance. His partner in crime, JerMarquis Burse was second in line with 12 points and was tied for the lead in rebounds with four.

Coach Dinkins gushed about his boys after the clutch win, “Very excited to see our guys overcome many challenges. We were able to win a tough, close game early in the season, while our team showed great resolve when facing moments where we could have easily lost our focus.”

That win lined up the final game where South Iron would match up with a rugged West County team, and Tez Burse was on it again. He led the team in scoring for a second consecutive game with 26 points and had five rebounds to boot.

The Panthers came out strong again in the first quarter with a 17-7 advantage, but West Co kept it close at the half with a 7-5 second frame. South Iron extended their lead with a 19-16 third quarter, but the fourth would be dramatic.

Forty-four total points were scored in the quarter, and although the Panthers were outscored by two, it was still enough to cling to the victory. That not only sealed the fate of West County, but gave South Iron a fifth consecutive Thanksgiving Tournament victory and a 3-0 start to the season.

Coach Dinkins had high praise for his squad once again, saying, “Our team did an outstanding job of executing our game plan. Defense and rebounding were very important to our success. We also made many clutch free throws for the second consecutive game that enabled us to keep our lead. Overall, an outstanding week for the Panthers with many areas we can improve upon. Very proud of our team and our mentality we have to start the season with!”

Outside of Martez Burse’s huge night, Sawyer Huff showed up again with 13 points and four boards. The other Huff (Hunter) led the team in rebounding once again, this time with eight.

It’s still early, but it looks like the Panthers are going to rely on the Burses and the Huffs quite a bit this season. That sounds just fine when it leads to a perfect start.

Bring on the next opponent!