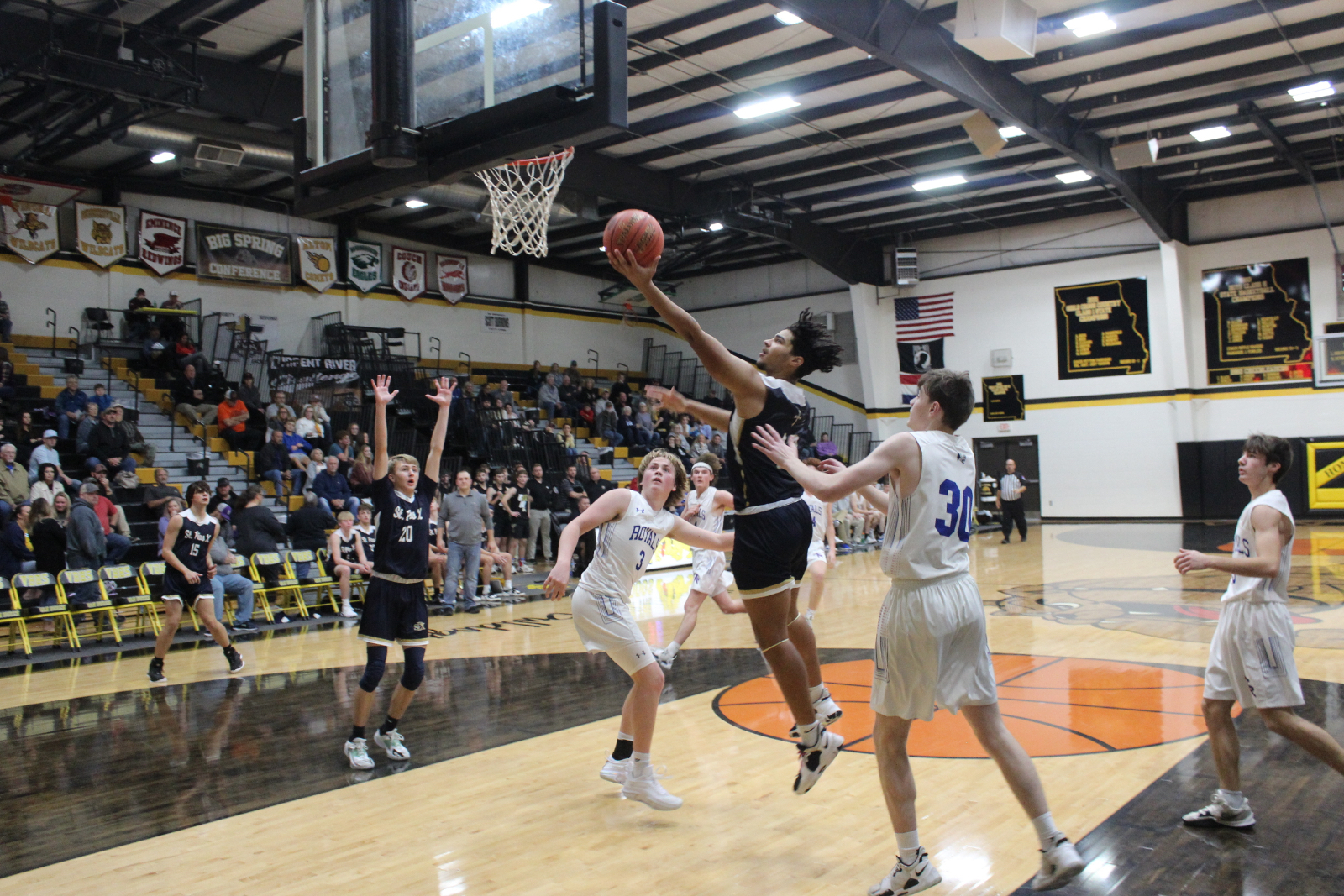 The St. Pius X Lancers drop their opening game of the season 59-43 to the Twin Rivers Royals.

Missouri High school basketball is not a sprint. It is a four-month marathon with many peaks and valleys throughout.

The 2022-23 Lancers are coming off of an 18-9 season, where they captured the JCAA Small School Conference Championship. However, they also graduated seven Seniors from last year’s team. Only two returning players (Senior Dabrein Moss and Junior Patrick Flanagan) had seen significant varsity action before Saturday’s game. Even while lacking collective varsity experience, Coach Chris Miller believes that was not the main factor in the loss.

“Our defense, defensive intensity, and rebounding effort was pretty poor,” said Coach Miller. “You don’t have to be a great basketball player to go out, keep the guy you’re guarding from scoring or rebounding, getting back on defense and playing with intensity. Anyone can do that. Just takes some heart and ‘want-to’. We didn’t match Twin Rivers’ intensity on defense, and we didn’t keep them out of the paint.”

The Lancers gave up 34 points in the paint to the Royals, who seemed to score with ease at times with dribble penetration and ‘dump-downs’ to open post players, second-chance shots on offensive rebounds and timely transition baskets.

It wasn’t just the defense that struggled; the Lancer offense struggled to score. Coach Miller believes that the inexperienced part played more to that aspect of the game.

“Their pressure bothered us and sped us up. Inexperienced teams are definitely susceptible to that happening. We took too many quick shots on offense before our guys could even get into a rebounding position,” said Miller. “You can’t hurry up and give the ball back to the other team and believe that you will be successful. That can be fixed with practice, game experience, and just playing together more.”

Despite the loss, Miller sees a lot of positives in this team.

“I think by the time the District Tournament starts, we will have a competitive team. We may take our lumps and experience growing pains, but I believe in this group of kids, and I believe we have the pieces here to be successful. It’s just going to take a little ‘want-to’ and some grit.”

Offensively, the St. Pius standouts for the game started off with Flanagan, who racked up 13 points, two assists and a pair of steals. John Whitman had 11 points, nine rebounds and three assists, while Jonas Andrews managed 10 points.

St. Pius X drops to 0-1 on the season and begin pool play in the Valley Park Tournament on Monday night, as they take on host Valley Park at 6:00pm. The second game of tournament play is Tuesday night against the Valmeyer Pirates (also at 6:00pm).