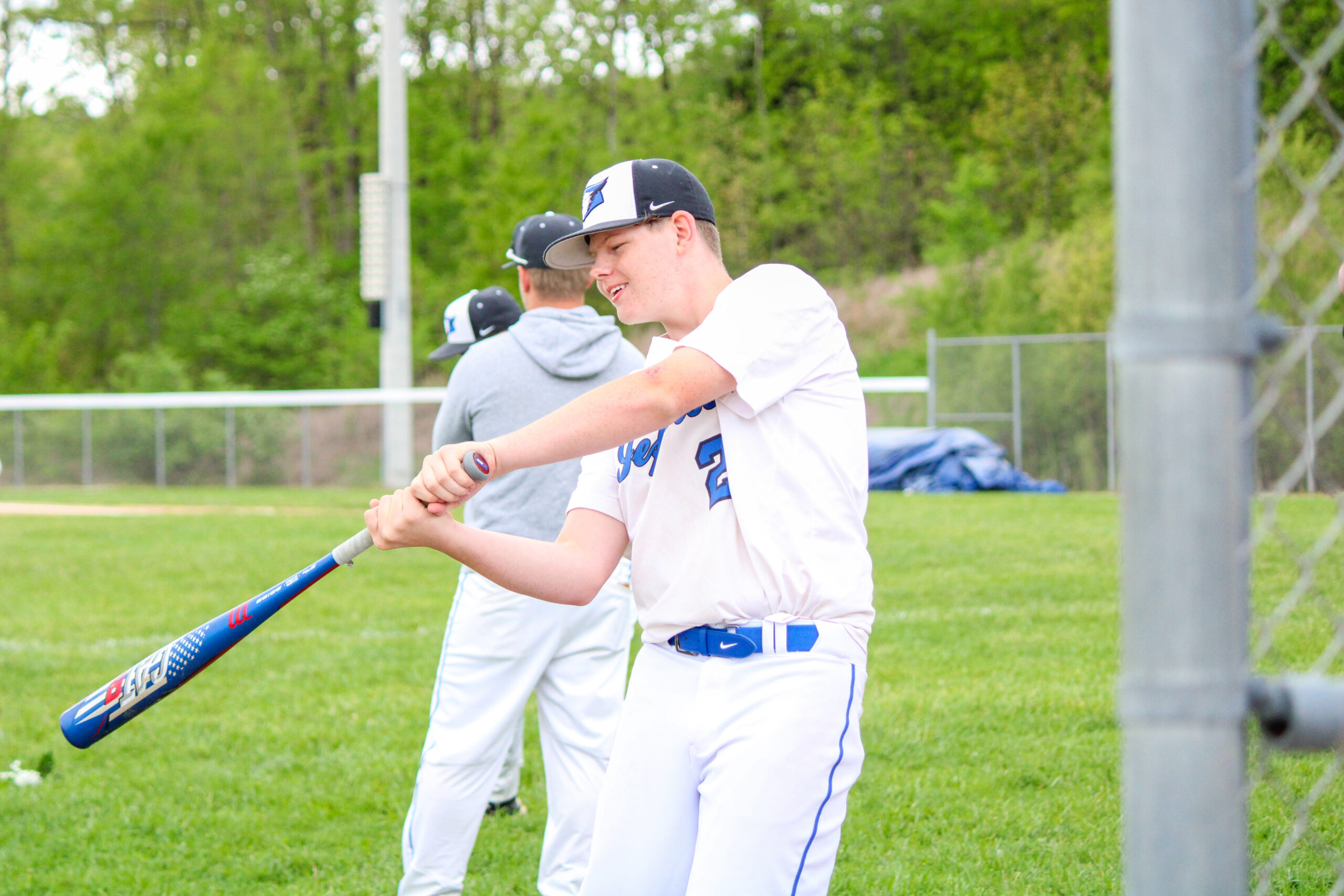 Jefferson Baseball Takes Frustrations out on Clearwater, but Loses to Hillsboro

The Jefferson Blue Jays batting struggles have followed them the whole season, but they uncorked a 12-0 victory over Clearwater, before dropping a 5-1 loss to Hillsboro.

It’s been a trying season for the Jefferson R7 Varsity Baseball team as the bats have struggled to find many balls. However, after a four-game losing streak, the Blue Jays unloaded last week as they took out their frustrations on Clearwater High School. Unfortunately, the Hillsboro Hawks quickly knocked them down a peg and reminded the team that they’re an 8-14 baseball team.

On the first day of the week, Monday, May 9th, the Jefferson squad pummeled Clearwater High School. The hits and runs came early and often as the team tallied two, three, five and another two runs across the first four innings. The pitching was also stellar, allowing only two hits over the five-run affair.

It was a complete team effort as seven batters each had at least one RBI. However, racking up three RBIs on two hits was CJ Johnson. Unable to be stopped and putting up an impressive 3-for-3 game, Max Schnitzler also contributed in a big way. Sam Stokes and Colton Richardson both had two-hit games as well to round out the offensive barrage.

Also showing their abilities, two pitchers combined for the five-inning 10-run mercy rule decision victory. Picking up the win, starting pitcher Cole Robinson went three shutout innings before handing it over in relief to AJ Ciliberto who finished the job.

After a day off, the Blue Jays hosted rival Hillsboro High School, and unfortunately, the momentum didn’t carry over. The Hawks pitching preyed on the Blue Jays, allowing only three hits across seven innings in the 5-1 loss. Jefferson did themselves no favors by committing two errors.

With only three singles to speak of, the offense wasn’t quite what it had been two days prior. Richardson, Schnitzler, and Gavin Theodoro each had a hit, with Theodoro batting in the only run of the game for Jefferson. Richardson unfortunately also took the loss, allowing three of the four runs, with three earned.

Now with an 8-14 record, the Blue Jays will need to forget about the loss and focus on what lies in store for them in the district tournament. Slated to have a low seed, Jefferson has their work cut out if they hope to have a deep post-season run.

Jefferson Baseball Takes Frustrations out on Clearwater, but Loses to Hillsboro