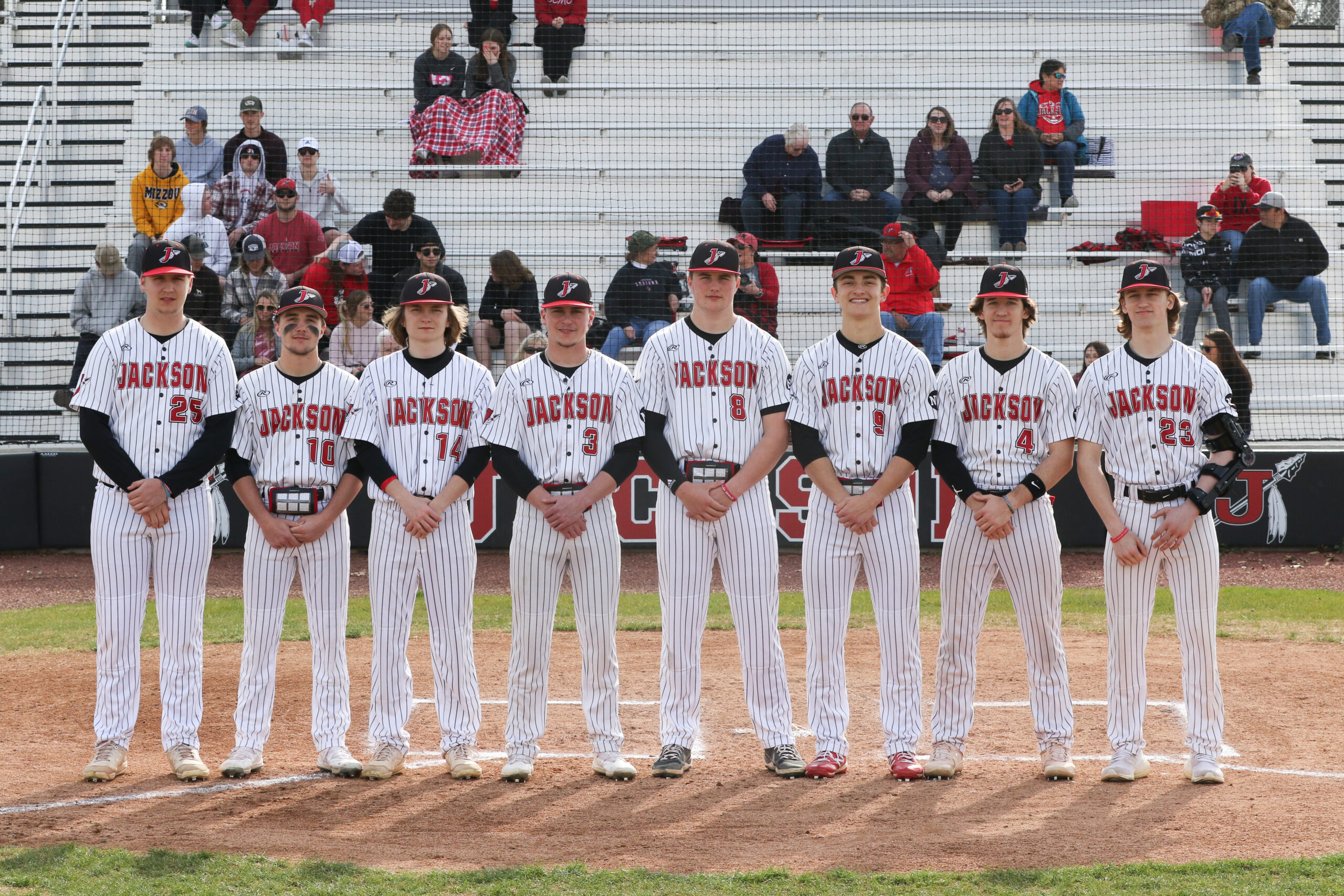 The Jackson Indians finish a magical season with an incredible 21-5 record, but fall in the second round of the District playoffs.

Sometimes the best teams get bounced early. Just ask the New York Yankees, the Colorado Avalanche or the St. Louis Cardinals. The Jackson Indians, arguably the best team in the state, ran into a buzzsaw in the form of the Lindbergh Flyers in the second round of the Class 6 District 1 playoffs on Wednesday.

The second-seeded Indians took on the seventh-seeded Mules of Poplar Bluff in the first round on Monday, and made short work of their initial opponent. The Tribe got off to a hot start in the third inning after a massive three-run homer by Caden Bogenpohl to go up 4-0, but the bats weren’t done there. The fifth run came on a wild pitch in the fifth inning and the Indians had themselves a 5-0 lead.

Then the sixth inning happened. After holding the Mules scoreless all game, the sixth and final inning, featured a HBP and then four consecutive walks before a two-run single from Jack Wyatt broke the game open. Jackson tacked on one more in the frame and went up 10-0 to put the mercy rule in effect and advance them to the second round.

Bogenpohl had the big fly to drive in three and Wyatt collected a pair of RBI as the two did the majority of the team’s damage. Bogenpohl was on double duty in this one though as he also took the mound and pitched a complete game one-hitter that featured an eye-popping 12 Ks. There is your first round MVP.

Sadly, the next game of the season for the Indians would be their last, as they just didn’t have it on Wednesday against a gritty Lindbergh club. The Flyers got things started in the top of the first with a run before adding another in the second for a 2-0 lead. Jackson fought back with a run of their own in the second as Baden Hackworth scampered home on a passed ball to make it 2-1, but it wasn’t going to get any prettier after that.

The Flyers tacked on another run in the third to go up 3-1, a lead they would not relinquish. Then big first baseman Clayton Ernst got the Tribe back in the game in the bottom of the fourth with a solo shot to left to make it 3-2, but it was all Lindbergh after that. The Flyers came through with three more in the fifth and one in the sixth to go up 7-2, and Jackson didn’t have an answer offensively. That would be the final score that ended the Indians’ season, despite how impressive it was leading up to that point.

Ernst and Henley Parker were the only Jackson players to record hits in the contest and ace JP Sauer struggled through four innings, allowing six runs (four earned) on seven hits and three walks. Cameron Marchi shined in relief though, allowing just one run without surrendering a hit and striking out four over three solid innings.

The Tribe finished the year at 21-5, and, despite things not ending how they drew it up, they have nothing to hang their heads about after such a banner season. Conference Champs, knocking off the 21st ranked team in the country and playing a game at Busch Stadium is certainly nothing to sneeze at… and the Indians should be proud.

They also had a litany of individual achievements that are more than notable to say the least. Bogenpohl was the offensive MVP, leading the team in average, slugging, OPS, hits, doubles, homers and RBI. He hit .405 with nine doubles, seven homers, swiped seven bags and had an OPS of 1.332, which goes without saying, is really darn good. He was also 8-0 on the mound and had a minuscule 1.94 ERA and 0.72 WHIP, which are CY Young caliber numbers. Hitters batted just .131 against him and he had 72 Ks, so look for him to have a long career in baseball.

Parker had a phenomenal season as well, with a .385 AVG, three homers, 20 RBI, a team-high 36 runs and stole 13 bases. Quinton Borders hit .317, Hackworth had four homers and 19 RBI and Grant Dotson led the team with 14 steals despite having just 12 plate appearances.

As for seasonal mound work outside of Bogenpohl, Sauer and Cayden Drum did most of the heavy lifting with eight and six starts apiece, respectively. Sauer went 5-3 with a 2.16 ERA,  1.35 WHIP and 55 Ks in a team-high 42 innings, while Drum went 4-2 with a 2.86 ERA and 1.33 WHIP. Reliever Kaden Kendle led the team in ERA with an 0.93 mar and had 16 strikeouts in 15 innings, while Hackworth led the team with three saves.

The Indians are a truly talented bunch with the support of an incredible community. That makes for a delicious combo any way you slice it, and not fan one would be shocked if they came back with a vengeance next season.