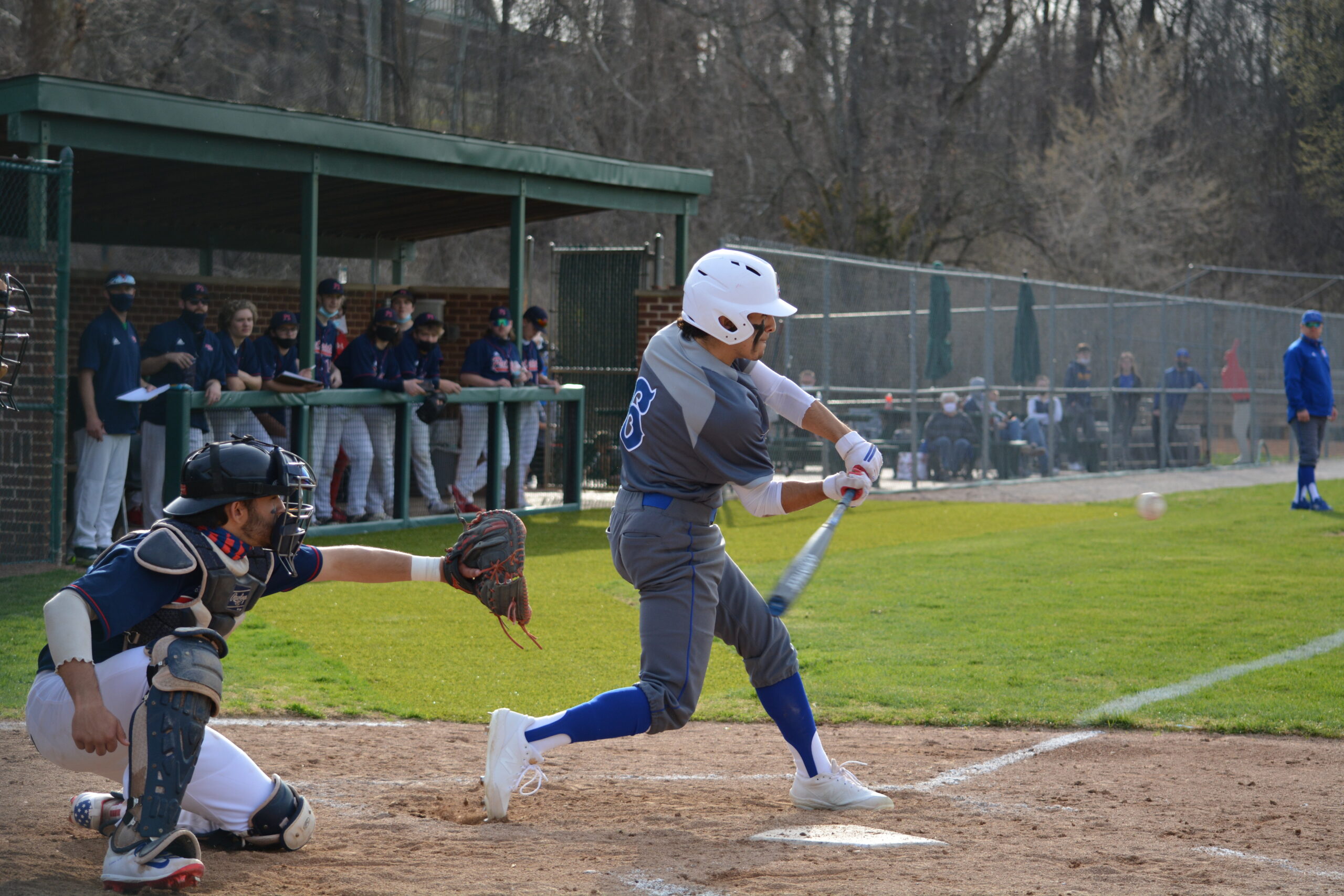 The Hillsboro Hawks Varsity Baseball team defeated Parkway North on Monday April 19th as the Hawks really started clicking. Good defense, timely hitting and a complete game pitching performance were enough to sink the Vikings by a score of 9-1.

Micah Cook went the distance for Hillsboro, giving up only four hits and three walks, while striking out four. The lone Parkway North run came in the top of the first, off of a single, but Cook settled in and only gave up two more hits the rest of the game.

The Hawks trailed the Vikings for three innings, but Gabe King reached base in the top of the fourth on an error and then took second on a wild pitch. Austin Romaine moved him to third with a productive ground out before power hitter Noah Shuman sent a ball over the left field wall. That plated a pair and secured Hillsboro a 2-1 lead.

The Hawks were held quiet in the fifth, but in the sixth inning, Connor Jenkins reached base on a single, as did Romaine. Left fielder Cruz Valencia scored both of them on a single of his own which brought the score to 4-1.

Gavin Mahan led off the seventh with a walk and was moved over to second on a sacrifice bunt from Zach Whaley. He reached third on a wild pitch, and was brought home on a single from King. This started a four-run rally where Romaine reached base on an error that scored King, and then he eventually scored on an ensuing passed ball. Shuman was then given a free pass on a walk and scored on a double to left center hit by Andrew Chaves. Finally, Valencia ripped a single in to right field to plate Chaves and the scoring was finished at 9-1.

“This was the type of effort I expect from my players every game. It was one of our better all-around games this year,” said Head Coach Kevin Lucas. “The key was that we got another very good pitching performance from Micah Cook, and we also played pretty good defense. We gave up one run in the first but then Micha settled in and held them scoreless the rest of the game.”

Valencia who had three RBIs, a stolen base and a huge diving catch in left field noted his team’s improvement from earlier in the season. “Our pitching is starting to throw more consistent strikes, and our defense was just hot yesterday. We started out a little slow but gained momentum off of Noah Shuman’s two run bomb, and we just clicked,” Valencia said. “[The diving catch] was a big confidence booster. We all had solid games and came together on the field.”

When asked about his momentum-shifting home run, Shuman was quick to give credit to his teammates,  saying, “I feel like early on we had to adjust to some of the calls on the field, but Micah kept us in the game and we were making plays to keep the game close. We all just bought in to having team at bats and just trying to get it to the next guy. It was a great team win.”

Hillsboro faces Festus in the Highway-A rivalry series with a home-and-home on Thursday and Friday April 22nd & 23rd. They have a double-header at home the next day, Saturday April 24th against Northwest High School.