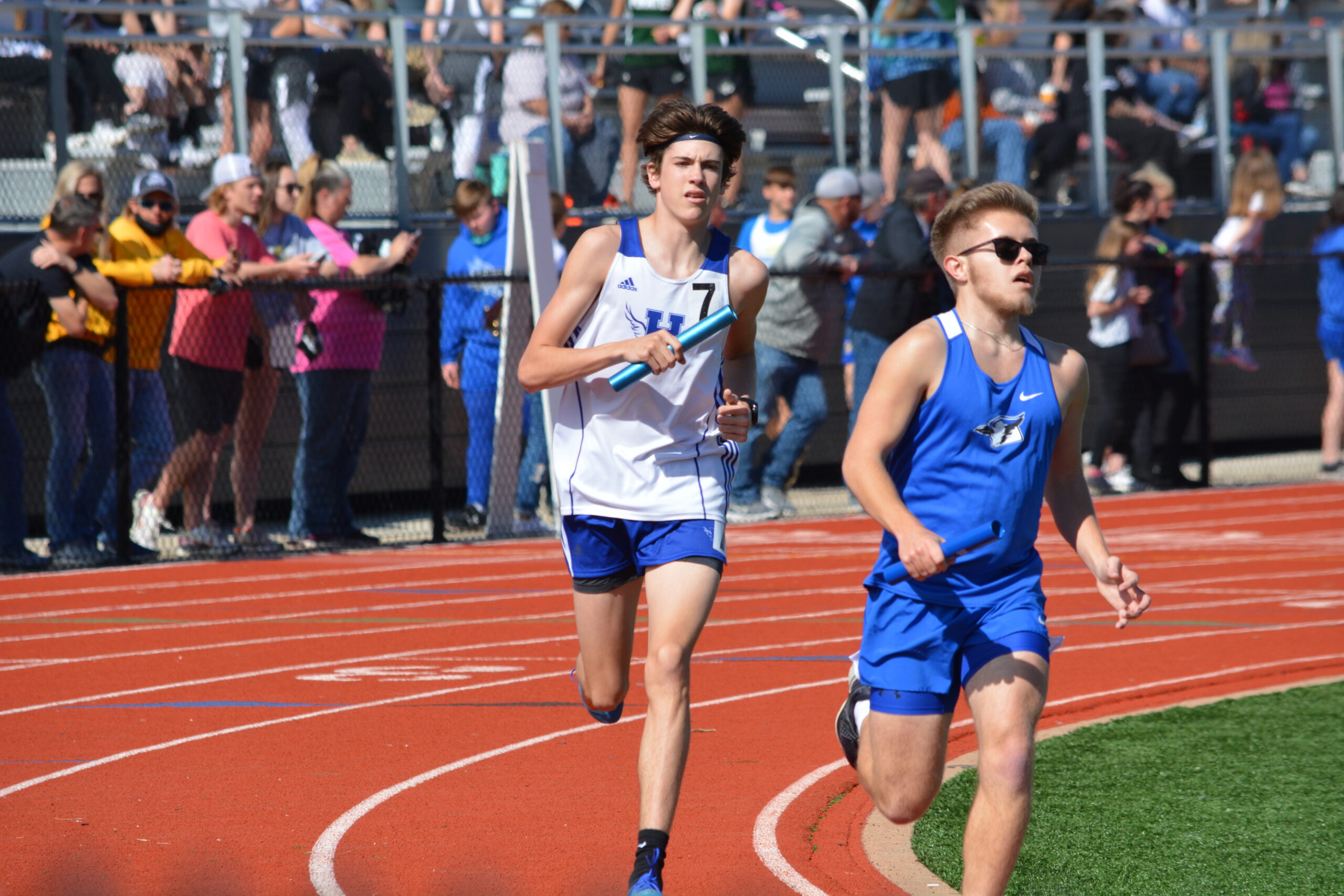 The Hillsboro Hawks Boys Track and Field team have a promising showing in the Tiger Town Invitational Meet. Distance and hurdles pave the way for a Bronze Medal finish.

The Hillsboro Hawks Boys Track team took the short trip to Festus on Tuesday April 13th to compete in the Tiger Town Invitational where they came home with a third place finish after earning 88 points. The next closest competitor was Notre Dame who earned 67.

Head Coach Todd Medley noted the improvements of his team, especially the distance runners. “[The 4×400 team] of Josh Allison and Jonah Allison, Jimmy Mann and Jesse Gore took 2nd [with a time of 3:41.69.] It was a very nice day, and it was a very important day of development and confidence for our young distance group.”

“Sam Wright continues to dominate hurdle races, even though he was finally pushed by someone in the 110s.  Both 110 and 300 hurdles were first place,” said Medley. Wright’s 110 Meter Hurdles time of 14.74 was just enough to beat the Poplar Bluff competitor’s time of 14.78.

Tristan Jones earned 1st place in the Triple Jump with a distance of 12.63 meters and Zach McNees placed 2nd in Discus with 41.54 meters.

The Hawks travel to Cape Girardeau this Saturday, April 17th to compete in the Cape Central Invitational. They then host a Tri-Meet with Herculaneum and De Soto the following Monday, April 19th.