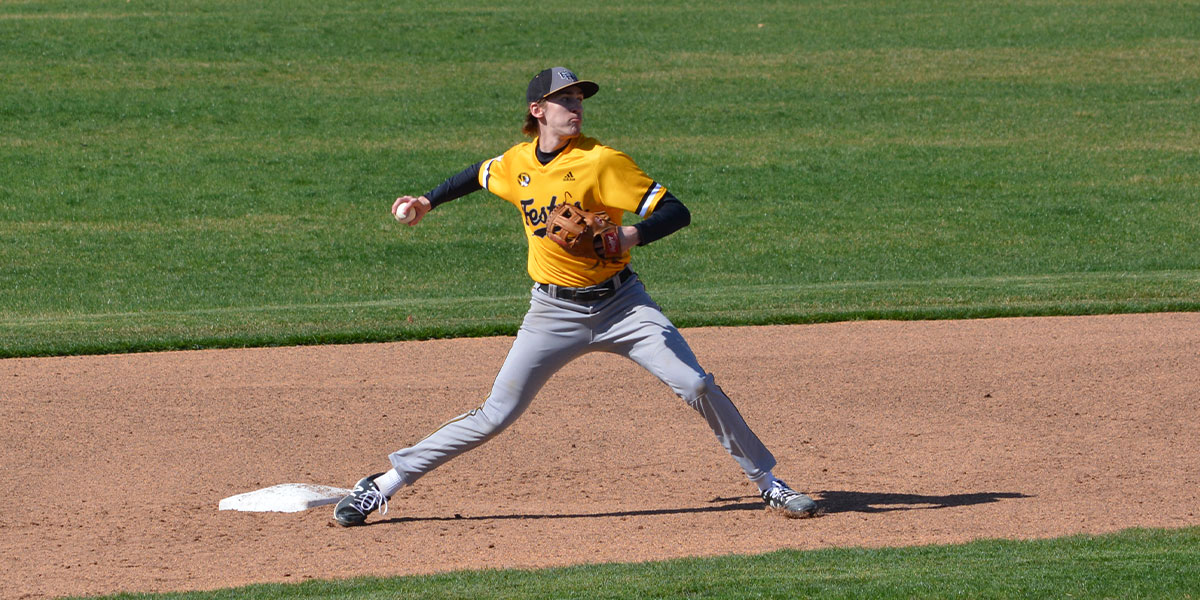 The Festus Tigers capitalize on a number of Perryville mistakes and beat the Pirates 19-0. The Tigers take on North County in a double-header on Saturday, April 10th.

The Festus Tigers’ Varsity Baseball team blew out the Perryville Pirates 19-0 on Thursday. Festus is 7-5 against Perryville dating back to 2009.

The Tigers wanted to work fast and put this game away as early as they could. Laine Axtetter hit an RBI single that scored Cole Wagner and gave them the initial lead in the first inning. After that, things started to spiral out of control for the Pirates. They walked seven straight batters that eventually pushed five runs across the board. After the walk frenzy, Collin Reando smashed a bases-clearing double to centerfield. A sacrifice fly eventually brought Reando in to score, and Festus left their half of the first ahead 10-0.

They did some more damage in the fourth. Again, it was four consecutive walks that gave Festus two more runs. Then an error from Perryville allowed two more runs to score, and it was 14-0 Festus.

The Tigers scored five more runs in the top of the fifth, capped off by a Wagner homerun. Festus kept the Perryville bats silent throughout the game as they secured the 19-0 shutout victory.

Despite scoring 19 runs, Festus only picked up four hits. Wagner, Reando, Axtetter and Ian Brown each were responsible for a hit. Reando and Wagner each had four RBIs. Wagner also scored four runs. Axtetter and Connor Hulsey each picked up two RBIs.

“I think it’s just producing,” Reando said. “Today we had guys get on and had people score runs. In other games this season, we haven’t been able to do that.”

Brown started and went the distance in dominant fashion. He threw all five innings, allowed one hit and struck out six batters.

As Reando confidently put it, “We are starting to relax and just find ways to get on base, and allowing for our hits to score multiple guys.”

This was a great win for the Tigers clubhouse. It bumped their record to 4-6 with a weekend series ahead to potentially push their record back to .500. Festus will play North County in a double-header on Saturday, April 10th.