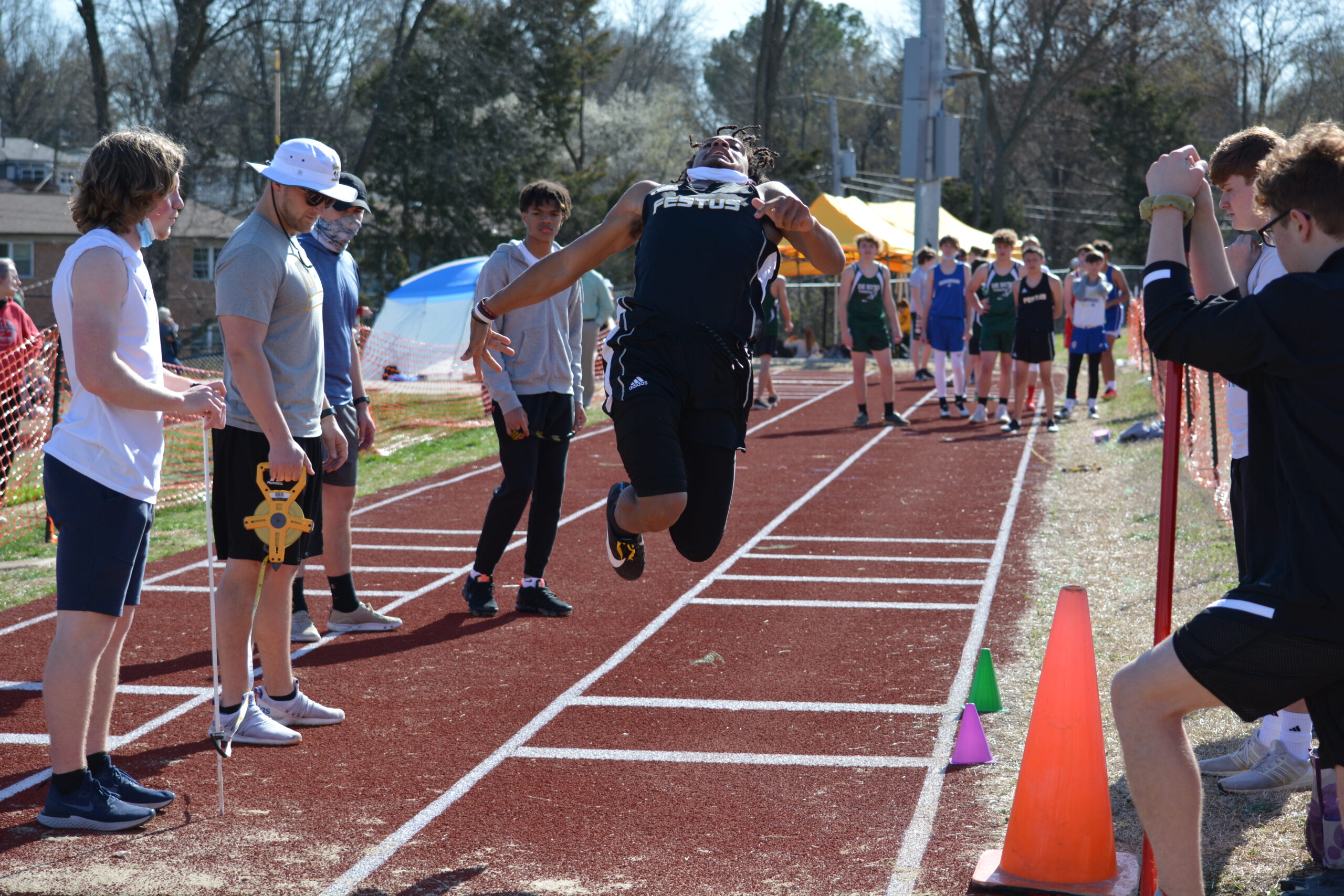 The Festus Tigers Boys Varsity Track team ran, jumped and threw better than the competition on their way to defeating 12 other schools, to take first place in the McCullough-Douglass meet.

This past weekend, the Festus Tigers Boys Track team competed in the McCullough-Douglass Track meet. It was the first meet of the season, featuring 13 schools. The two-day event is usually much bigger, but due to Covid restrictions, the capacity was limited.

When all the dust had settled, Festus scored 170.5 points and finished first! The second place team finished with 107.5.

Festus swept the top three spots in the 3200m as Jacob Meyers and Cullen Krieg finished second and third, respectively.

The 1600m run was also highlighted by Festus. Krieg and Nathan Wolk finished second and third, respectively, to sweep the event.

Senior Lucas Smith had a big day, as he took first place in the Shot Put, and fourth in the Discus.

The Tigers also took second in the Sprint Medley and first place in the 4x800m Relay.

Aidan Grant had a nice outing, taking third in the Javelin.

It was a wild weekend of track and field to start off the season, and for the Festus Tigers, it started in grand fashion. They will look to maintain their Gold Medal status in their next meet, but are likely relishing an excellent start to the season.