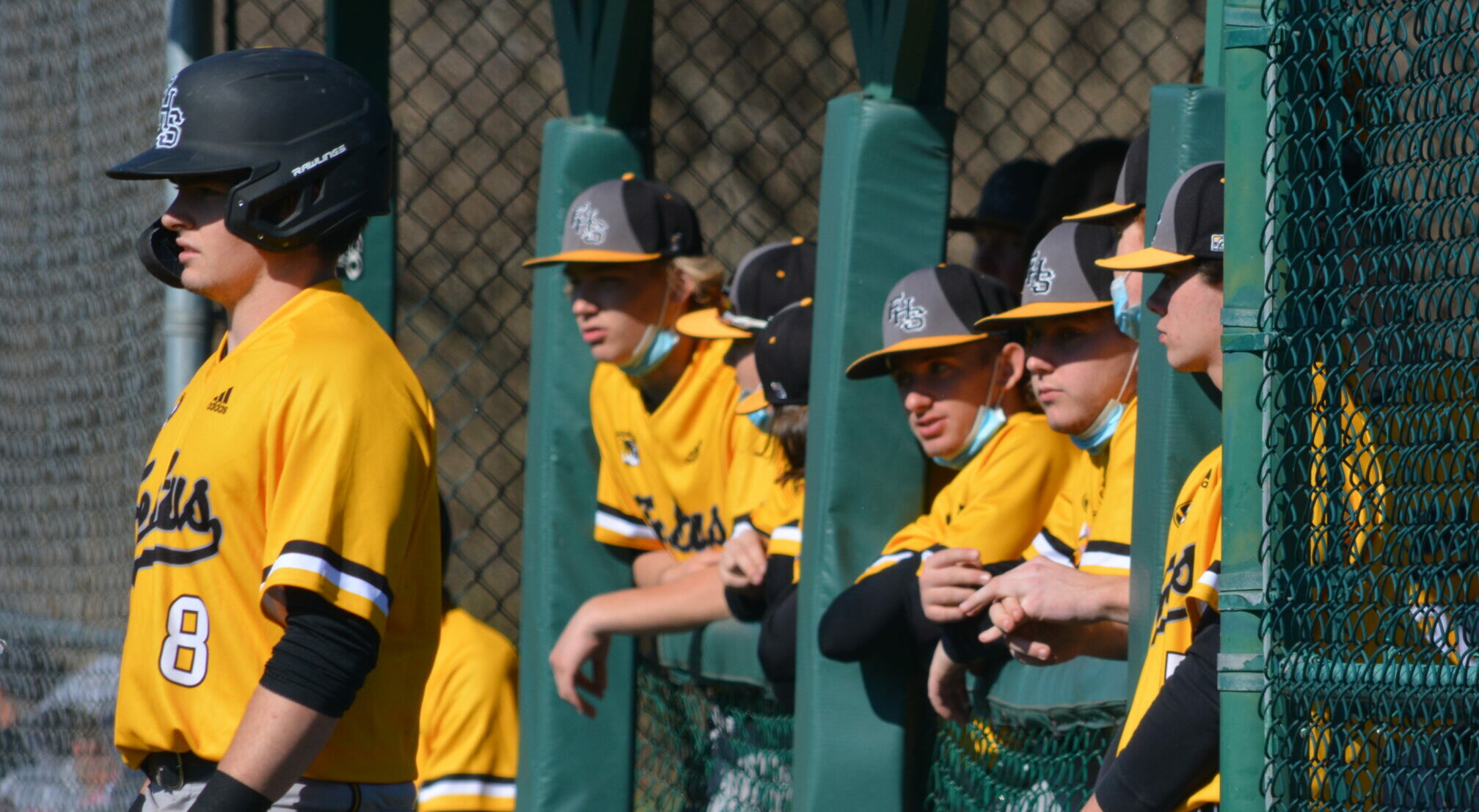 The Festus Tigers commit two errors in the seventh inning against the Potosi Trojans and lose 4-3. Festus has lost their last four matchups with Potosi dating back to 2018.

The Festus Tigers Varsity Baseball team suffered a seventh-inning comeback at the hands of the Potosi Trojans on Friday and fell 4-3. The Tigers have lost their last four consecutive matchups with Potosi dating back to 2018.

It came down to the last batter of the game for the Trojans, and they ended up wrestling the victory away from the Tigers. Potosi first established a lead in the bottom of the first inning when an error by Festus’ Collin Reando allowed a run to score.

The score held at 1-0 for the next four innings. It wasn’t until the top of the sixth that the Tigers scored their first run. Reando made up for his error in the first with an RBI-double that scored Cole Wagner. Then, Jackson Gross singled on a ground ball to right field that brought Reando and Laine Axtetter around to score. Festus took a 3-1 lead into the final frame.

The game slipped through the Tigers’ fingers in the top of the seventh. Potosi hit an RBI-single to cut Festus’ lead to just one. Then, errors became the Tigers’ worst enemy. An error by Axtetter allowed the game-tying run to score. Two batters later, an error by Cameron Ford caused the winning run to come around. Festus lost 4-3.

Wagner and Gross led the team with two hits each. Gross also had two RBIs. Reando was 1-3 at the plate with an RBI and one run scored. Axtetter went 1-3, scored one run and drew a walk.

Ian Brown started the game on the mound for the Tigers and tossed a solid outing. He threw 78 pitches over four innings. He allowed only two hits, one run and struck out nine. Nate Moore came in to relieve Brown. He threw 58 pitches through two and two-thirds innings, allowed three hits, three runs and struck out seven. Each pitcher walked one batter.

The Tigers outhit the Trojans 6-5 but ultimately came up short. Errors haunted the Tigers throughout this game and played a large part in their second loss of the season. Festus now sits at 2-2 with their entire regular season ahead of them. These first four games have helped them get back into the swing of things and this team has a bright future. Their next challenge is the Park Hills Central Rebels on Monday, March 29th.