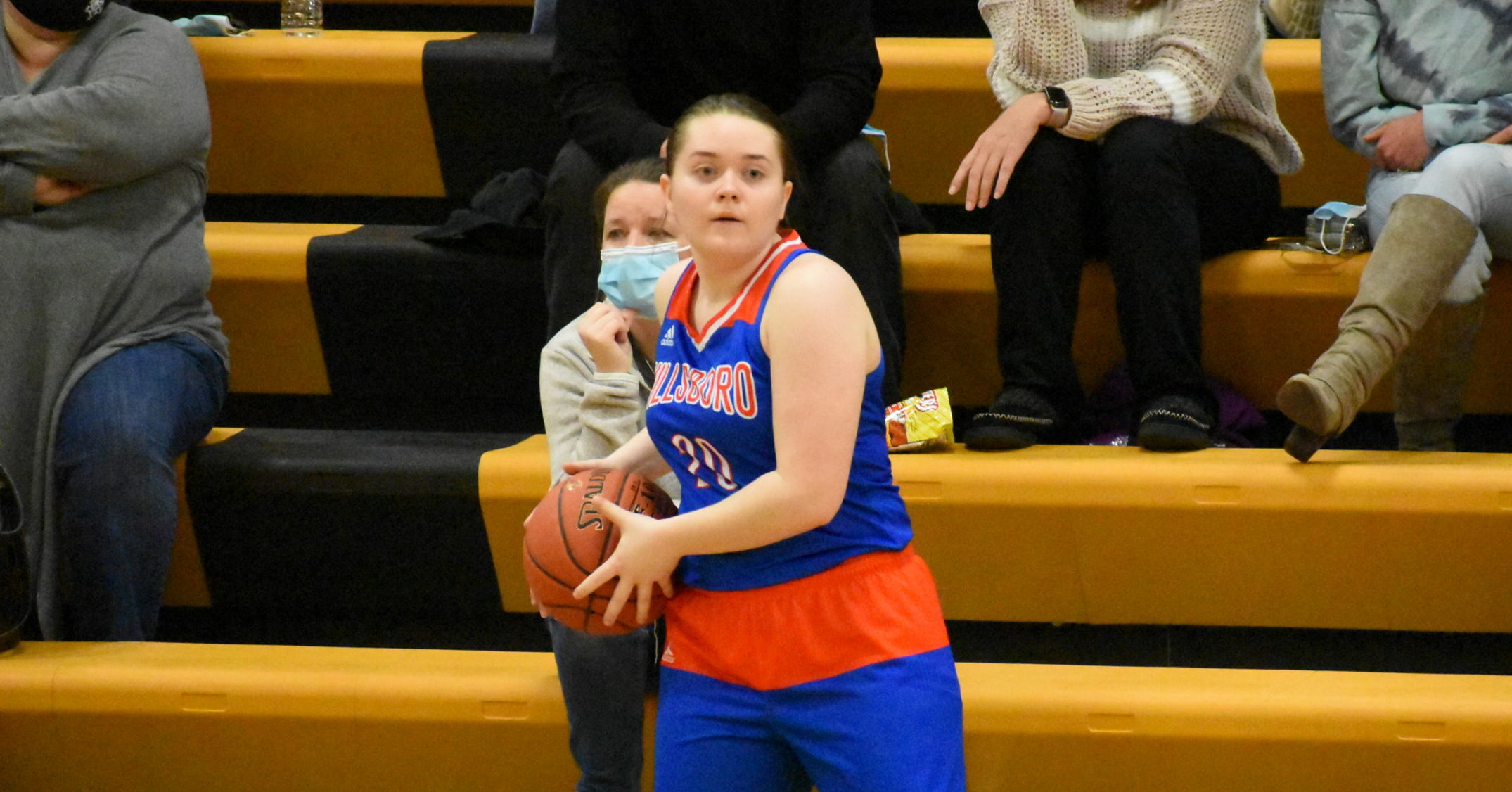 The Hillsboro Lady Hawks Varsity Basketballers end their season with a tough 41-35 loss to the Festus Tigers. They will take the offseason to reboot and come back strong.

The Hillsboro Hawks Girls Varsity Basketball team finished out the regular season with a close match up against Highway A rival Festus. Despite the 41-35 loss, the Hawks showed off all they had learned during the season, and kept the Tigers on their toes.

The Hawks were ready to go right out of the gate. Hillsboro played excellent defense, keeping drives out of the middle and not giving Festus’ outside shooters a second to set up. The Hawks also had a strong quarter when it came to loose balls, coming up with a number of rebounds and jump balls. The offense, however, faced its struggles. Festus came out with a press that stifled the Hawks’ attempts to start up their plays, causing costly turnovers. With strong defense from both sides, the Hawks finished out the quarter down 8-7.

“Coming into the district game, I really just wanted us to fight hard because I knew that we had a chance of winning,” Zoe Wood said. “However, I also knew that either team had a good chance. Our team did a good job of working together and not giving up. We stayed in the game because of our defense. Sadly, we had an off day offensively, and that showed in the outcome.”

The second quarter let the Hawks find their footing and go on a run. The offense figured out Festus’ press and pushed the ball down the court for drives to the basket, landing the Hawks at the charity stripe for some extra points. Strong defense at the top of the key contained Festus’ outside shooters as the posts went to work stopping baseline drives. Everything seemed to be streamlined and as halftime arrived the Hawks held a 16-12 lead.

The third quarter started off promising for the Hawks as well. The offense swung the ball and got good looks to their inside girls, adding six more points to their total. However, defense was where the Hawks faltered, letting Festus go on their own run from inside the paint. The Hawks headed into the fourth quarter down 26-22.

The Hawks had one last burst of energy in them as they did their best to retake the lead. Good movement and patience let them find the gaps in the Tigers’ defense, adding 13, as the Hawks switched up their own defense to up the pressure. The strong showing wasn’t quite enough to catch up though. As the final buzzer sounded with the score at 41-35, it broadcasted the end of the Hawks’ season.

Leading scorers for the Hawks were Dyllan Day with twelve, Wood with eight, Kayla VanHorn and Kaylee Hilton with five, Sara Stokes with three and Bailey Scallet with two.

The Hawks ended their season with a 6-17 record as they now look to prepare for next year.

“We need to become more consistent in everything we do,” Head Coach Andrew Hubbard said. “We had a good stretch of three games and then we struggled against Festus. That was something we did most of the season. We have to value the basketball much more next year and we have to cut down on unforced turnovers. Festus did a great job causing turnovers with their press but we also turned it over many times without any pressure with traveling, throwing the ball away and things like that. Defense will continue to be stressed because you can’t win without good defense. I thought we played pretty well on defense against Festus but we have to continue improving and being able to change defenses.”

The Hawks will certainly continue to work on all of these things in preparation for next year, and this young team will use this season to create a foundation of success for the next one.