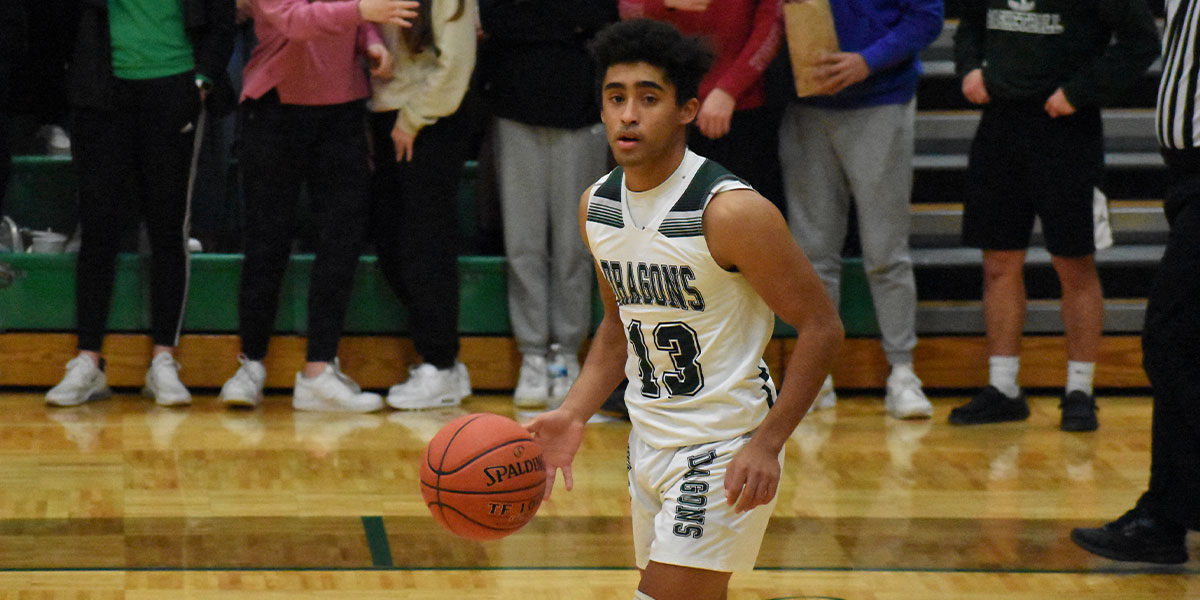 The Ste. Genevieve Dragons Boys Varsity Basketball team struggles against the South Iron Panthers and lose 86-38 on Friday. The Dragons are 14-7 and have one game left on their schedule before the district tournament.

The Ste. Genevieve Dragons Boys Varsity Basketball team took a trip to Annapolis, Missouri, and fell to the South Iron Panthers 86-38 on Friday. The Dragons are 1-3 against the Panthers since 2011.

The Dragons came into this game looking for their third win in a row, and they came out of the gate hot. Ricky Hunter hit two shots from beyond the arc that helped the Dragons to a 10-2 lead in the first quarter, but South Iron began to battle back. The Panthers cut the lead to 11-10 before two back-to-back dunks from South Iron’s own Brock Wakefield. The dunks injected life into the Panthers’ crowd and Ste. Genevieve fell behind quickly. The Panthers outscored the Dragons 26-18 in the first quarter.

Ste. Gen struggled to get the momentum back as their offense slowed down and they had a hard time dealing with the Panthers’ pressure. South Iron outscored them again in the second 19-7 and they went into halftime trailing by 20.

The Dragons fell victim to another offensive explosion by the Panthers in the third quarter. The Dragons only put together seven points in the third and trailed 71-32 heading into the final eight minutes. The Panther attack slowed down in the fourth, but the Dragons couldn’t cut into the lead. South Iron locked up the 86-38 victory and sunk the Dragons’ record to 14-7.

“We need to get in shape again and hustle on every play,” Landon Rose said. “We need to be better on the glass and on the offensive and defensive end.”

Hunter led the team with nine points. Rose was second on the team with seven points and Aiden Boyer was just behind him with six of his own. Boyer also had six rebounds and one steal. Rudy Flieg had four points and eight rebounds. Anthony Nash scored three points while Kaden Buatte, Logan Trollinger and Carter Klump all had two points.

On a more positive note, the Dragons have won nine of their last eleven games. They have one game against Perryville left on their regular-season schedule before they take on their District Tournament. Ste. Gen’s regular-season finale takes place Thursday, Feb. 25th.