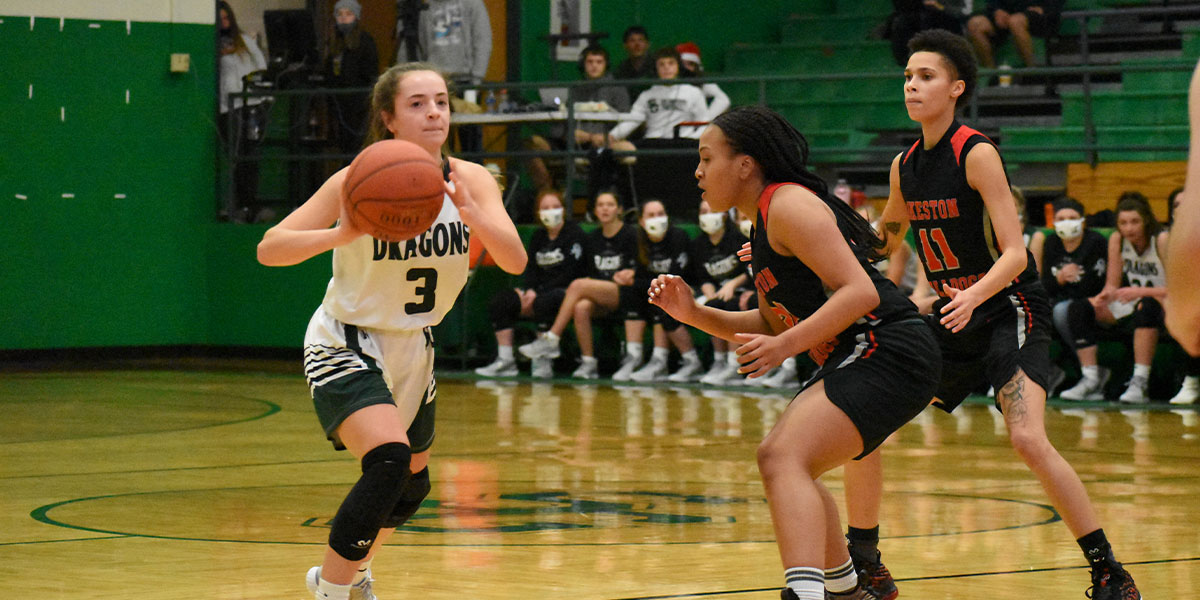 The Ste. Genevieve Dragons have their win streak snapped by the Steelville Lady Cardinals on Saturday, falling in a 47-44 nail-biter. The Dragons are now 15-5 with two games left before the start of the district tournament.

The Ste. Genevieve Dragons Girls Varsity Basketball team had their 11-game winning streak snapped by the Steelville Lady Cardinals 47-44 on Saturday. The Dragons are 2-1 against the Cardinals since 2019.

The Lady Dragons were as hot as lava coming into this game and they did their best to carry forward the momentum. They recently had their conference tournament canceled due to weather complications and were eager to get back on the court for the first time in 12 days to try and extend their winning streak.

Sydney Bumgardaner and Megan Aubuchon led the way for the Dragons early and each scored four points in the first quarter. Ste. Gen scored 13 as a team, but Steelville stayed with them and scored 13 as well. This game was tied headed into the second quarter.

Abby Moore etched her name in the scorebook and notched six points in the quarter to put the Dragons ahead. Bumgardaner and Maci Reynolds each hit one shot from three-point land and helped Ste. Gen to 12 points in the second. They were able to slow down Steelville’s attack as well, holding them to just eight points. The Dragons were ahead 25-21 at the half.

The game stayed close into the second half. Ste. Gen held the lead, but Steelville wouldn’t go away. Reynolds had her best quarter of the game and scored seven points in the third. However, Marysa Flieg was the only other member of the Dragons to score in the third. Ste. Gen added nine more points to their total and held the Cardinals to just eight. The Dragons went into the final quarter, clinging to a 34-29 lead.

In the fourth, Steelville ramped up their attack and began to mount their comeback effort. Five different Cardinals scored on their way to 18 total points in the quarter. The Dragons eventually surrendered their lead. Moore did her best and scored four in the quarter, but it ultimately wasn’t enough. The win streak was broken, as Ste. Gen fell in a 47-44 heart-breaker.

Reynolds hit two shots from beyond the arc and led all scorers with 15 points. Moore was second on the Dragons with ten points. Flieg and Bumgardaner each scored seven. Aubuchon was the only other Dragon to score, she had five.

The Dragons now sit at 15-5 with two games left on their regular season schedule. Festus and Perryville are the only opponents left before the Dragons attempt to take down the district tournament. Ste. Gen plays  Festus Thursday, Feb. 18th.