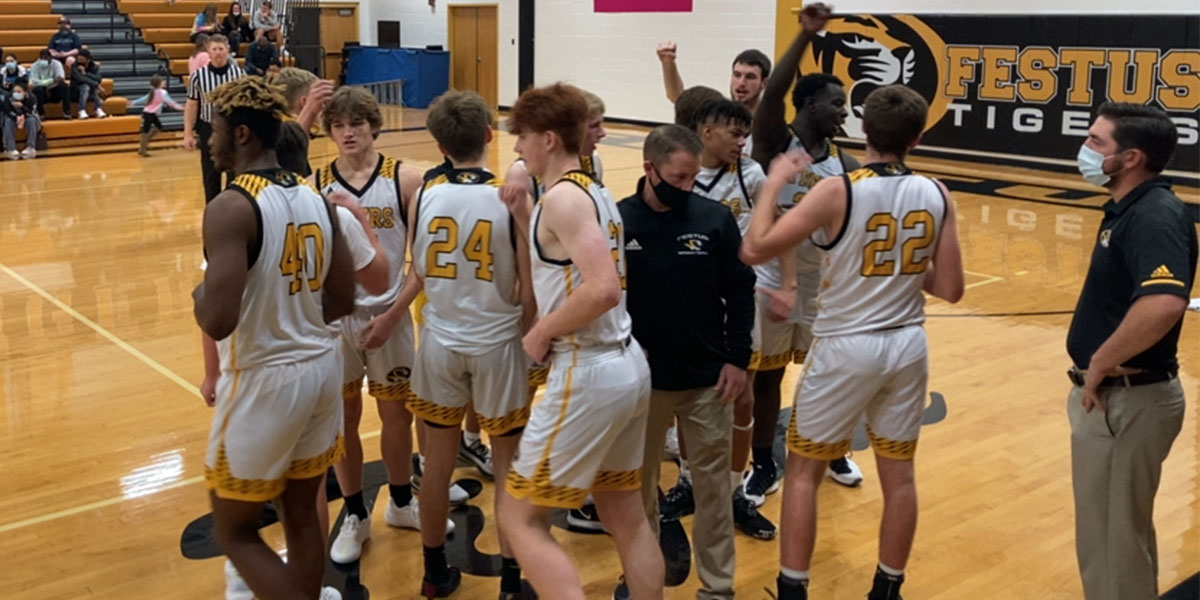 The Festus Tigers avenged their loss earlier in the season to Seckman with a win over the Jaguars on Friday. The Tigers had previously lost four of their last six matchups with the Jaguars.

The Festus Tigers avenged their loss earlier in the season to Seckman with a 73-64 win over the Jaguars on Friday.

Seckman beat the Tigers back on Dec. 8. The Jaguars had won four of their previous six matchups with Festus dating back to 2017.

The Tigers made a point to start fast and Arhmad Branch played a big part. He scored seven points to lead all scorers in the first quarter and helped Festus to a 16-9 lead by the start of the second. Seckman came alive in the second quarter and settled in offensively. They doubled up their first-quarter production and scored 19 points in the second. Festus scored 18 points of their own and clung to their lead. The Tigers led 34-28 at halftime.

Both sides stayed locked in to start the second half. Connor Westhoff hit his first two shots from three-point range in the third and helped Festus to 14 points in the quarter. The Jaguars also scored 14 points and were unable to make a dent in the Tigers’ lead. Festus led by six going into the final eight minutes. The fourth was the best quarter of the day for both sides. Festus made their living at the free-throw line and hit 13 shots from the charity stripe in the quarter. Cole Rickermann had eight points in the fourth and Branch had seven. The Tigers scored 25 points in the quarter while Seckman could only manage 20. Festus won 73-64 and secured their ninth win of the season.

“I thought we came out with great intensity and played like the team I know we are,” Rickermann said. “We really wanted this win as we lost to them last time we played. It was good to come back with a win after a tough game Tuesday.”

Branch led the team with 19 points. He was 6-6 from the free-throw line and made three shots from beyond the arc. Just behind was Rickermann with 15 points and Westhoff with 14. Collin Weinhaus scored eight, Collin Reando scored six, Desmond Davis had seven and JD McDowell had four.

“I feel like we played really well,” Branch said. “We brought the energy to the gym. With us not able to bring fans it was us against the whole gym really.”

Reando mentioned the game wasn’t perfect, but the Tigers did what they had to do to come out with a win.

“We went through stretches where we would play great defense and be up by 10 to 12, but then start to slack off and Seckman would claw back,” he said. “Outside of that, we shared the ball well and played pretty well.”

Festus’ record is now 9-4. They won four of their last six games and head into the better half of the season with some momentum on their side. The Tigers’ next challenge will be traveling to St. Clair on Monday, Jan. 11 to play the Bulldogs.