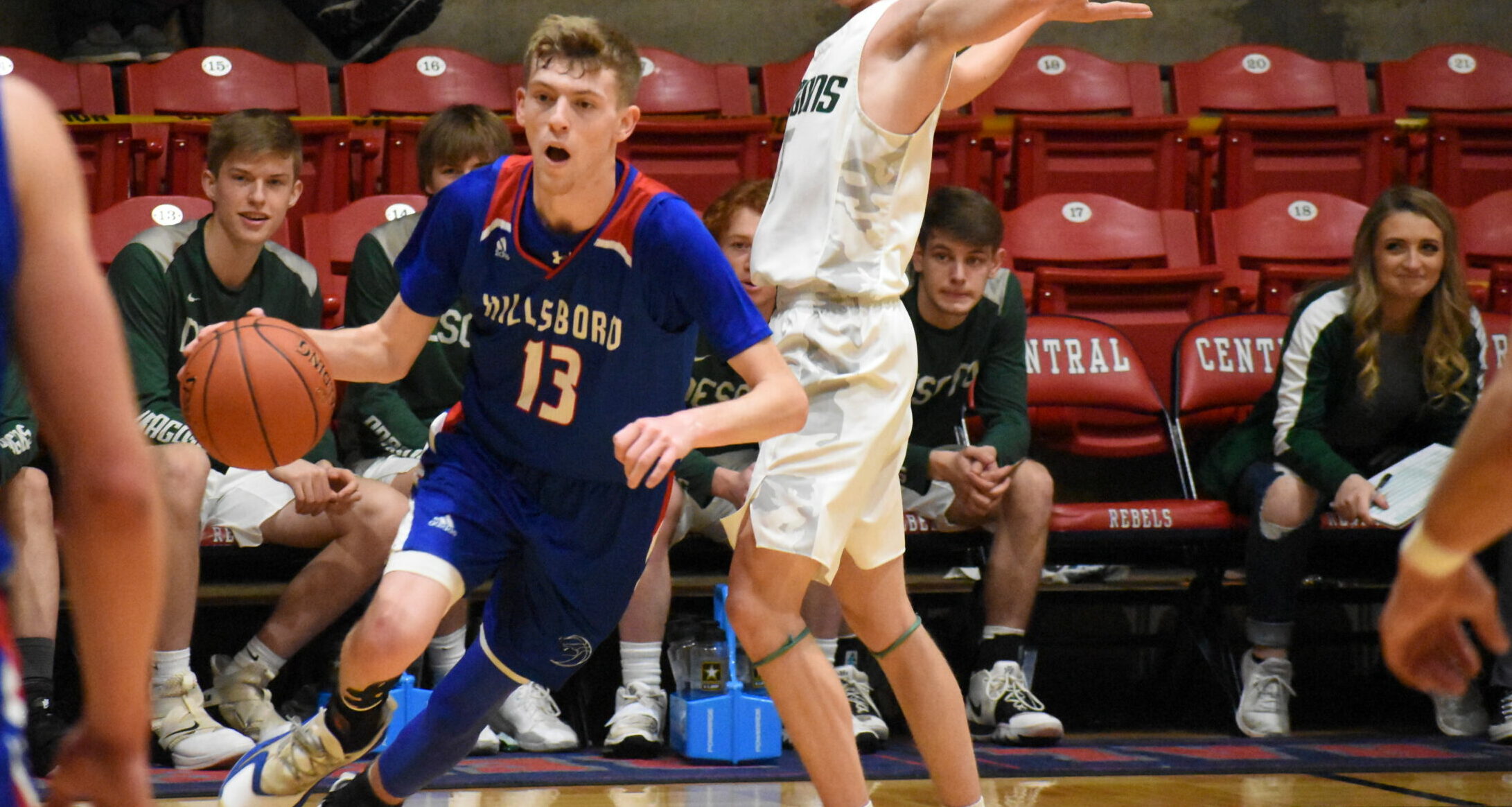 Hawks Sneak Past Lions in 46-38 Victory Over Northwest

Hillsboro Basketball had a defensive showdown against Northwest Monday Night. The Lions learned that sending the Hawks to the foul line in the fourth quarter will cost you the game, as Hillsboro brought home another winner.

The Hillsboro boys basketball team snapped its three-game slide, moving to 4-7 on the year and started off the 2021 slate with a 46-38 victory over Northwest.

“Gutty win for our guys tonight,” said head coach Daniel Johnson. “We had a hot start jumping out to a 17-3 lead. We were able to navigate through some adversity of foul trouble and some key plays and clutch free throws.”

It was a dominant first quarter by the Hawks as they led 17-5 with Logan Smith leading with six points, nailing two from beyond the arc. The second quarter saw Northwest flip the script, as the Lions responded in a big way putting the Hawks defense on its heels. The Lions outscored the Hawks 16-8, which narrowed its deficit down to four, but Hillsboro still led 25-21 going into the half.

The third quarter was a defensive showdown, and it continued the back-and-forth play as the Hawks and Lions both added nine points apiece to the score. The Hawks still maintained the advantage going into the fourth, on top 34-30.

Northwest couldn’t handle the pressure and got into foul trouble sending the Hawks to the charity stripe far too many times. Zach Whaley led the way in the fourth as the Hawks doubled up their lead, which proved to be more than enough as they went on for the eight-point win.

“We didn’t have the best night offensively,” said Whaley. “Not a bunch of shots were falling but I felt like we kept it together on defense. We played pretty good defense tonight to hold them to 38 points, and our intensity from the people on and off the floor was great.”

Whaley led Hillsboro with a team-high 13 points on the night. Nine of those points came from the free throw line where he shot 75%, going 9-12. Whaley also contributed defensively, with six boards, four assists and two steals.

Smith was the final player in double-figures with 11 and came up with solid plays on the defensive side of the ball too.

The Hawks are back in action on January 8th when they’ll host Windsor. Tip-off at 7 p.m.

Hawks Sneak Past Lions in 46-38 Victory Over Northwest