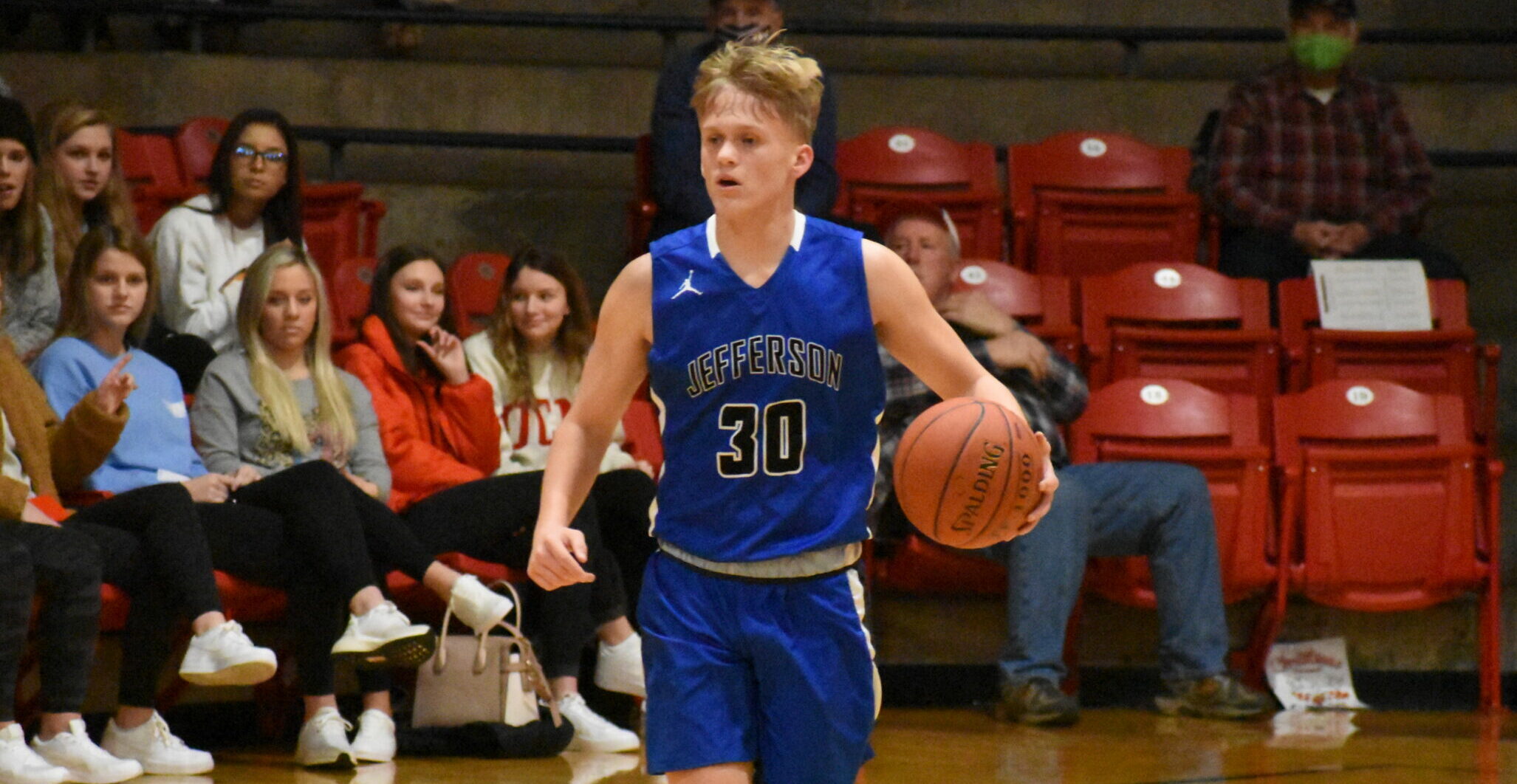 The Jefferson R7 boys basketball team had their fair share close calls in the annual Park Hills Christmas Tournament, but after a disappointing loss in the first round the Blue Jays started making some magic happen.

The Blue Jays ultimately earned the consolation championship at the 65th Annual Bob Sechrest Jr., Central Christmas Tournament after coming away with big wins over Crystal City, Hillsboro and Fredericktown.

The Jefferson R7 boys basketball team suffered a tough 70-39 defeat at the hands of the Steelville Cardinals.

In the first quarter, the Cardinals opened with a 16-9 lead,  which can be attributed to Logan Mabe’s 10 points. In the second, the two teams went back-and-forth throughout, but it was the Cardinals holding a 19-16 advantage to lead 35-25 at the break.

In the third, Jefferson couldn’t handle the Cardinals offense, as Steelville scored 25 points while the Blue Jays struggled to find its shooting touch totaling just eight points to trail, 60-33. That advantage proved to be more than enough for the Cardinals as they went on for the 31-point win.

Daylen Whitener led Jefferson in scoring with 13, going 3-3 behind the arc. Colby Ott followed him up with 12, shooting 45% from the field and nailing two of his own from downtown. Ethan Boyer hit two of his own 3-pointers to finish with six.

Mabe led the floor with a game-high 20 points for the Cardinals. John Brice had a strong game with 18 points, including scoring 15 in the second half alone.

After a tough loss the night before, the Jefferson City boys basketball team earned a bounce back win hanging on for the 51-48 victory over the Crystal City Hornets.

“We did okay, the first half was a little tough second half was a lot better,” said head coach Sean Breeze. “We had some kids in foul trouble, but everybody else stepped up and did well.”

In the first quarter, the Blue Jays opened with a 17-13 lead, but the Hornets trimmed the deficit down to two at the break after outscoring the Blue Jays 13-11 in the second. Drew Breeze, who had been quite the night before, led the floor at the break with nine points.

In the third, both teams had its struggles offensively, but a 9-5 advantage for Jefferson expanded its lead out to 37-31. Despite a rally from the Hornets in the fourth, the Blue Jays were able to secure the three-point win.

Breeze led the floor with a game-high 22 points, including connecting on six 3-pointers and shooting 46% from the field. Ethan Boyer added nine points, dropping a couple of his own from deep.

Jeffersons third game of the tournament was against the Hillsboro Hawks, the Blue Jays trailed 13-9 after one quarter of play. However, the team dominated the second with an 18-8 advantage to lead 27-21 at the break. Colby Ott led the way for Jefferson with seven points.

The team carried that momentum over into the third after outscoring Hillsboro 13-7. Hillsboro held a marginal 15-14 advantage in the fourth, but the comeback was not to be, with Jefferson hanging on for the 11-point victory.

“After the loss to Steelville, we focused up a little more and got back into a rhythm,” said Colby Ott. “We’re still not playing as good as we can but we’re starting to get it figured out.”

The Blue Jays shot 47.6 percent from the field and were led by Colton Richardson’s season-high 15 points on 5-of-10 shooting. Dawson Jakoubek also hit a season-high with 12 points on 6-of-7 shooting, while Ott added 11.  Zachary Whaley led the Hawks with a game-high 16 points. 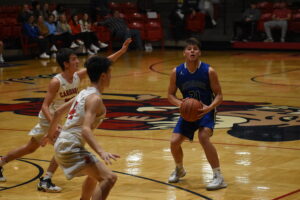 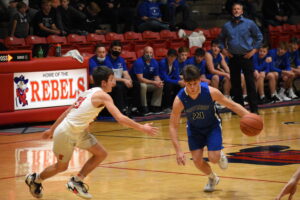 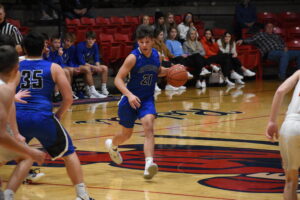 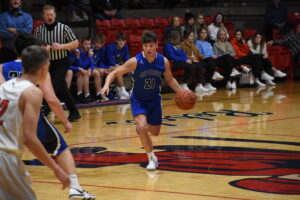 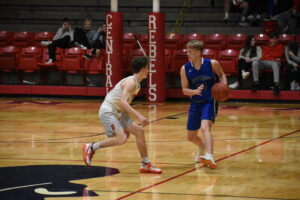 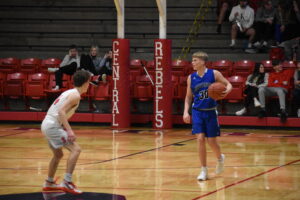 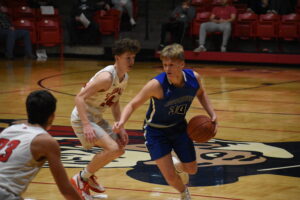 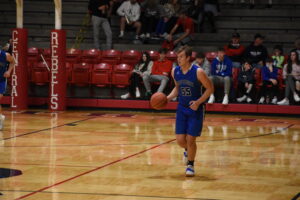 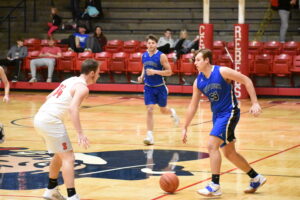 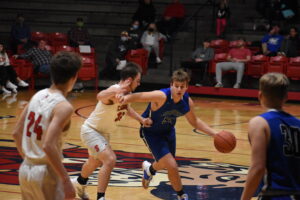 The next night the Blue Jays took on the Blackcats for a chance at the consolation championship. After a back-and-forth first half, the Blue Jays broke it open in the third for the win.

At the end of the first half, the two teams were all square at 19-19. In the third, the Blue Jays took over on both ends of the floor with a 13-5 advantage as both Drew Breeze and Richardson contributed five points each to give the Blue Jays an eight-point lead.

Both offenses started rolling in the fourth, but Jefferson was able to hang on for the impressive nine-point win.

“We started to give a lot more effort in the games after Steelville,” said Drew Breeze. “We showed heart and determination, we didn’t let the loss effect our next three games. We stepped it up on both sides of the ball, and I think that goes a long way.”

The Blue Jays connected on 42.9 percent of its shots from the floor and were paced by Breeze’s game-high 17 points, shooting 50% from the field and behind the arc. Ott and Richardson finished with eight points each.

The Jefferson boys basketball team earned the consolation championship at the 65th Annual Bob Sechrest Jr., Central Christmas Tournament after coming away with wins over Hillsboro and Fredericktown.

“I think we had a very successful tournament,” said head coach Sean Breeze. “After starting out with a really bad showing on Monday the boys bounced back extremely well to take the next three games. By the end of the tournament we were playing much better team defense and our offense was starting to get into rhythm.”

He added, “The entire team stepped up and played a big part, throughout the week and I was proud of how they finished up. Hopefully, we can ride some of the momentum from the tournament into the second half of the season.”

The team returns to action on January 5th when they’ll take on Kingston. Tip-off at 7:30p.m.