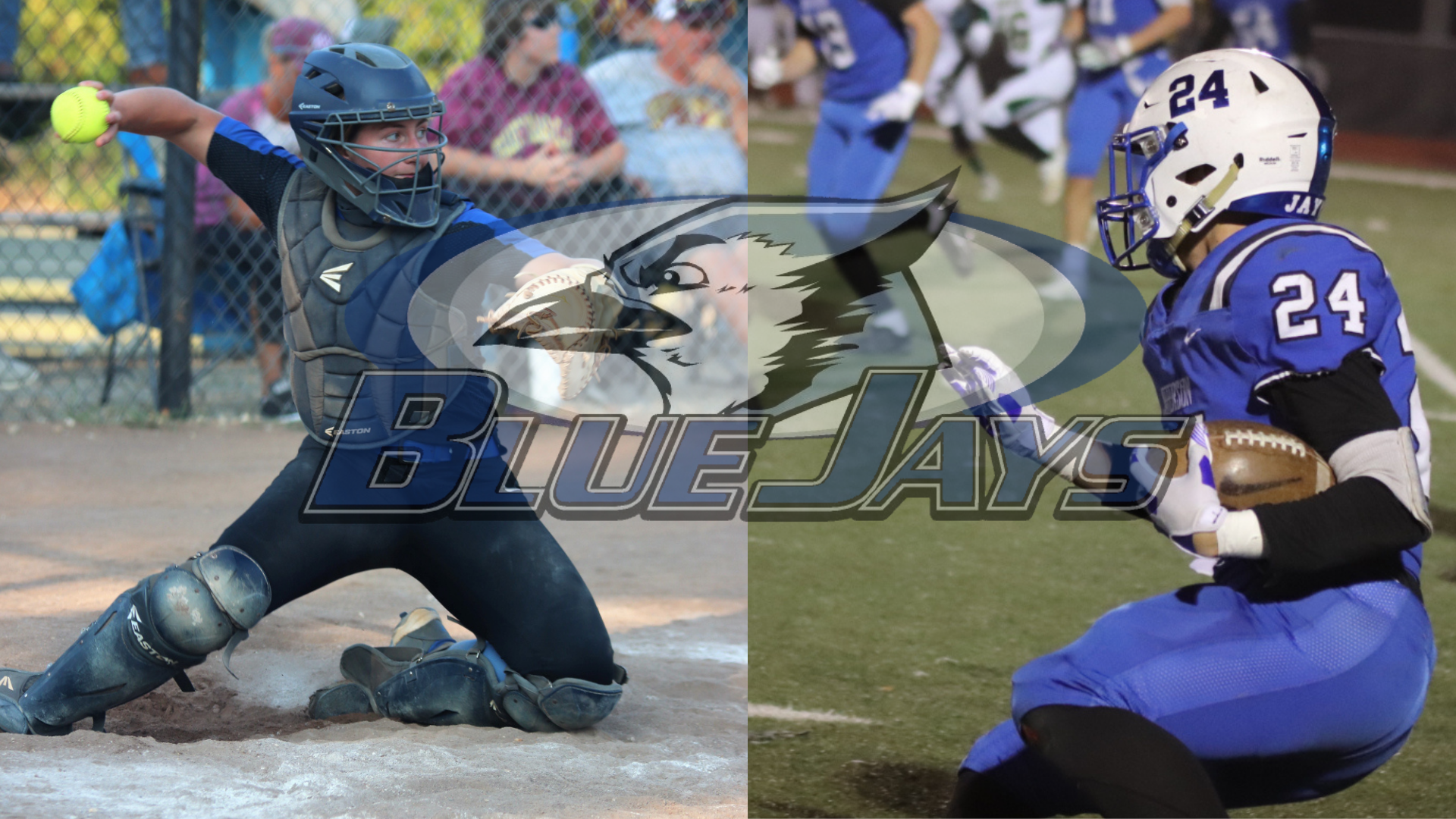 Colby Ott and Catryn Cattoor are the inaugural Ameritime Sports award-winning athletes for the Fall Season. Congratulations to these fine young athletes on an incredible year and a job well done. 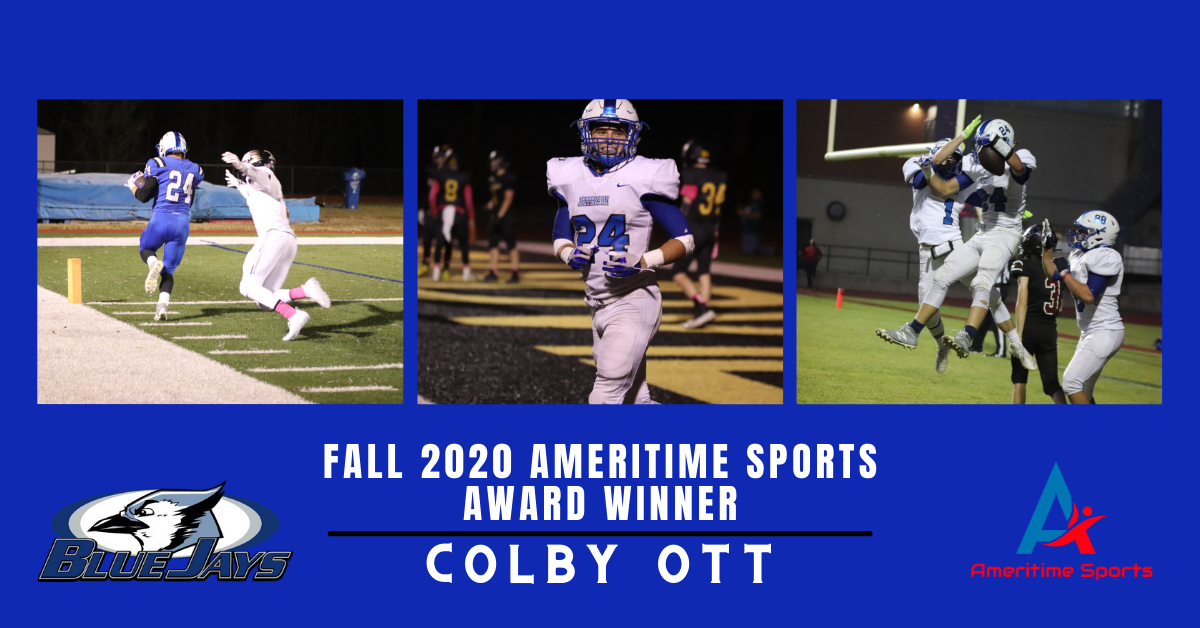 Sure, it’s not the ESPY’s, but we at Ameritime Sports figured it was high time to start shelling out accolades of our own.  We cover such a broad stretch of profound and talented athletes that we felt those that truly go above and beyond deserved a little extra recognition.  So without further ado, here are your inaugural Ameritime award-winning athletes for the Fall Season at Jefferson R-7 High School.

Missouri, we’d like to introduce you to Mr. Everything.  Infomercials for products that do “everything” have nothing on Colby Ott.  If you order now we’ll send you a second Colby Ott free of charge, just pay shipping and handling – – sorry.  You get it.  The bruising, slick and talented dual threat for the Jefferson R-7 Blue Jays had a season to write home about.  He helped lead his team to its first ever District Championship and carried them all the way to the State Semi-Finals.  Oh and he picked up a little hardware along the way.

Ott managed these accolades by rushing for 758 yards on just 83 carries (that’s 9.1 YPC for those keeping score at home) and broke the plane 13 times.  While he wasn’t shredding the ground game he also managed to lead his team in receiving yards with 362 and six TDs for good measure.  Oh, and by the way, he played a little bit of defense as well. He was second on the team with 67 total tackles and snagged three INTs to further pad his impressive statistics.

When asked about his achievements this season his Head Coach, Alex Rouggly, proudly stated, “Colby had a wonderful fall football season during our historic playoff run.  Colby has one of the highest football IQ’s I have ever been able to coach.  The way that the game completely slows down for him, while playing with so much speed, is a testament to the true ability Colby has on the football field.  He was a true threat to score anytime he touched the football.  Colby’s competitive demeanor, athletic ability, and true understanding of the game helped separate himself from being a good player to a great player.  He will be known as one of the greatest all-around football players to ever put on a Blue Jay Uniform.”

Congrats Colby on an incredible and unforgettable season. 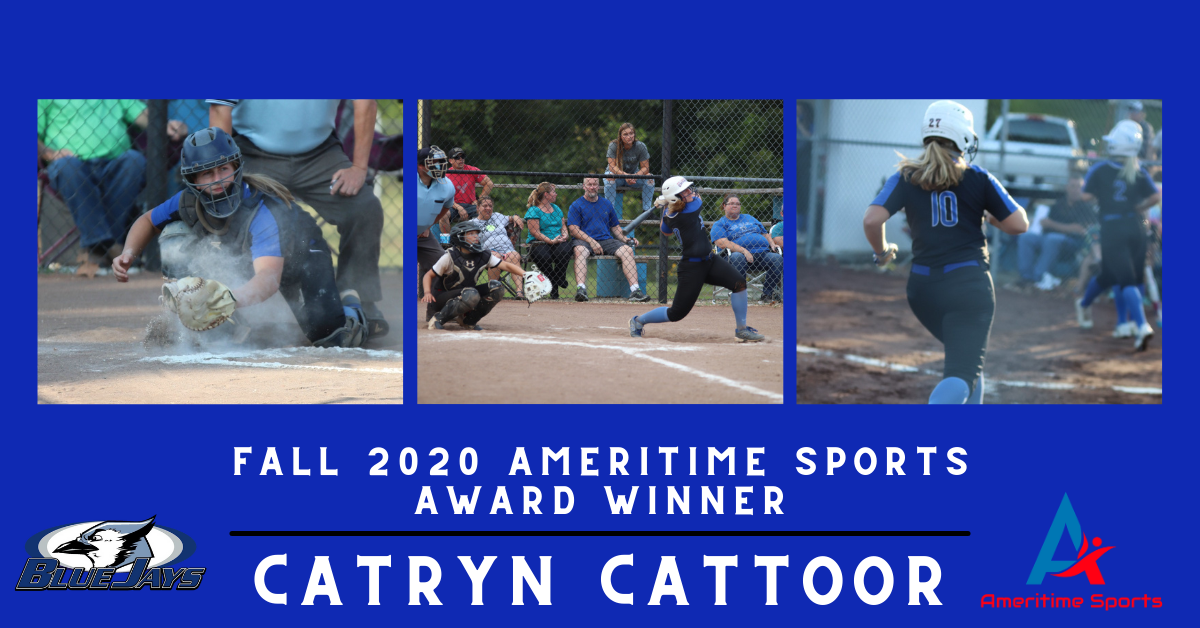 Albert Pujols, Ted Williams, Rogers Hornsby.  What do these three people have in common you ask? Well, they are three of the greatest hitters of all time and are also three batsmen that have never hit .633.  That honor goes to Catryn Cattoor.  The R-7 backstop wasn’t just a great softball player.  She was otherworldly.

Cattoor deservingly reined in a laundry list of accolades for her on-field achievements, including being named First Team All Conference, Co-All Conference Player of the Year, All District, All Region and All State.  Once you hear her stat line you’ll understand why.  She went 38-for-60 on the season with 22 of her 38 hits going for extra bases.  She laced nine doubles, stretched out six triples and clubbed seven homers.  That translates to a ridiculous .633/.690/1.333 line that included 30 RBI, and doesn’t even pay deference to her defensive prowess and leadership ability.

Her Coach Robert Kuehnle had plenty to say in that regard, plus some other notable achievements about her as a person and teammate. “Catryn is the smartest player that I have ever coached when it comes to the tactics of the game. Her leadership and ability to get others rallied around her made her a cornerstone of the softball team for the past four years. She is the player that would show up before school to get her workouts in because of the rigors of her academic schedule, and was always the last one to leave practice to make sure every player, no matter their status on the team, had a ride. She is a player that you tell people about ten years from now that you had the chance to coach… because of her career at Jefferson and the amazing things that she will do in the future.”

Congrats Catryn on an incredible and unforgettable season.