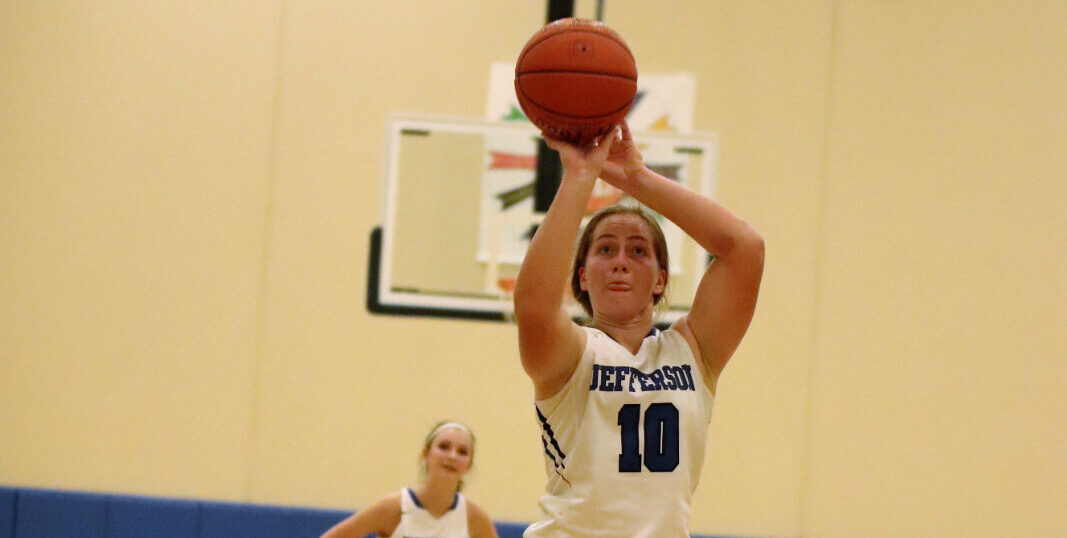 The Jefferson Blue Jays suffer a tough defeat to West County, dropping to 3-3 for the season after the 72-21 loss.

The Jefferson Blue Jays suffered a tough loss to West County last week, dropping to 3-3 for the season after the 72-21 loss.

Jefferson’s offense was held fairly silent during the game, scoring just three points in the opening quarter, against a tough West County defense.

“West county is most likely the best team on our schedule. Helped us learn that we need to work on fundamentals,” said head coach Zac McVey. “We have to get better at practice intensity and be intentional with growing as a basketball player.”

The Blue Jays were led by Catryn Cattoor’s eight points while Brittany Bittick added in three points of her own.

After facing a 27-3 deficit after the opening eight minutes of play, the Blue Jays picked up a bit, scoring nine points behind Cattoor’s four in the quarter.

Jefferson would get outscored 24-9 in the final 16 minutes of play, getting points from Cattoor, Morgan Fuller, and Natalie Dix.

“West County was a fast-paced team. This week we really hammered working on playing to a faster pace without losing our fundamental skills,” said Gabby Beffa.