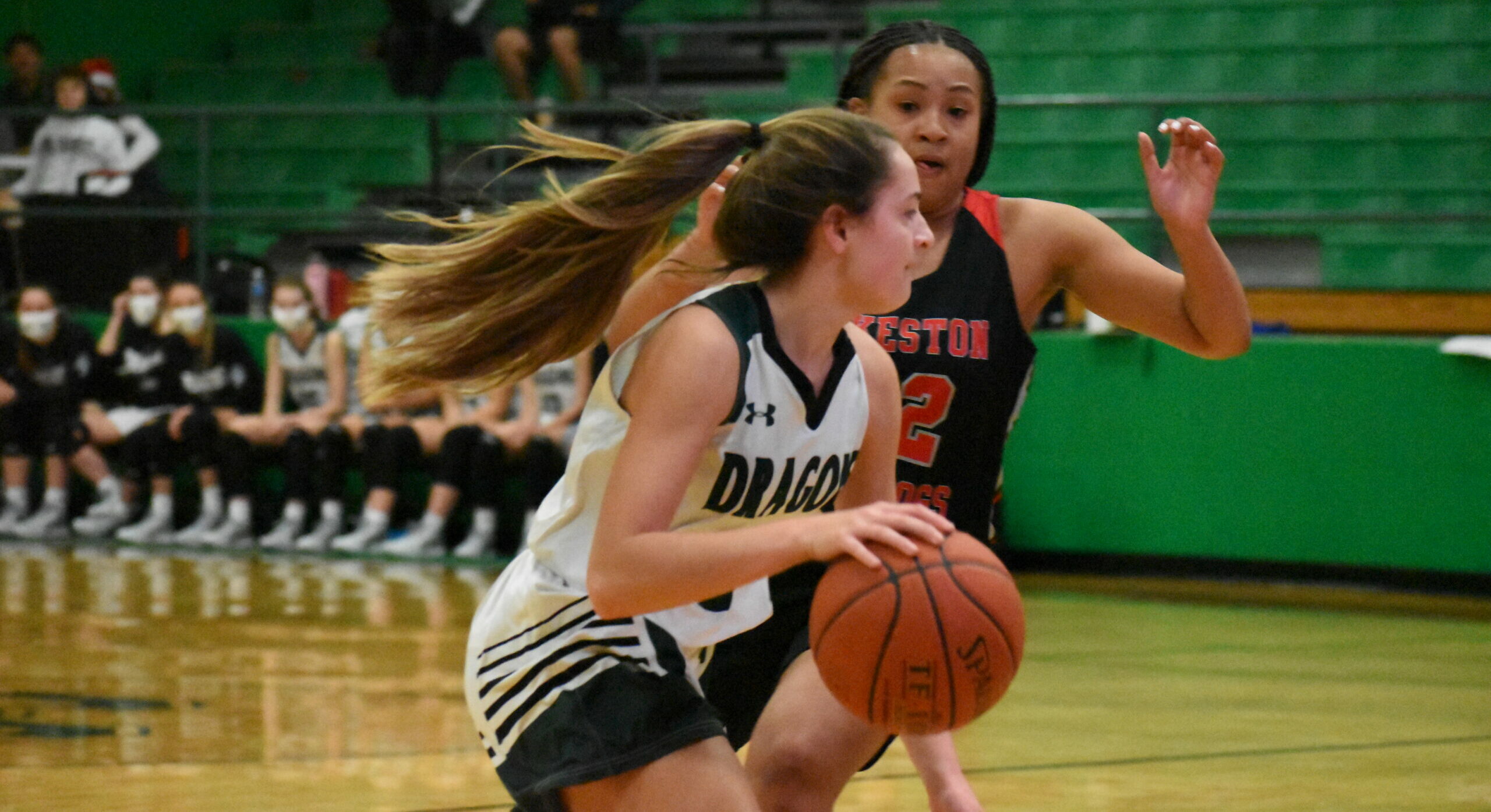 The Ste. Genevieve Lady Dragons come home to celebrate Senior Night against The Sikeston Lady Bulldogs, and the game turns out to be a true dogfight as The Lady Dragons gave them everything they’ve got. The game comes down to the final seconds, but in the end, The Lady Dragons fall 60-57, moving to 1-1 on the season.

Coming off a solid win against Herculaneum, The Ste. Genevieve Lady Dragons Varsity Basketball team celebrated its Seniors while taking on The Sikeston Lady Bulldogs. Ste. Gen was looking to grab their second win of the season, but instead got handed its first loss of the year.  A tough 60-57 defeat at the hands of the Lady Bulldogs dropped their record to 1-1.

“I feel like we played pretty good against Sikeston,” said Marysa Flieg. “I believe we could’ve improved on many things, but the main thing that stuck out to me were free throws. It always comes down to who can make the most free throws in tight games.”

In the first quarter, the Lady Bulldogs led 20-14 thanks to Karris Allen’s 10 points. The script flipped in the second, though with the Dragons owning a 16-11 advantage to trim the deficit down to 31-30 at the break.

The Dragons carried that momentum over into the third, outscoring Sikeston 14-12 to lead 34-33. In the fourth, it was a constant back-and-forth battle, however, with just over 8.0 seconds remaining the Bulldogs were on top, 60-57.

The Dragons forced a steal on the inbound play and had a chance to tie the game, but the attempt missed, and the Lady Bulldogs hung on for the wild three-point win.

“I feel like we need to stop the drive more and practice shooting so our shots will go in,” said Megan Aubuchon. “Overall, I think it was a pretty good game, but we know what we need to work on now.”

Statistically, the Dragons shot 31.0 percent from the floor and 48.0 percent from the charity-stripe. The team had a 44-40 advantage on the glass and dished out 16 assists compared to 12 for Sikeston. It’s always tough to out-produce a team statistically and still wind up on the losing end… as these Lady Dragons now know all too well.

Flieg led with a team-high 18 points, while Aubuchon contributed 17 and Sydney Bumgardaner finished with 14.

Sikeston connected on 41.0 percent from its shots from the field. Allen dominated with a game-high 24 points, while Chelsie Moore shined with 17. The duo of Allen and Moore played a key role in the fourth, scoring 14 of the 16 points.

The Dragons return to action on Dec. 19th when they’ll visit unbeaten Arcadia Valley and will try to get back into the win column. Tip-off is at 7:30 p.m.