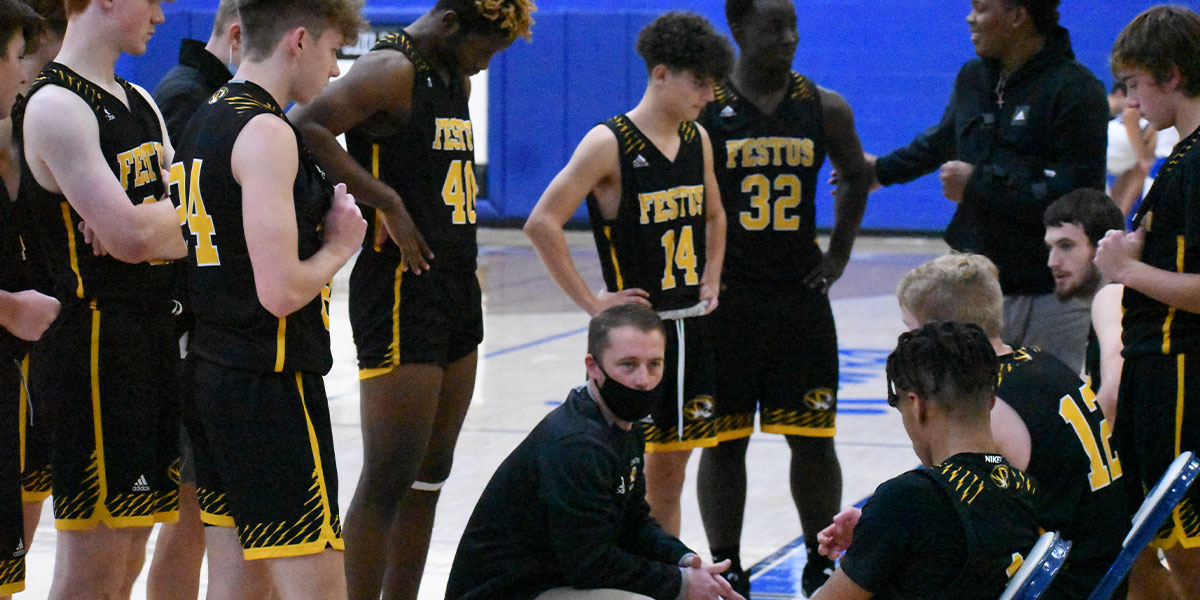 The Seckman Jaguars got the best of the Festus Tigers 73-64 on Tuesday. Festus will look to move back to .500 against Northwest on Wednesday, Dec. 9.

The Seckman Jaguars bested the Festus Tigers 73 to 64 on Tuesday night. Festus is 1 and 2 in its last three meetings with Seckman.  Festus plays Northwest Wednesday, December 9th and the Tigers will try to get back to .500 for the season.

Seckman set the tone early and jumped out in front in the first quarter. Arhmad Branch and Desmond Davis scored 10 of Festus’ 14 points in the first. They trailed 18 to 14 after one. They slowed down and fell further behind in the second. The Tigers could only muster up eight points in the quarter while Seckman scored 20. Festus went into the half down 38 to 22.

“We were not talkative enough on the defensive end,” head coach Jason Therrell said. “We had too many breakdowns on that end which led to easy opportunities for Seckman.”

Festus seemed to flip a switch at the beginning of the second half. Cole Rickermann led the charge with seven of the Tigers’ 22 third-quarter points. Seckman only managed to score 11. Festus put a sizeable dent into the once big lead. The Tigers trailed 49 to 44 into the final eight minutes. They continued to put the ball in the basket in the fourth. Branch scored six and contributed to another 20 point quarter for the Tigers. However, Seckman got back on track offensively and outscored Festus by four in the quarter. The Jaguars secured a 73 to 64 victory and handed Festus its second loss of the season.

“Offensively, we just haven’t hit our stride yet,” Therrell said. “We don’t look smooth and we are pressing because we aren’t hitting shots. We will continue to work and see what improvements we can make.”

Offensive struggles seemed to be in the back of a lot of Tigers’ minds.

“I feel like if we are patient and take good shots then we would have won that game no doubt,” Davis said.

Branch and Davis each had 15 points which led the team. Rickermann was just behind with 11. Collin Reando had seven and Collin Weinhaus had six. JD McDowell had five.

The loss pushed the Tigers’ record to 1 and 2. The mistakes this team has made early on in the season are easily fixable. As Therrell eluded to, they are a team that is going to work hard to improve in all areas. Again, Festus’ next test comes Wednesday, Dec. 9 against Northwest.