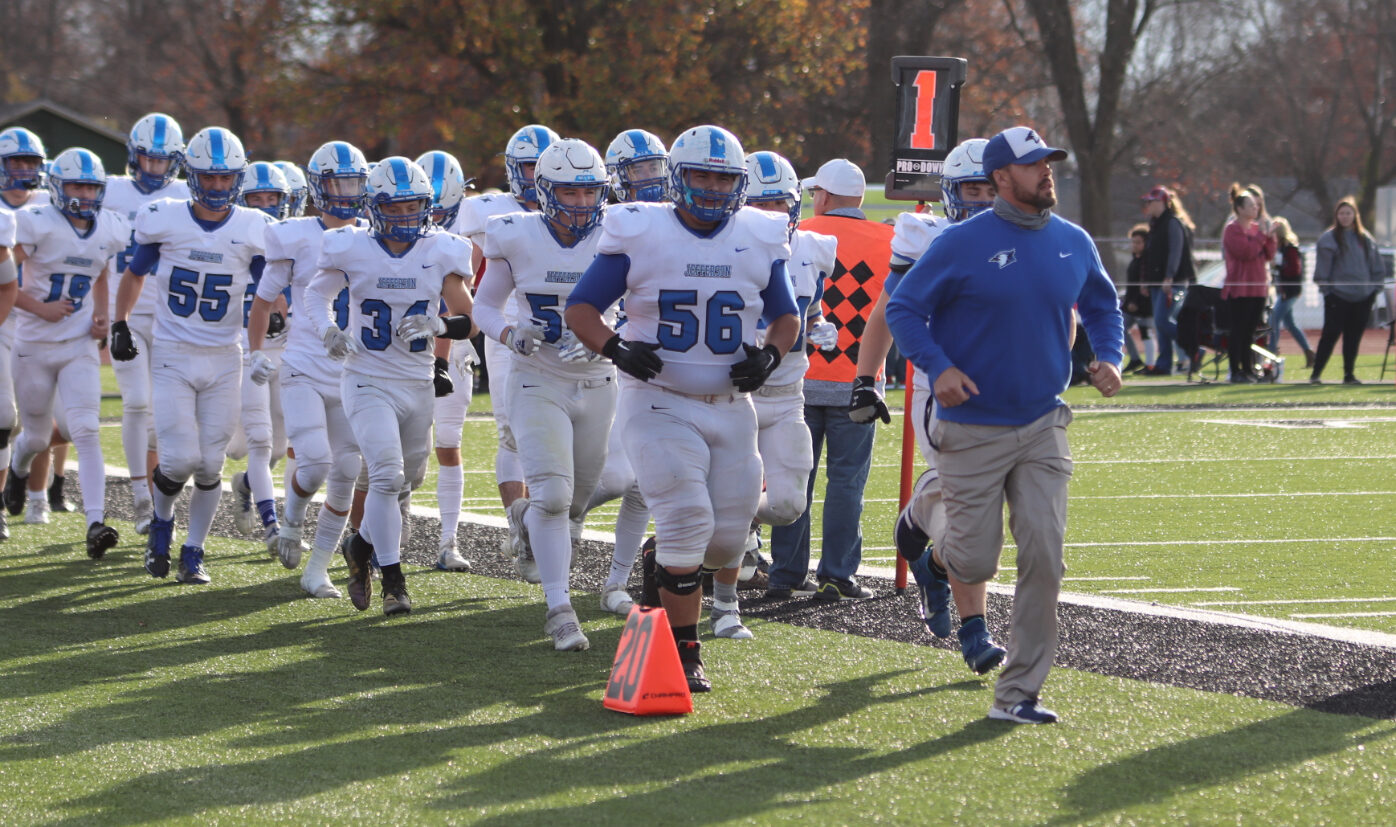 The Blue Jays high-powered offense is shut down by the Lamar Tigers, bringing an end to their triumphant season two wins too soon after a 42-7 loss in the Missouri District 1 Class 2 State Semi-Final. Despite the loss, Jefferson’s 2020 season will go down as the greatest in the school’s history.

It will go down as a season of many amazing achievements for the Jefferson R7 High School Varsity Football program. The team and the school district certainly have a lot to be proud of after the tremendous run the Blue Jays put together that led them to their first district championship, and first appearance in the Missouri State Tournament Class 2 Final Four. Unfortunately, that was where the season ended, after being defeated by the Lamar Tigers 42-7, on Saturday November 28th.

Head Coach Alex Rouggly was proud of his team’s effort, saying, “The game unfortunately didn’t go the way that we had hoped for, but our kids left everything out on the field. Which is all we can ask for as coaches.”

The defense of Lamar stifled the Jefferson running game which had been their offensive staple of the postseason. Jefferson had successfully rushed the ball for 1263 yards in their first four playoff games, but were held to just 150 yards against Lamar. Rouggly said, “We made some mistakes at inopportune times, and just couldn’t match their physicality.” 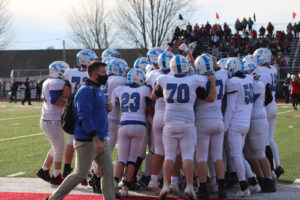 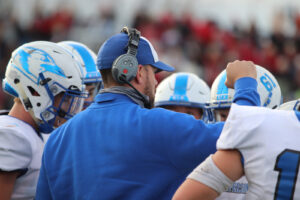 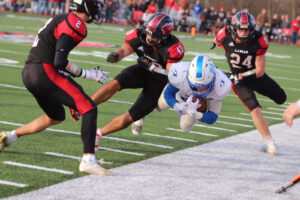 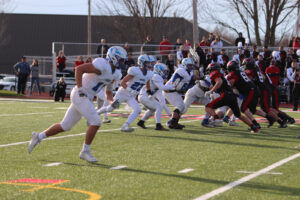 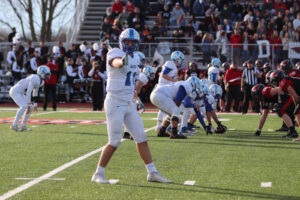 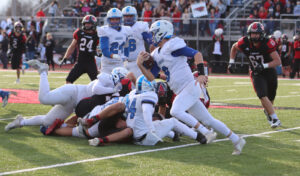 Lamar started off hot by scoring on a big 60-yard run in the first minute of play. On the ensuing kickoff, Jefferson fumbled the ball and turned it over. Lamar then punched in an eight-yard run on that next possession, putting the Blue Jays in a hole quickly. Rouggly said, “Being down 14-0 almost immediately put us in a precarious position that we hadn’t had in quite some time. That being said, our kids fought and didn’t back down. That is a testament to the fight that all of them have shown throughout this entire season.”

A third Lamar touchdown, but missed extra point, made it a 20-0 game after only one quarter. Dylan Schnitzler, one of the team’s offensive standouts, said, “It was a tough game and we just didn’t play like ourselves. However, this season was amazing and it feels great to make history.”

The second quarter wasn’t much better for Jefferson as Lamar added two more touchdowns, including a two-point conversion making up for the missed kick earlier, giving the Tigers a 35-0 lead after the first half.

Lamar kept rolling in the third, adding their final points, a touchdown at 3:35, putting the game out of reach, 42-0. 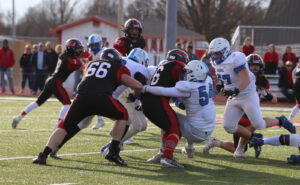 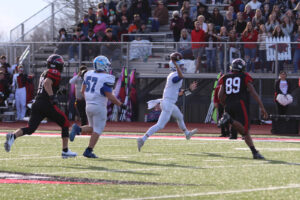 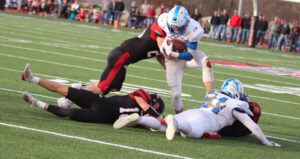 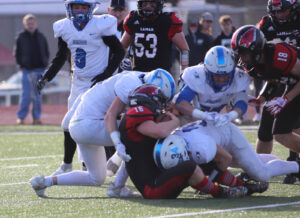 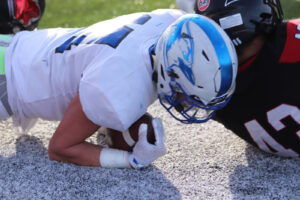 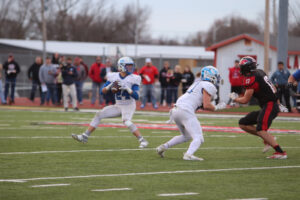 Jefferson did finally manage to crack the shutout with 5:50 left in the game on a 20-yard Will Schnitzler run. Will Breeze added the extra point, but that was all the Blue Jays could muster, making the final score 42-7. “This team never quit, no matter what happened, they fought until the last whistle and that’s why we achieved so much. This season was something I will never forget and I couldn’t be happier to be able to say I was a part of something great,” said W. Schnitzler.

The running game never really got going for Jefferson. W. Schnitzler had 11 rushes for 78 yards. The recent scoring sensation Colby Ott was held to 62 yard on seven carries. D. Schnitzler also had five runs for 18 yards. Ott commented, “It was definitely an unforgettable season and I’m very grateful for the support from the community. I’m also thankful for my teammates and coaches that got us this far. It’s something not very many people get to experience.”

In the air, Quarterback Drew Breeze threw the ball 10 times completing three for 37 total yards. Ott caught two of the passes for 21 yards, while Sean Usery had the other catch for 16 yards. D. Breeze commented, “We made mistakes on both sides of the ball. We could really tell we weren’t playing our best football. As for the season, this is the best season in our school’s history. We made our mark this year and we balled out. This is the best senior class I have ever seen, and I am truly grateful to play along side them. I’m gonna miss these guys, every single one of them. It was a great ride!”

Defensively, Ott had seven tackles leading his team. W. Schnitzler also added six tackles. Robbie Hurley was next with five tackles. Dawson Jakoubek, a defensive leader, said, “I am just so proud of my boys for never giving up on the game. I know it wasn’t the best way to end a season, but we accomplished so many goals. I am proud of the seniors for leaving a legacy that will last forever.”

The Jefferson Blue Jays had strung together an incredible seven wins in a row taking them to the final four, ending the season with an impressive 9-3 record. This was the first time in the school’s eight-year history that the team had won districts and made it to the state tournament.

Rouggly was incredibly proud of his team’s achievements, but more proud of the maturity shown by his players, and added, “Our kids grew up into men this fall. They grasped the fact that the team concept, when everyone is bought into that, can take you far in the sport that you are competing in, as well as life in general. The continued growth that our young men have shown during this season, is something that they will be able to carry for the rest of their lives. That is what it is all about.”

The Blue Jays can now relax a bit and celebrate their incredible achievements this year before buckling down and focusing on next season. 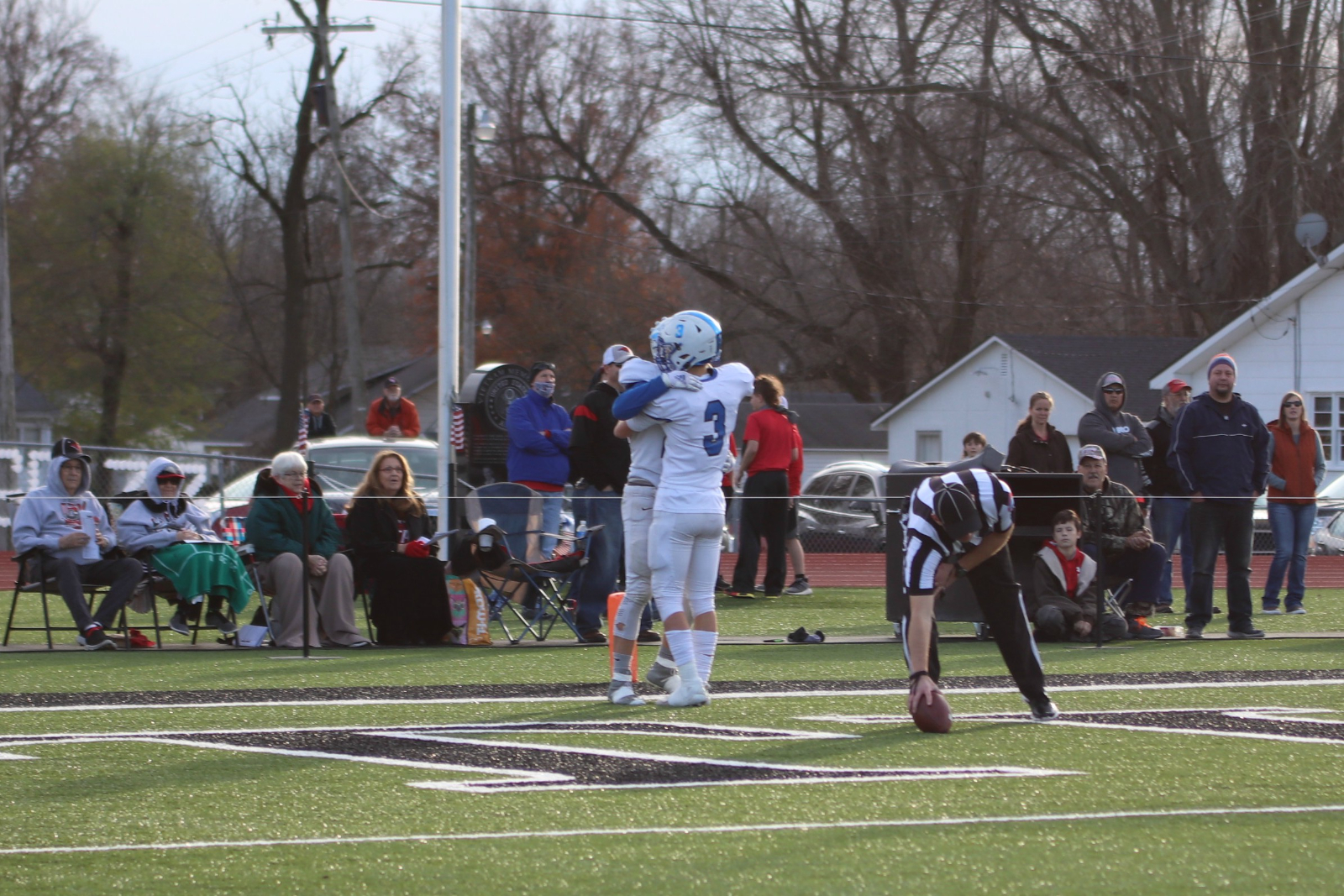